The Lexus NX 300 sails through highways and cruises through traffic crawls, the perfect combination for a city-dweller.
Zoe Ibrahim
Wednesday 17 July 2019
Safety on wheels, this baby will get you places with sound structure and gorgeous exterior. Photo: Lexus MY/Bernard Chin

Prioritising safety doesn’t mean compromising on style. This is especially true of the newly improved Lexus SUV, in which safety feels sleek and effortless gliding along the highway in an impressive solid Blazing Carnelian shell.

Rolling hills and green fields go by clearly seen through the crystal clear windows. Watching the rain roll up the windscreen and listening to the sound of silence through the soundproof walls of the car has never been so comfortable.

Available in three different variants – the Urban, Premium and F SPORT – there is a varied selection of this NX for everyone. Built with the urbanite in mind, this car embodies city-living and luxury lifestyle all in one.

Each variant has different features available. The F-Sport has the Adaptive Variable Suspension that allows the car to shifts through driving modes seamlessly. On the other hand, the NX 300 Premium includes the Blind Spot Monitor (BSM) and the Rear Cross Traffic Alert, both additional safety features that are mighty useful on the highway.

Not to fear if you’re only getting the NX 300 Urban as there are many long acronyms for the various safety features packed into all three versions. The Lexus Safety System + includes a Pre-Collision System with Brake Collision Assist, Lane Tracing Assistant, Lane Departure Alert, Active Cornering Assist and Advanced Dynamic Radar Cruise Control (DRCC) with Stop and Go function

There’s nothing funny about safety and they’re taking it very seriously while not disrupting your enjoyment of the vehicle. The system was designed to support driver awareness, decision-making and vehicle operation in numerous situations and at various speeds.

All three cars feature the Drive Mode Select, a system that allows you to switch between three preferred driving modes, Normal, Eco and Sport. Though fair warning that while revving in Sport mode, your backseat passengers may not be as comfortable as they are on Eco or Normal, so keep the Sport driving for lone wolf days.

As usual in a Lexus, the dashboard can look a little bit like a DJ’s nightly soundboard with numerous switches, levers and buttons. At first, it might seem overwhelming, but once you get the hang of what each button does it’s easy to manoeuvre – a little bit like you’re piloting the USS Enterprise.

With how warm the region is you’ll be happy to know that the button for the built-in seat air-conditioning is easily accessible. After all, the interior designers dug into usability studies to come up with the optimum dashboard; reliable and comfortable.

What really makes the car good for city driving which actually translates to traffic jams, is the DRCC function. With a flick of the lever below the indicator, you can turn the car’s cruise control to maintain a safe distance while tugging you along gently in moments of slow continuous traffic. It’s a strange sensation, letting the car pull you along like it’s a toy car on a rope, but it soon becomes clear that it’s less tiring than trying to focus on handling the brake every five seconds.

Another wonderful new touch is the Adaptive High-beam System that takes into account other drivers on the road, preventing the glare from disrupting oncoming drivers. Enjoy the luxury of your high-beam not at the cost of others’ eyesight and safety.

All in all, an effortless drive to Port Dickson and back proved the Lexus to be a comfortable and enjoyable ride with a rocking sound system of eight speakers. Knowing that there were eight airbags fitted into the car to prioritise not only the driver’s head but knees as well put hearts at ease to glide across Malaysian roads.

Our favourite feature on the highway though was definitely the DMS for seamless mode transitions and the BSM because it makes spotting those Speedy Gonzales Myvi’s in the corner much easier.

If the rich Blazing Carnelian isn’t for you, the NX comes in six other colours depending on the variant including a gorgeous Sonic Titanium, Amber CS, Red MC CS, Sonic Quartz and Graphite Black GF. These beautiful cars are fully imported CBU and are known to have the lowest maintenance amongst luxury cars. 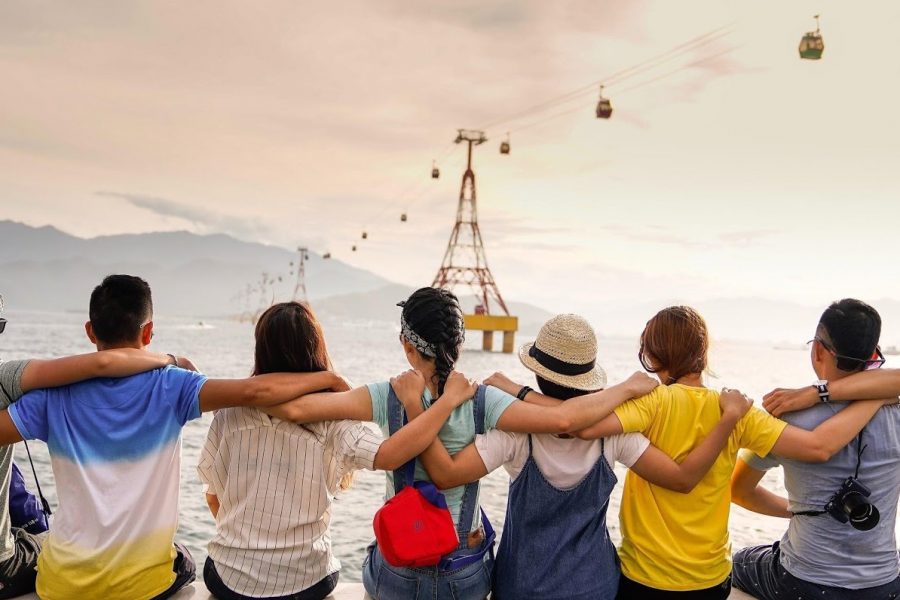 How to Live A More Meaningful Life
By Sandeep Dhanoa