10 Ways to Protect Your Home From Unfriendly Things

Because the paranormal world is not for everyone.
D.Kanyakumari
Friday 8 January 2021 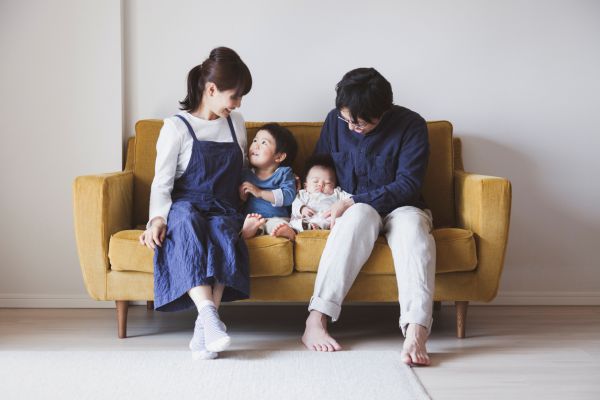 Haunted houses are thrilling, but not when it's your own house. Photo: iStock

This article is an excerpt from UNRESERVED’s October 2019 issue from the article 10 WAYS TO PROTECT YOUR HOME.

A moving shadow that’s not yours, falling objects, flying curtains and worst of all, unexplained odours and scents in the absence of a third person – sounds like a scene from a horror movie, doesn’t it? Should you ever encounter such disturbances, these tips on how to eliminate them from your home might prove useful.

It is said that if you keep a Tulsi plant at home then evil cannot cause any disturbances. Tulsi is a form of the Hindu goddess of wealth and prosperity, hence she becomes the protector of the household from evil spirits. Plant a Tulsi in a small flower pot and water it regularly. This way you can keep evil at bay.

This is one of the most important symbols in Hinduism. The four blades point to four different directions. This also represents the sun and its power. The swastika is one of the 108 symbols of Lord Vishnu and it has been used as an emblem of peace and prosperity in Hindu homes since ancient times. To ward off evil spirits, hang a swastika on the entrance door. According to some Hindu beliefs, it secures your home from any evil influences.

Light a small oil lamp every day after your bath in the morning and evening. It is believed that by doing so you keep the light of God and wisdom burning in your home. This is also a symbol of your devotion to God. Since light and darkness are opposing forces, lighting a lamp will keep all evil spirits away from your home.

Asian Feng Shui experts believe the willow tree attracts “Yin” energy. The reasoning is because of the downward growth and the fact that the branches dangle whenever they move. This movement apparently mimics “floating” objects which is believed to attract spiritual entities.

According to Feng Shui Nexus, each home has what is known as “the line of the spiritual gates”. The path to this realm is a straight line from the northeast corner to the southwest corner of the home. Experts say that the former is the “outer gate of the spiritual realm” while the latter is the “inner gate”. So ensure that the kids’ rooms are not located anywhere along the line as they may be more prone to “disturbances”.

Be wary of figurines and statues.

It is said that if someone burns incense, brings offerings, or prays to a statue, it can get enchanted. Once the statue is enchanted, spiritual beings can dwell inside. Although the nature of the spiritual beings would be dependant on the intention of the prayers, it is said that abruptly halting worship of a figurine or statue makes it an “empty house” for any spirit to reside.

According to Media Maklumat, paranormal beings like clutter. “Clutter results in darkness or rather dark spots where there is a perpetual shadow, making it the ideal spot for supernatural beings to linger.” So clear things out, keep it tidy and don’t leave personal items to pile up even if it’s in a storage room.

An occult practitioner says that spirits desire empty spaces. Similar to what is believed by the Chinese, when a space is empty, spirits good and bad will desire to occupy that space, thus it is advisable to occupy and use all the spaces in the house. “Even the storeroom, move e things in there around every once in a while,” he says.

Regardless of religion, the general rule is to stay positive and to surround the home with positive thoughts and vibrations. One can do this by praying, meditating, diffusing essential oils and listening to or playing hymns. Ultimately, a positive environment leaves no room for darkness to occupy.

Two open doors should not be opposite.

It is said that two doors facing one another can be a “portal” to otherworldly beings. In cases where this cannot be avoided due to existing architecture, homeowners are advised to close at least one of the two doors. In cases when both doors are left open, it is advisable for homeowners to greet the “empty” home before entering.

Related: Have You “Met” the Most Notorious Ghosts in the World?