From independent creators and giant producers, sink your teeth into these treasures of animated pictures.
Najihah Rashid
Wednesday 25 August 2021 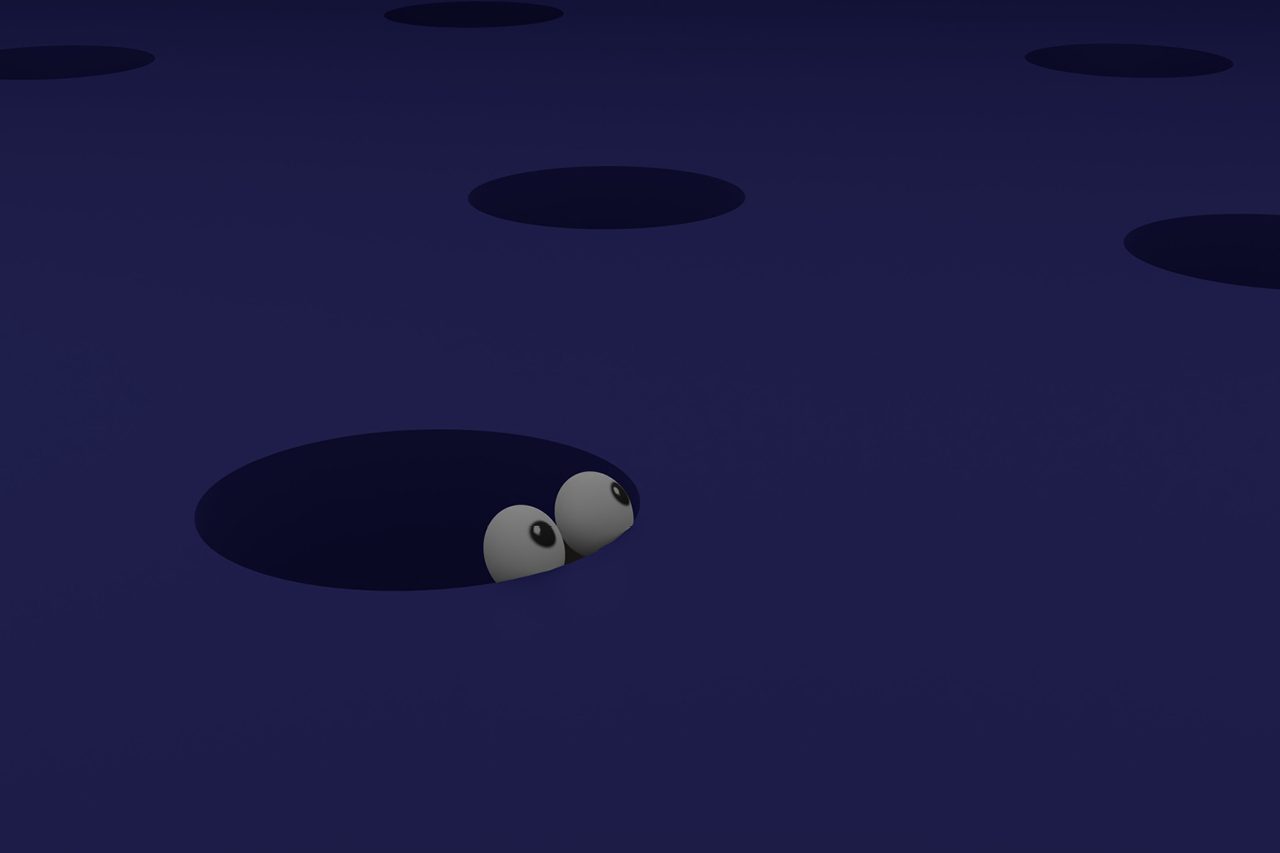 In a time where a sizable portion of the world’s audience is paying attention to blockbuster movie franchises and TV series that constantly keep you on the edge of your seats and anxiously waiting for the next episode to air, UNRESERVED is taking you back through the archives, and we invite you to rediscover these underrated animated movies that definitely deserve more recognition, be it for their riveting plot, their phenomenal animation, or just for the sheer singularity of it all.

1. My Life as a Courgette

Stop-motion animations are true labours of love. 54 ten-inch puppets were made for this film, and most of the film was shot on handcrafted sets. Although it’s classified as a comedy-drama and portrayed in technicolour, expect a story that will tug at your heart.

Claude Barras, the film’s director, described the movie as an “homage to neglected and mistreated children who do the best they can to survive and live with their wounds. Courgette, [the] hero, has been through many difficult times and, after having lost his mother, he believes he is alone in the world.”

Although the movie went on to secure many nominations—a Caméra d’Or in 2016 and an Academy Award in 2017—and won multiple awards—two Lumières Awards and two César Awards—it still flies below most viewers’ radars.

Don’t let the colourful appearance fool you; this claymation tackles tough issues such as loss and trauma. And unlike most movie portrayals of orphanages, in My Life as a Courgette, it’s shown in a positive light. “I wanted to show an orphanage that protects kids rather than abuses them,” Barras said. He lived in a care home as part of his research for the film.

2. Kubo and the Two Strings

If you think animating 54 ten-inch puppets for a stop-motion feature is an astounding feat, Kubo and the Two Strings is about to up the ante. The studio, Laika, built the Giant Skeleton, which stands at sixteen feet tall, weighing an impressive 400 pounds—and animated it in the visually stunning Hall of Bones sequence.

The tale is set in feudal Japan, and is a “magical tale that feels both ancient and fresh”, as The Washington Post puts it. The movie received a string of award nominations: Academy Awards for Best Animated Feature and Best Visual Effects (but it lost to Disney’s Zootopia and The Jungle Book respectively); and the British Academy Film Awards (BAFTA) for the Best Animated Film in 2017.

With such enormous efforts put into its creation, it’s definitely worth the binge-watch.

In many ways, this film was set up to knock it out of the park, as most Disney animated films do. It has a melancholic storyline, magic, and a star-spangled voice cast which includes Tom Holland, Chris Pratt and Octavia Spencer. Unfortunately, the pandemic swept its potential away, and it is considered to be a box office bomb, since the budget offset the revenue by about US$50 million.

While they stick to their successful formula, Pixar also introduced its first ever openly gay character, a lesbian police officer. Unlike previous Pixar characters that are suspected of being LGBTQ, here, the character reveals her orientation in a subtle remark.

In Onward, the two elven brothers go on a quest to bring back their deceased father for a day. Though the ending is not as many expect, that reversal of fortune might just make the story an even more compelling watch.

4. The Secret of Kells

Lovers of folklore, rejoice. This 2009 animated film tells a fictional story of the creation of the Book of Kells by an elderly monk Aidan and his young apprentice Brendan, who struggles to work on the manuscript in the face of destructive Viking raids.

Just like Kubo and the Two Strings, this film was nominated for Best Animated Feature at the Academy Awards, but was snubbed for Disney’s Up. Despite that, multiple reviews came back positive, many applauding its unique and ornate design, and the nod to Irish mythology and Celtic culture.

And when you’re done with this film, dive straight into Song of the Sea and Wolfwalkers for its continuation.

5. The Tale of the Princess Kaguya

Although many of us are well-acquainted with Hayao Miyazaki’s works such as My Neighbour Totoro and Howl’s Moving Castle, today, we are turning your attention to his Studio Ghibli co-founder Isao Takahata’s final directorial work, The Tale of the Princess Kaguya.

Although the hand-drawn world appears simple, this historical fantasy remains Japan’s most expensive film to date. It brought home dozens of accolades, including an Oscar nomination for Best Animated Feature Film.

Unlike the Disney-Studio Ghibli creations, this story does not intentionally seek a happy ending. It instead sets its viewers up for an exploration into the torment of goodbyes.

Your search for an all-ages fun animated film is over. Mr. Peabody and Sherman will take you (and young ones near you) on a journey into the past, where everyone will get snapshot experiences of living in the times of Marie Antoinette, King Tut, and even Agamemnon.

While many discount its mid-century aesthetic, we look to the heart of the film and applaud the filmmakers’ attempt to address xenophobia in a digestible way for its young audience, while exposing them to many historical figures to nurture their curiosity.

Visually, Rango is an antithesis to the stereotypical animated animal movies, where everything (and everyone) is symmetrical, perfect and in technicolour. Here, the animals are presented in a darker light; they are rugged and have flaws. These qualities give the characters depth that goes beyond what the filmmakers chose to present in the movie.

While it’s a huge commercial success, with plenty of honours to its name, we have yet to see another animated film executed in this manner. It may be a deviation from the standard, but it is undoubtedly a breath of fresh air for the genre.

Based on a best-selling novel of the same name, The Breadwinner tells the story of an 11-year-old Afghan girl living in the war-torn country. Due to its limited release, the film did not perform as well. However, it did receive a nomination for Best Animated Feature at the 90th Academy Awards.

Despite being an international co-production between Canada, Ireland and Luxembourg, it included the Afghani perspective in many ways. The screenwriter, Anita Doron, worked with the American-Afghan artist Aman Mojadidi to strike a balance between Afghani and universal perspectives. In an interview with its director Nora Twomey, it is revealed that the team brought in people who had fled Afghanistan and the Afghan Women’s Organisation. Half the cast are Afghan, or have parents of such descent.

The Good Dinosaur is a specimen of a simple story well told. The main charm of this film is its stunning animation work and the most breathtaking landscapes you will ever see in a computer animated film.

While we are used to richer storytelling by Pixar, the fantastic sceneries alone are enough to captivate its audience, therefore making it a worthwhile experience.

Speaking of fantasy, ParaNorman is one you should tune in to for a serving of dark fantasy with a dash of comedy. From the creators of Kubo and the Two Strings, you can expect similar qualities between the two films. The production is the first stop-motion film to use a 3D colour printer to create character faces, and only the second to be shot in 3D.

This movie tells the story of a teenage boy, Norman, who can communicate with ghosts and is tasked with ending a 300-year-old curse on his hometown in Massachusetts. Although it lost to Brave for the Academy Award and BAFTA Award, it made waves when the movie became the first-ever PG-rated movie to be nominated for the GLAAD Media Awards for the character Mitch, who is the first openly gay character in a mainstream animated film.

A zany collection of personalities can be seen in this one film. Though the premise is pretty similar to Mr. Peabody and Sherman, Meet the Robinsons is about one boy’s quest to find a family. Unfortunately, in his case, he finds it in the future, and for that to come true, he has to travel back to his timeline.

The soundtrack of this underrated animated movie does it justice too. Rob Thomas of Matchbox Twenty recorded the emotional song, “Little Wonders”; the Jonas Brothers their energetic “Kids of the Future; and The All-American Rejects their techno-rock “The Future Has Arrived”.