The trials and tribulations of being friends with a Najib fan.
Shirley Knott
Sunday 23 September 2018 Waving to all his supporters out there. Photo: Mohd Rasfan/AFP

It’s been over a hundred days since GE14, and already my life has completely changed.

I’ve started reading the local news again, and have become used to a deluge of truly shocking revelations, from the scandalous (our debts and liabilities have soared past the trillion ringgit mark!) to the ridiculous (she has 14 tiaras!).

Another after effect of the elections – it feels like my friends, acquaintances, colleagues and I are now all on the same hopeful page. We roll our eyes at the spate of alarming outbursts. We frantically WhatsApp each other on the latest report of political transgressions. We are all in this together.

Or so I thought.

Because, yes, I actually have a close friend who is a staunch Najib supporter. And it’s not like she is supporting him in a satirical or even devil’s advocate kind of way. She really thinks Najib was a good Prime Minister ‘who wasn’t perfect’ and without his leadership Malaysia would collapse under an apocalyptic future of race riots and financial ruin.

In the sorrow scale, potentially losing a best friend might be less than suffering through a death, but it’s still painful.

So if you ever find yourself in the unfortunate position of having someone close to you admit to being a Najib supporter, here’s how to apply Elisabeth Kubler-Ross’s theory on the five stages of grief to explain the emotions you may go through.

DENIAL
“I don’t believe it!” I yelped incredulously to another friend. “I know, I don’t understand it myself, maybe she’s been brainwashed,” she whispered back.

So that must be it.

Our good friend must have fallen in love with a Malay supremacist and now he’s lured her into a dark rabbit hole of conspiracy theories and sinister plots. Or maybe at a very vulnerable moment in her life she’d been influenced by some weird group on the dark web without her even realising it. I mean seriously, seriously, she cannot be doing this on her own free will. This cannot be happening.

ANGER
“But, but, but he’s a corrupt, racist, thief!” you holler to your friend. “Don’t you read the news!” How could anyone who is educated and intelligent possibly think that someone who stayed in power through hate and fear should be our leader! Nothing was safe from him, the opposition, minorities, religion, judiciary, financial institutions, media! While you shake in anger like a mad person your friend calmly looks at you and replies in a reasonable voice: “Well, who started those policies? It’s the person who’s leading our country now.” As you blubber, “It’s not the same thing!” she smiles beatifically, certain of her convictions.

BARGAINING
You want this friendship to continue so you start negotiating with her. OK, I accept Mahathir was an authoritarian who played a role in building a flawed political system if you accept Najib is a pampered kleptocrat who stayed in power through money politics. “OK,” she agrees. “And?” I say. “I still support Najib,” she replies. I sigh.

DEPRESSION
Will this cycle of hatred never end? Suddenly all the pro-Najib comments on Malaysiakini take a more ominous tone. And I’m noticing more and more frightening feeds on social media supporting our ex-PM. I start thinking 50 people turning up for opposition rallies is huge. I reach out to my other friends who shrug and say: “Don’t worry, she’s not the norm, she’s just crazy.”

ACCEPTANCE
As much as I hate to admit it, I guess in a true democracy we are all entitled to our own opinions. After all, weren’t we fighting for freedom of speech and the right to state our opinions however repugnant they may be? I just have to accept that while I still think my friend is very, very wrong, there are many sides to a person and she is essentially a good person regardless of her misguided political affiliations. 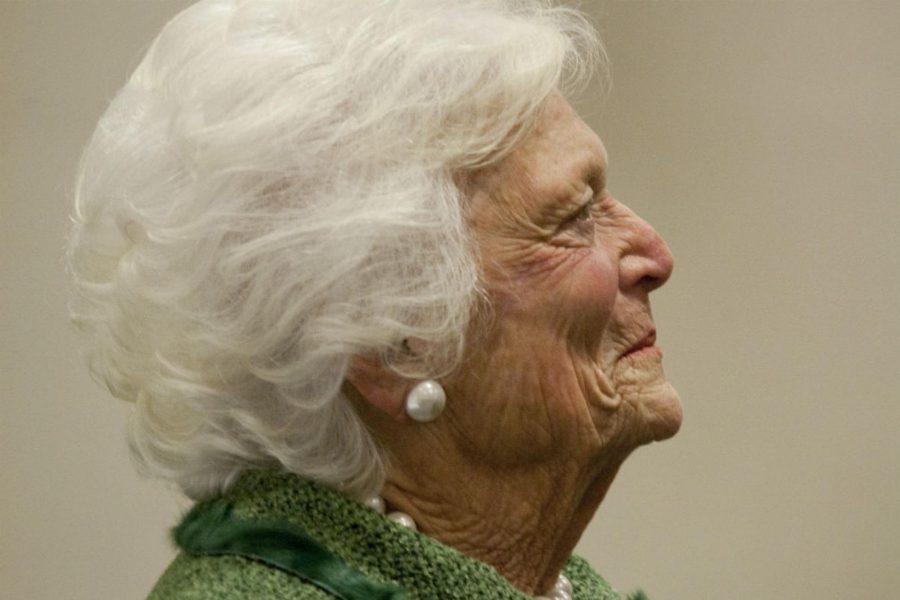 Barbara Bush, former US First Lady, dies at 92
By Andrea Tim
Who or What is Responsible for Rampant Deforestation?
By Iman Effendi
The Philippines Frontliners’ War Against COVID-19
By Sherelyn Goh