7 Shows to Watch to Get Your French On If English TV content is not enough to feed that insatiable appetite for entertainment, then we suggest you turn to its French counterparts. And if you don’t know where to start, these five should do the trick. Emily in Paris may not necessarily be filmed in French, but consider this your introduction to the world of French TV series. Interspersed with exquisite French expressions and stunning Parisian scenarios, Emily (Lily Collins) takes viewers through an experience that allows them to analyse cultural and linguistic barriers from both perspectives.

Though it’s mostly criticised for its idealistic storyline and excessive use of clichés—do the French really smoke that much?—it’s a great series to escape into if you’re willing to be light-hearted about it.

The series is renewed for a second season, and our Editor in Chief begs the question –

“but will Emily actually develop a character?” This espionage thriller requires no introduction. Upon the release of its first season, Lupin has gained international interest and snagged itself a place in Netflix’s Top 10 shows to watch. And who can blame the fans? The series strikes a perfect balance between humour, mystery, drama and suspense.

Starring Omar Sy as Assane Diop, the modern gentleman styles himself after Arsene Lupin, a fictional thief and master of disguise created in 1905. Inspired by the book that was given to him by his late father, Assane is on the vengeful quest to reveal Hubert Pellegrini’s crimes.

Watch the premiere season ASAP, the next is coming to you in mid-2021. Do you wish to take a peek into the world of talent agency? In the star-studded Call My Agent!, agents scramble to keep their star clients happy and their business afloat after the sudden loss of the head of the agency.

If you’re traumatised by shows that get cancelled mid plot, this French series has it all tied with a bow after four satisfying seasons. Marseille is what you get when you cross a spicy telenovela with a political drama. Expect huge turns of events across the two seasons. Two men, the incumbent Mayor of Marseille (Gérard Depardieu) and protege-turned-foe Lucas Barrès (Benoît Magimel) vie for the love of their city.

Drugs, corruption, betrayal, the whole nine yards, plus domestic drama move the plot of this show, so get comfortable in your seats; it’s going to be a riveting one. 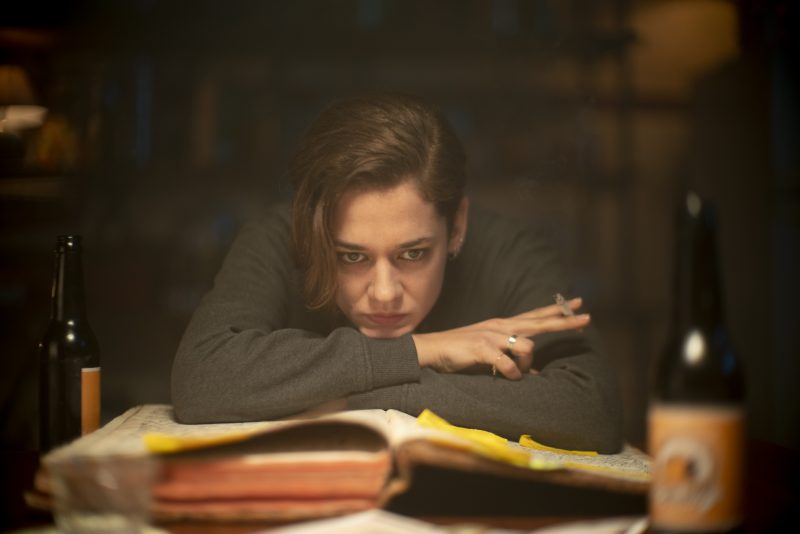 Every horror writers’ nightmare: that fictional monster you wrote crosses over to the material world. And worse, it insists that you continue writing in order to feed its ego.

Emma Larsimon (Victoire Du Bois) is one such writer. She returns to her gloomy hometown of Elden, where the demon witch has wreaked havoc by possessing her childhood friend’s mother’s body.

Marianne is no longer getting renewed, despite its success. However, it will be a long time before viewers forget the maniacal look in Marianne’s eyes and the creepy hex bags hanging from the ceiling. Set during the construction of the Palace of Versailles during the reign of Louis XIV (George Blagden) the French show takes viewers through lush gardens, opulent wardrobes and myriad scandals.

In order to force the French nobility into submission, the King moves the court from Château de Saint-Germain-en-Laye to his father’s former hunting lodge. Now displaced from familiar surroundings but compelled to be close by the King, the nobles fell to the King’s plan: to trap them in an ornate cage and distract them with decadence.

The show is reported to be the most expensive French TV series of all time, with a budget of US$33 million for its first season alone.

It seems like period dramas are having a moment, and not just in English. In La Révolution, viewers travel back in time, to a reimagined 1787 to be exact.

An unknown virus, aptly named the blue blood, is turning the French aristocracy into zombies, driving them to murder ordinary people and simultaneously fueling a revolution. The pilot alone is enough to hook you onto the show, with rumours of cannibalism combined with police coverup, the crown’s involvement, forbidden love and political unrest.

More than anything, the historical drama is a spooky fantasy. Indulgent, bloody and mysterious. The series is starred by Marilou Aussilloux as Élise de Montargis, a sympathetic noblewoman and Amir El Kacem as Joseph-Ignace Guillotin, the eventual inventor of the guillotine.