All the iPhone 12 models will be equipped with 5G.
Sherelyn Goh
Thursday 15 October 2020 "Today is the beginning of a new era for iPhone," said Apple CEO Tim Cook at their recent launch of iPhone 12 models that will use 5G. Photo: Apple

“We are going to introduce 5G across our entire lineup of iPhone models,” Apple chief executive Tim Cook said at a streamed launch event from the company’s headquarters in California. “Today is the beginning of a new era for iPhone.”

The new lineup of iPhones was expected to ignite a surge in interest in smartphone upgrades to take advantage of the faster networks.

Apple joins other handset makers including Samsung and Huawei in introducing smartphones taking advantage of the growing 5G footprint around the world, which could open up new markets and technologies. 5G networks are touted as promising an exponential leap in the amount and speed of wireless data, enabling advances in self-driving vehicles, virtual reality, connected health and more as sensors and servers communicate instantly.  Its growth could also be a catalyst to revive a sluggish smartphone market.

Total smartphone sales were down 16% year-on-year in the second quarter, according to research firm IDC.  Apple also introduced a new version of its HomePod smart speaker standing just eight centimeters (3.3 inches tall). The HomePod mini, which responds to voice commands and plays music, will start at US$99.

Here is a breakdown of the new phones.

The iPhone 12 is the successor to the top-selling iPhone 11 launched last year and has a display of 6.1 inches. At a starting price of US$799, it will be available 23 October in more than 30 countries.

The handset will be powered by Apple’s own A14 Bionic processor with a dual-camera, using what the company called “computational photography,” or digital technology to get the best images in all conditions.

Apple said the iPhone 12 will use a “smart data mode” that will assess 5G needs and balance speed and battery life automatically.

Apple calls the iPhone 12 mini “the smallest, thinnest, and lightest 5G smartphone in the world,” with the same features of its larger sibling packed in a smaller form factor.

Using “edge-to-edge display,” the iPhone 12 mini is able to offer a 5.4 inch display, larger than that of older models like the iPhone 8 but in a smaller package. Priced from US$699, the mini will be available 13 November.

All iPhone 12 models also offer connections on multiple 5G bands including the “millimeter wave,” described as the fastest 5G technology.

Both the iPhone 12 and 12 mini have Apple’s “Super Retina XDR” display for color management, water resistance and wireless charging.

With a steeper starting price of US$999, the iPhone 12 Pro is packed with the most features, notably Apple’s latest camera technology which delivers better night performance.

The handset uses “surgical-grade stainless steel” and a nano-ceramic infused display which the company says is “tougher than any smartphone glass.” The Pro models also connect to multiple 5G bands to reach top speeds of up to four gigabytes per second even in densely populated areas.

Apple claims its Lidar scanning technology offers the ability to measure light distance and use pixel depth information to deliver better augmented reality experiences and improved photos and videos at night. The iPhone 12 Pro includes a seven-element lens with an ultrawide angle feature giving a 120-degree field of view, along with a 52 mm focal length telephoto lens. It will be available October 23 in more than 30 countries.

The most expensive of the new iPhones, the iPhone 12 Pro Max starts at $1,099 and has the same features as the iPhone 12 Pro with a display of 6.7 inches. Apple maintains that the largest of its lineup “takes the pro camera experience even further” with improved sensors for low-light conditions and a longer 65 mm telephone lens. 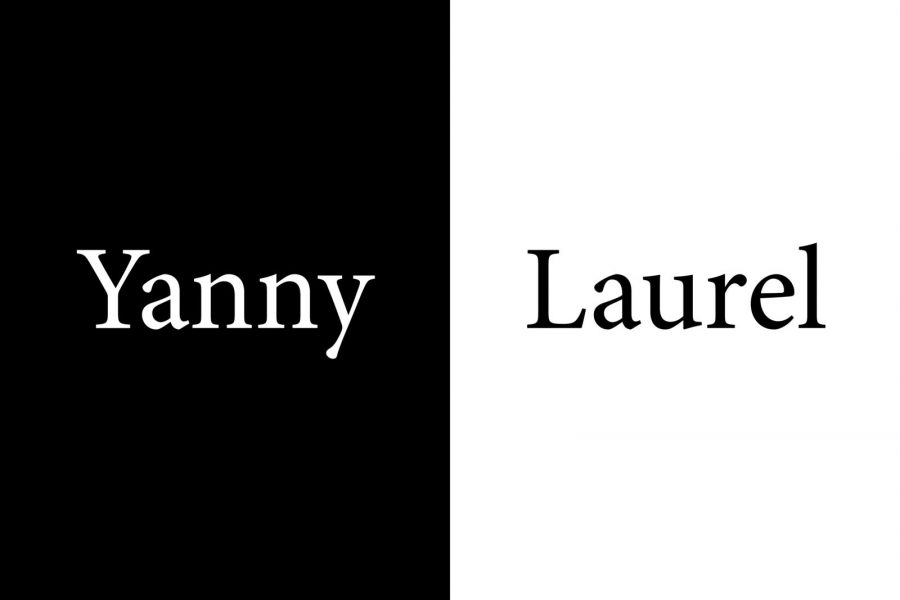 Yanny or Laurel: You May Be Wrong
By Andrea Tim
Fighting Against Fake News
By