Here's Why It Doesn't Pay to be an Adrenaline Junkie

A meditation on the lost souls who get caught up in the traffic of epinephrine.
Andrew Leci
Thursday 27 December 2018 A base jumper leaps off a building in Kuala Lumpur. Photo: iStock

Carl Boenish once said, “I don’t want to grow old, or grow up.” And he didn’t. In 1984, at the age of 43, he died in Norway as a result of a failed BASE jump. No one knows what went wrong – any number of things could have – but he had made a successful double jump with his wife the previous day, so there was no undue cause for alarm, other than the fact that hurling yourself into the ether off the side of a mountain thousands of feet in the air is inherently dangerous.

FREEFALL
There is only the earth beneath (usually quite obdurate in texture) and nothing to impede your fall other than a parachute, to be judiciously deployed in timely fashion. Later rather than sooner is the key for maximum effect, prolonging the freefall and extending the thrill. That’s the theory, and in most cases, the practice.

BASE stands for ‘building, antenna, span, earth’, and is among the most dangerous pursuits human beings have invented. It’s considerably more precarious than parachuting from a plane, as the height from which the jumpers launch themselves is invariably lower, meaning that reaction time to problems or equipment malfunction is exponentially reduced.

SAFETY CHECK
The United States Parachute Association, for example, sets a minimum opening altitude at 2,000 feet, and the parachute itself takes between 600 and 1,200 feet to open fully. Parachutists also have reserve/secondary chutes that can be deployed should the main one fail, and even at 600-700 feet above the ground (‘splat
level’ is, I think, the technical term), the jumper can still land safely. With BASE jumping, if you make a mistake; a bit of kit doesn’t work as it should; you die. Almost certainly. It’s the frisson, facilitated by free will.

DRUG OF CHOICE
Why people do it is a very good question, and almost certainly has something to do with a marvellous wonder drug manufactured naturally in the laboratory also known as the human body. It was pioneering endocrinologist Napoleon Cybulski, who in 1895 first isolated and then identified the secretions from the adrenal glands – a substance we now know as adrenaline. The medical fraternity refers to it as epinephrine – hence the ‘EpiPen’, for those whose writing is on the wall.

Cybulski was among the first to recognise that adrenaline can have remarkable effects on the physiology of any number of organisms. Adrenaline is a neurotransmitter, a hormone and is often used as a medication – for cardiac arrest, asthma, anaphylactic shock, boredom – as it increases heart rate, elevates blood pressure, redistributes blood to the muscles, and generally makes average human beings feel a lot better about themselves. ‘Superhuman’ sometimes, for the particularly hormonally suggestible, but definitely more excited, often euphoric and, as many thrill-seeking adrenaline junkies have suggested, ‘alive’.

It’s released in the body automatically following a strong emotion – excitement, fear, anger, or the sensing of danger – and it gets us going, lights us up, and informs the ‘fight or flight’ response of many animals by activating the sympathetic nervous system with the release of hormones and maximising blood glucose levels to the brain.

FOOLS RUSH IN
This could explain why so many people turn to adrenaline-fuelled activities in the name of what can only be described as hobbies, putting their lives on the line in pursuit of the ‘rush’ that most people will never experience. But then who wants to work in an office when you can risk your life on a regular basis? The answer appears to be: all but a few of us.

Carl Boenish made a brief career out of it – it was the footage he shot and helped put together that made the film The Gypsy Moths (1969) such a success. In terms of action and verisimilitude, it was more real than anything previously seen in cinema. He produced some stunning shots of skydivers throwing themselves out of planes and descending precipitously, by doing just that himself; and filming it. The movie, many have said, was a crucial stage in the development of BASE jumping.

BIRD? PLANE? BASE JUMPER?
Boenish was clearly a sensation seeker, and eloquently explained why he liked doing what he did… before he died. “You have a feeling of freedom and power… and you think, wow, I feel like Superman.”

We get the attraction, but the logic’s shakier than a poorly fastened tightrope. Superman didn’t have to worry about gravity, and besides, he was fictional. I mean, come on Carl, get a grip. One big enough to contain a parachute that works would have been ideal.

FINE LINE
Thrill seeking is generally regarded as a personality trait, and if we accept the fact that personality traits have a genetic base (some suggest that they are as much as 50% hereditary), Boenish only has his parents to blame for his life, and death. As perhaps does Dean Potter. Or should I say, ‘did’.

Potter was a free climber, a BASE jumper and a highliner… with a difference. In free climbing you’re allowed to use equipment – for safety, not to assist progress. He didn’t use anything. Highliners are encouraged to use harnesses to avoid potential death.

Potter wasn’t having any of that either. Just watching the man in action induces heart palpitations and cold sweats, even accepting the fact that you know he’s going to make it across from one unnervingly high promontory to the next. It’s even more uncomfortable than watching Donald Trump deliver a speech without a teleprompter.

BALANCING ACT
Potter was hardcore, especially when he highlined across two peaks in the Yosemite National Park in California, no less than 2,300 feet above solid rock, with no more equipment than a pair of trousers. “My biggest philosophy is freedom,” said Potter, when he was alive, “so yeah, do what you want. If you want to kill yourself, you know, that’s unfortunate, but I believe you’re free to do so.”

More balanced (only on a tightrope, I suspect) than articulate, he was, by his own admission, a loner – relishing solitude and probably suffering from the kind of temperamental dysphoria that is often accompanied by agitation, depression and anxiety. Releases will always be required, and Potter found his – the seemingly relentless quest for evermore dangerous pursuits that ultimately led to his premature death at the age of 43, just like Carl Boenish.

Coincidental? Not really. Just ask any actuary. Perhaps use of the word ‘premature’ is inappropriate. He must have known that it was going to happen. The question was ‘when?’ Believe it or not, this is also part of the allure.

NOTHING TO FEAR, EXCEPT…
Confronting danger requires courage, and the definition of courage, in my opinion, is tri-faceted. 1) recognising fear, 2) accepting it, and 3) overcoming it nevertheless. Those who genuinely ‘have no fear’ are psychotic. Those who actively, consciously court danger are anthropological outliers.

The fact that Boenish and Potter avidly sought and created situations in which they would put their lives at risk, tells us a lot about the thrill seekers for whom a nine-to-five job, a couple of kids and a mortgage, are never going to be enough. Scientists have discovered that there are similarities between the brains of drug users and the jeopardy junkies who accept the deal they make with fate in pursuit of the rush to which they have become addicted.

There is a thin line, however, between normal and pathological behaviour. The undesirable dysphoria that transforms into highly desirable, dopamine-charged euphoria that characterises many adrenaline addicts, would light up the obsessive-compulsive spectrum. Dopamine satisfies the brain’s pleasure reward system, and the sensory cues keep individuals coming back for more and more, until they hit the wall, or something equally unforgiving.

EDGE OF REASON
The likes of Carl Boenish and Dean Potter lived their lives on the edge – frequently throwing themselves off it. It was their choice; their expression of the freedom given to all human beings, but pushed to the limit by only a few. It is curiosity, the quest for novelty, and the taking of risks that have elevated homo sapiens to the top of the food chain, and while I won’t be highlining or BASE jumping anytime soon, I take my hat off to those for whom it has become a lifestyle. That’s what you do at funerals, right? Out of respect. 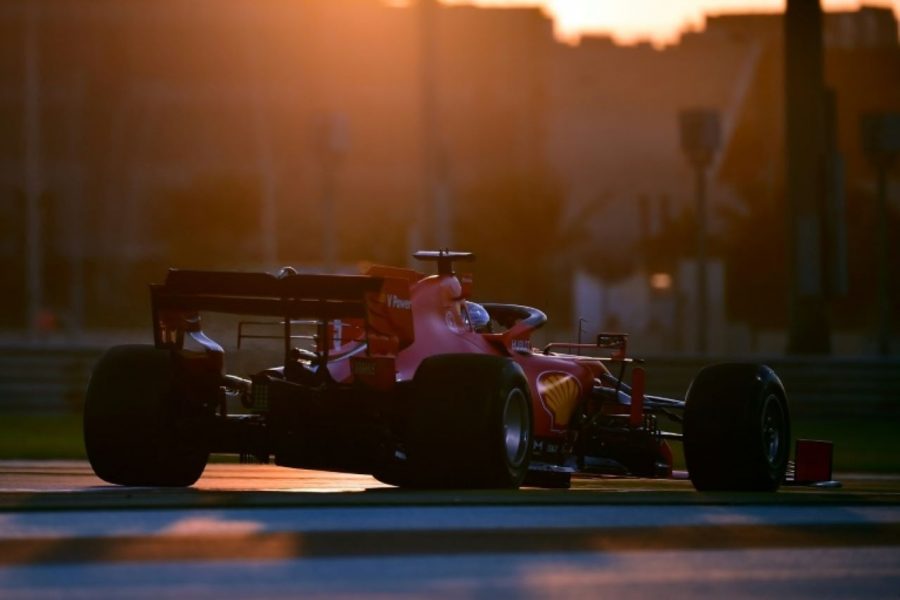 This Violent Sport is Played By Thousands of Japanese Teenagers
By