Ally Mukhriz On Why She Can’t Wait to Get Older

Easy-going and positive, Ally is all smiles at the shoot, ready to get her diamond on because “What girl doesn’t love diamonds?” The 23-year-old has a busy year ahead of her. “The biggest thing coming up, I would say is my engagement…that’s the most exciting thing to happen this year.” Ally is planning for the big event in April and it isn’t too surprising considering she’s been with her boyfriend for years.

The new year kicked off to a busy start as Ally juggled preperations for her engagement and her job as Social Media Manager at M&C Saatchi. “I’ve been working sometimes weekends as well. I just did a shoot with Celcom,” she says. “People say that time goes by very slowly when you are a kid and as you get older, it gets faster. I’m feeling that now. 2018 was an eventful year. I finished my Masters last year. I thought one year was too long to be away but next thing I knew, I was done and saying goodbye to the UK.” Ally graduated from Imperial College Business School with a Masters in Strategic Marketing. It was a great personal achievement for her and boosted her self confidence.

“Ageing, I find it exciting. I consider myself quite young, I’m 23. I find that I have so much ahead of me, that I can’t wait. I’ve only just started adulthood and I’ve always been a planner, so I knew that by 30 I wanted to be married.”

Though she has so many years in front of her, Ally is more than ready to take them on. The future is something she’s set her mind on. “I’ve always planned out my milestones.” Excited at the prospect of having a big family in the future and surrounded by friends, she states: “Having children, having grandchildren, it’s just way ahead… I can’t wait to be in my late 60s with my girlfriends watching over my kids and family.” When asked to imagine what she’ll be like when she’s older, she laughs and says: “I feel like I’m quite shy, but I’m secure with the way that I am, so maybe I’ll be the same but a bit sassier andwiser. When I hit 50, I’ll be at that stage where I can tell people off, people in my current stage.”

“The people closest to me, my parents, I don’t really see their age because I see them on a daily basis. But with my grandparents, when I say it out loud, that they’re 93 and 92, that is incredibly old, but when I see them I don’t think that at all. They don’t seem it at all and my grandma is as sprightly as ever, cracking jokes. My grandfather is such a character, funny and loving.” She laughs as she talks about how they’ve influenced her views on ageing and life. “They’ve really shaped my views on growing old because a lot of people my age are scared of growing old. But seeing them still going strong, it’s very inspiring. They’re so young at heart…my grandma thinks young. My grandma definitely brings out the childish side of my grandfather.”

Ally doesn’t feel there is a difference in ageing between men and women her age. But as she looks at those who are ageing, it’s a different matter. “I think men can age gracefully, but women are expected to live up to a certain standard. Men can have children whenever but women have a time limit, so there is pressure there. When it comes to beauty standards, the difference (in treatment) is so obvious even at my age. If men can criticise supermodels like Cindy Crawford for not looking her best at 50, then any normal person would feel the difference. “I don’t mind a few wrinkles. I don’t care. It all comes with age,” says Ally with a chuckle. 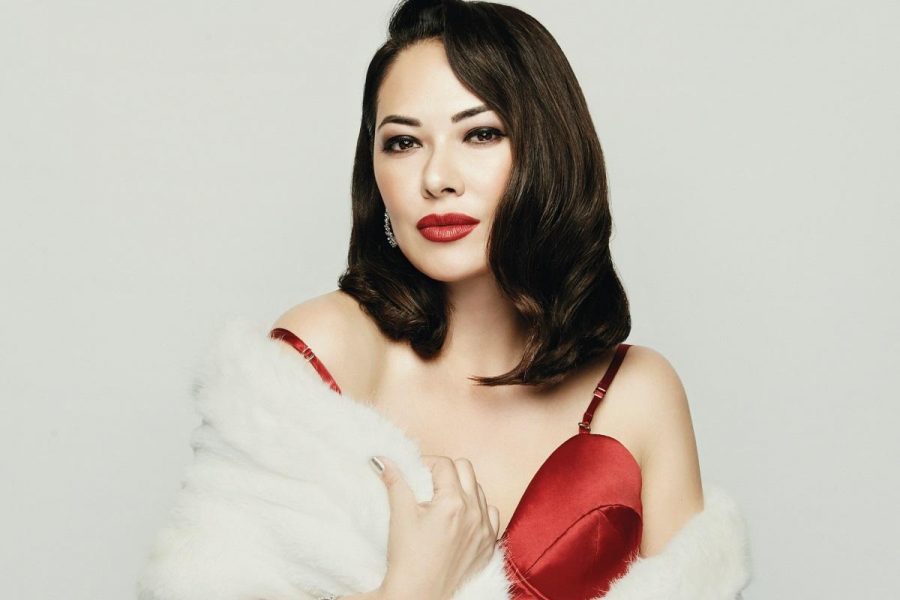 The Secret to Rocking it Like Ruffa
By Eric Ian Chan