Has the iPhone Lost its Magic?

For the first time in a long time, Apple has failed to meet sales targets.
Friday 4 January 2019 Is the allure of the iPhone gone? Photo: iStock

Almost exactly twelve years ago, Steve Jobs stepped on stage at MacWorld and unveiled the iPhone, touting it as a “revolutionary and magical product.” Its unprecedented success would prove his point.

The iPhone survived and thrived despite the 2008 financial crisis and a long list of cheaper smartphone alternatives and copycats, eventually catapulting Apple to become the most valuable company in the world. Now the iPhone appears to have finally lost its magic.

In a rare move for Apple, CEO Tim Cook warned investors in a letter Wednesday that the company expects lower sales for the holiday quarter due to weaker iPhone sales. Cook said the shortfall primarily came from China, which is grappling with a softening economy and an ongoing trade war with the United States. But analysts were quick to note Apple’s iPhone problem is probably about more than just China.

Gene Munster, an Apple analyst and managing partner at Loup Ventures, said “one-third of the issue” comes from Apple’s decision to hike the price of its entire iPhone lineup, with multiple models in excess of the once unfathomable US$1,000 price tag. This move “dampens” the number of people looking to upgrade to new iPhones, he said.

In his letter, Cook did not mention price hikes specifically, but he did admit that there are other factors hurting iPhone sales outside China, including fewer carrier subsidies and the company’s decision to offer cheaper battery replacement last year.

To make matters worse, analysts with Goldman Sachs wrote in an investor note Wednesday that Apple is “more sensitive” to negative macroeconomic trends today than it might have been a few years ago because it’s “approaching maximum market penetration for the iPhone.” The analysts predicted “further downside” to Apple’s sales figures in the fiscal year ahead.

For investors, the news was a rude awakening. Apple stock fell 9% overnight, pushing the company’s market value down below Microsoft, Amazon and Alphabet. “In the modern iPhone era last night was clearly Apple’s darkest day in our opinion and represents a challenging growth period ahead for the company,” Daniel Ives, an analyst with Wedbush, wrote in an investor note.

Cook’s letter serves as a stark reminder of the company’s new normal: If you want to believe in Apple now, it’s no longer because of iPhone sales, but despite it. Even before the latest announcement, there was cause for concern. Multiple iPhone parts suppliers cut their own sales outlooks late last year. Apple also shocked investors by announcing in November that it would stop disclosing the number of iPhones sold, after multiple quarters of flat or even modestly declining iPhone sales.

With its decade of rapid iPhone sales growth over, Apple shifted to trying to get customers to pay more for each device they did buy, launching the $1,000 iPhone X in 2017 and the new iPhone XS and XS Max last year, the latter of which can cost as much as US$1,449.

At the same time, Apple has been talking up the success of the supplementary services it offers for the iPhone and other devices, including iCloud, Apple Pay, Apple Music and the App Store. Revenue from this services category hit nearly $10 billion in the three months ending in September, an impressive figure and an increase of 17% from the same period a year ago.

Yet, the iPhone remains Apple’s chief moneymaker, accounting for nearly 60% of Apple’s total sales in the September quarter. So far, Apple has yet to find another revolutionary and magical product to fill that role.

“iPhone is simply too big to replace if that product line isn’t doing well,” Chris Caso, an analyst at Raymond James, wrote in an investor note Thursday. “If the current iPhones aren’t selling well now, one must wonder what will happen if the next generation represents only minor upgrades.”

Related: This is Why Most iPhones Will No Longer Be Available in China 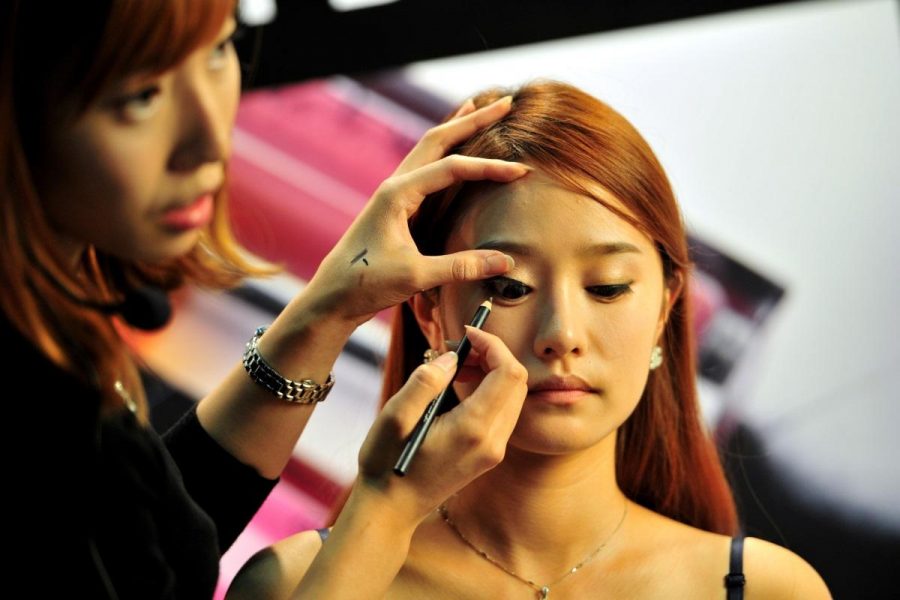 Malaysian Former Spy Chief Arrested, But Not for Letter to CIA
By June See
A Look at the Anti-ICERD Rally From Both Sides
By D. Kanyakumari