Following Diana's death in 1997, the tiara wasn't seen publicly until 2015, when Duchess Kate wore it to much fanfare at a reception at Buckingham Palace.

In an interview with our Editor in Chief a few years ago, when Her Majesty The Queen of Malaysia, was the Crown Princess of Pahang, the Queen revealed that a young girl refused to believe she was a Princess as she was not wearing a crown (that excerpt of the interview can be found at this link here), a crown has always come to symbolise all that is Royal. Apparently, you simply cannot reign without one.

Throughout the ages, elaborate headwear from the Native American feathered headdress to the Masai tribe in Africa, those who lead will distinguish themselves with what they put on their head. The first King known to wear a crown was Sneferu (r. 2625–2585 b.c.e.), and Kings and Queens continued to wear it until the end of ancient Egyptian history.

Here, Unreserved guides you through a list of the most dazzling diadems in history and the stories behind them.

Prince Albert, Queen Victoria’s husband, had the stone recut and polished—a process that reduced its size by half but made the light refract more brilliantly from its surface. While  Queen Victoria wore the diamonds as a brooch, it eventually became part of the Crown Jewels, first in the crown of Queen Alexandra (the wife of Edward VII, Victoria’s oldest son) and then in the crown of Queen Mary (the wife of George V, grandson of Victoria).

The diamond came to its current place of honour in 1937, at the front of the crown worn by the Queen Mother, wife of George IV and mother of Elizabeth II. The crown made its last public appearance in 2002, resting atop of the coffin of the Queen Mother for her funeral.

The 186-carat gem, whose name means Mountain of Light in Persian, was mined in India around 1100. It carries a curse lethal to male owners and “only God or a woman can wear it with impunity.”

After a blood-soaked history in which several of its male owners were violently dethroned, it came into the possession of the ruler of Punjab, the so-called Lion of Lahore. His young son Duleep Singh lost Punjab when it was annexed by the East India Company after the Anglo-Sikh Wars and the nine-year-old Maharajah was made to travel to London to present it to Queen Victoria during the Great Exhibition of 1851.

Since 1911 it has been incorporated into crowns worn by the female consort, including the late Queen Mother, who wore it at the coronation of George VI in 1937 and her daughter’s coronation in 1953. Both India and Pakistan have laid claim to the priceless jewel. Today, the diamond is on public display in the Jewel House at the Tower of London, where it is seen by millions of visitors each year.

The late Diana, Princess of Wales, was gifted the Lover’s Knot tiara by the Queen on her wedding day, in 1981. However, she chose to wear the Spencer family tiara for her marriage to Prince Charles.

The Lover’s Knot tiara – sometimes referred to as the Cambridge Lover’s Knot was a favourite of the late Diana, Princess of Wales. The Duchess of Cambridge has been seen adorning the pearl and diamond tiara on several occasions. She wore it to Buckingham Palace in 2015 – the first time it had appeared since Diana and Prince Charles’ separation.

It was created for Queen Mary in 1914 by Garrard, using existing jewellery in the monarch’s collection. The design is thought to have been based on her grandmother, Princess Augusta of Hesse’s piece. Queen Elizabeth II inherited the tiara.

When Diana and Charles divorced, the crown was returned to Queen Elizabeth II—Diana was allowed to keep her jewellery as part of the settlement, but as the tiara was on loan from the Queen, it was given back. According to People, following Diana’s death in 1997, the tiara wasn’t seen publicly until 2015, when Duchess Kate wore it to much fanfare at a reception at Buckingham Palace.

The Diamond Bandeau tiara is possibly one of the most recognised tiaras to date, due to the fact that the Duchess of Sussex wore it for her marriage to Prince Harry. The diamond and platinum encrusted headband were originally made for Queen Mary in 1932, to accommodate a prized 10-diamond brooch that was gifted to her by the County of Lincoln. Fellow wearers include Princess Margaret.

According to recent reports, this wasn’t the Duchess’s first choice of tiara. She was set on an emerald version that Prince Harry requested for his future bride, but was denied by the Queen due to concerns that the emerald tiara had links with Russia (a bad look for the very British ceremony), the Queen demanded a private meeting with her grandson where she refused the request and told Harry that Meghan wouldn’t be allowed to wear her first choice.

Rumoured to be from the 1900s, Caroline of Monaco was seen wearing it in 2004 and then Ekaterina Malysheva wore it when she wed Prince Ernst August of Hanover in 2017. Recently spotted on Alessandra de Osma when she married Ernst August’s brother, Prince Christian, in a lavish ceremony held in Peru. It’s a big diamond sparkler that resembles a floral spray, complete with intricate leaves and blossoms. It had been lying low in the House of Hanover vaults until becoming a favourite choice for brides marrying into the family.

It’s thought the tiara was received as a wedding present from one of Queen Sophie’s many royal relatives when she married Prince Constantine, the future king of Greece, in 1889. Queen Sophie’s daughter Princess Helen wore it after her mother died in 1932, and in 1938 it was given to Sophie’s daughter-in-law, Frederica of Hanover. The tiara is so enormous that Frederica of Hanover was also able to wear a small nuptial crown behind it on her wedding day in 1938. The tiara vanished after the abolition of the Greek monarchy in 1973. It wasn’t seen again until Princess Marie-Chantal of Greece wore it to Queen Margrethe of Denmark’s ruby jubilee in 2012.

Farah Diba wore the Noor ul Ain tiara on her wedding day in 1958 to Mohammad Reza Pahlavi, the last Shah of Iran. Harry Winston had been commissioned to make the piece a year previously, using a rare 60-carat pink diamond at the centre and using only coloured diamonds – 324 in total – to create the tiara meaning ‘the light of the eye’.

After Nadir Shah and his army overtook Dehli in 1739, the diamond was among the items ransacked. It left India with the Shah and became part of the Iranian crown jewels in 1739. The Noor-ul-Ain changed hands several times as assassinations and military coups caused shifts in power. In 1921, after democracy failed and the British and Russians left Iran, an Iranian officer of the Persian brigade called Reza Khan crowned himself Shah.

However, Reza Khan aligned Iran with the Nazis during World War II, and eventually, the Allied Forces made him abdicate his throne to his son, Mohammed Reza Pahlavi. The crown jewels and royal wealth went to the young man, and when he married the Empress, he had Harry Winston craft the Noor-ul-Ain Diamond into the beautiful diamond tiara we recognize today.

The tiara now resides in Tehran’s Central Bank after the revolution of 1979 brought an end to 2500 years of monarchic reign.

While Her Majesty Queen Elizabeth II is the longest-reigning monarch, having been crowned in 1952, the oldest hereditary monarchy in the world is that of Japan. Last year Emperor Akihito abdicated due to ill health and so ascended Emperor Naruhito and Empress Masako in May 2019. Unless gender-based laws of succession in Japan change, their only daughter, Princess Aiko will not be taking the throne. The Japanese rules of succession state that only a male can ascend the throne. Princess Aiko may very well be the last to wear the Meiji Scroll Tiara.

The Meiji scroll tiara has been in the Imperial family for at least 130 years. The diamond star toppers can be interchanged with large round brilliant diamonds. It is seen here on Empress Teimei in 1912 and on Empress Masako last year.

Made by Boucheron for Dame Margaret Greville and bequeathed to the Queen in 1942, it is believed to be the subject of some royal commotion. Allegedly this tiara was denied to the Duchess of Sussex for her wedding to Prince Harry in 2018 upon grounds of unconfirmed provenance, but just a few months later was seen atop Princess Eugenie at her wedding to Jack Brooksbank. Meghan wore Queen Mary’s Diamond Bandeau, an art deco diamond-encrusted tiara for her wedding.

The tiara has a Russian connection due to its traditional ‘kokoshnik’ headdress design that was fashionable at the time. While we’ll never know if this was the same emerald tiara in question, perhaps the Queen does have her reasons.

Hawaiian King Kalakaua and his queen Kapiolani decided to hold a lavish coronation eight years into their reign, after witnessing many foreign royals performing such ceremonies. They had two solid gold crowns designed and made in London by Hoffnung and Co., for which they paid £1000. One crown was said to contain 521 diamonds, 54 pearls, 20 rubies, 20 opals, and eight emeralds, among other jewels.

The coronation went ahead on February 12, 1883, and the impressive crown was ceremonially placed upon Kalakaua’s head—the only occasion the crown was ever worn. Kalakaua died of kidney disease in 1891 and his sister Liliuokalani inherited the throne, but already much of her constitutional powers had been eroded, and by 1893 she was deposed by an American-led military coup.

The custodian who took over the provisional government ordered an inventory of royal possessions, but when staff fetched the satin-lined box in Iolani Palace where the crown had been stored, all they found was its twisted and bent remains. Every single jewel had been pried from its mould and stolen.

Detectives immediately set to work to try and find the lost jewels, and before long one of the guardsmen, George Ryan, was found to have some of the smallest diamonds in his jacket pocket. Ryan was jailed for the theft for three years but no other jewels were recovered.

King Kalakaua’s crown was left a sad ghost of its once splendid glory. Kalakaua’s crown was restored with glass and paste jewels costing $350 in 1925 and is today displayed alongside Queen Kapiolani’s crown (which had been stored elsewhere and thus remained intact) in Iolani Palace.

The crown remains to only ever been worn once on a February day in 1883 when the entire country came out to celebrate the re-crowning of a king.

The George IV State Diadem is also known as the Diamond Diadem. Seen by millions of people every day on stamps, banknotes and coins, this Royal Diamond Diadem is the most recognisable of all. Made for King George IV for his coronation in 1821 with then rented gems, it features 1333 brilliant-cut diamonds and a four-carat yellow diamond centre stone.

Usually worn by the monarch on their journey to and from the State Opening of Parliament, instead in 2019, Queen Elizabeth II kept the diadem on for the whole ceremony instead of the usual, and much heavier, Imperial State Crown – which instead was delivered to parliament in its own carriage and remained by her side throughout. The Reality of Gender Dynamics in Modern Day China
By 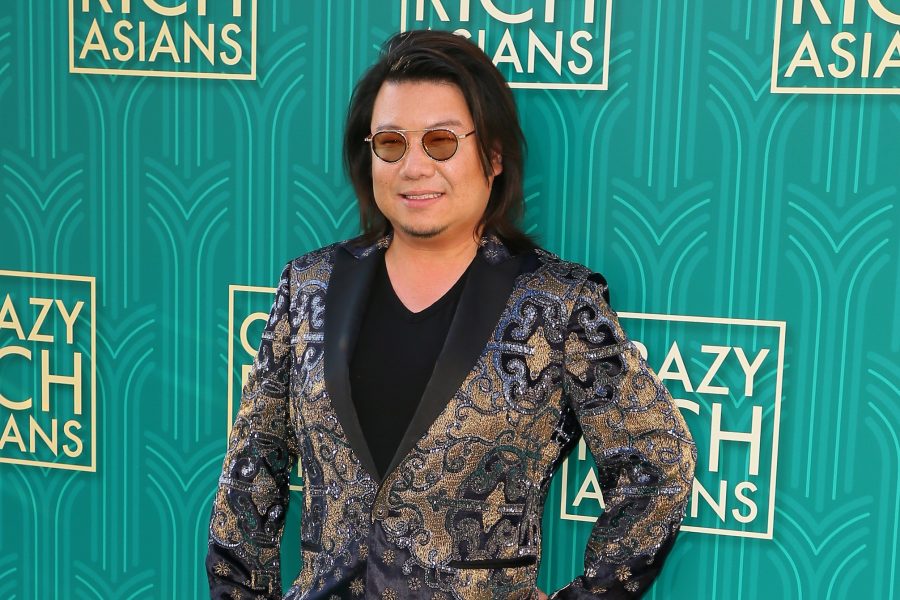