Discover How New Orleans is Living in the Now There's never a dull moment in this city. Photo: iStock

New Orleans is an ethereal dream of a city, with a past as meandering and convoluted as the Mississippi River that flows next to it. As soon as you arrive in this sultry city, steeped in history with its French, Spanish, African and American ancestry, a tantalising mixture of vibrant energy and seductive mysticism hits you.

Maybe it’s the intoxicating sounds of jazz slowly drifting its way past famed venues. Or the soul-soothing rich, spicy cuisine, or the sweet, fragrant air of honeysuckle clinging to its ornate buildings. Or even yet, possibly its voodoo magic at work. New Orleans is unlike any other city in the United States – which is why I can’t get enough of the Crescent City and have made two long, tortuous journeys here from Kuala Lumpur in four years.

New Orleans: More than what meets the eye

As much as I love that first trip to New Orleans, I realised that this city has so much more to offer than its renowned museums, cobblestone squares and historic architecture.

As I criss-crossed the city by foot (at least 15,000 steps daily) and creaking street cars, I noticed off-beat neighbourhoods, cool little cafes, cute vintage stores and chic boutique hotels that I was itching to explore but simply didn’t have the time for. I vowed that the next time I visit New Orleans, I would be less of a tourist and more of a traveller.

This year I finally had my second chance to discover this alluring city after a planned holiday to Mexico fell through. The first decision I made was to stay at the more residential Marigny neighbourhood at the edge of the French Quarter.

I had passed through this funky, bohemian area with its kaleidoscope of colourful Creole cottages, cute cafes and eclectic shops on my last trip and thought “this would be a great place to mingle with local residents” who I imagined to be a mixture of web designers, musicians, writers and artists.

I especially love that it’s an easy 15-minute walk to all the insanity of the French Quarter, yet a quick escape when it gets too much. I totally recommend the chic Hotel Peter and Paul, a former 19th-century Catholic church, school house, convent, and rectory that has been repurposed into a gorgeous ecclesiastical boutique hotel.

Checking in for the weekend?

Service is all smiles and southern charm, and if there is another reason to book, it’s that the hotel is home to an ice cream parlour, Sundae Best, as well as The Elysian Bar, which serves French-meets-Southern dishes such as chicken liver toast with stone fruit mostarda and confit chicken leg.

Just a lazy stroll from the hotel is Marigny Brasserie, which serves delicious Creole comfort food, from crawfish fritters with aioli to crawfish cakes and the 24/7 dive bar Buffa’s which serves rib sticking food like chicken wings and home-made tamales.

As luck would have it, Marigny has its own, less rowdy Bourbon Street in the form of Frenchman Street, whichattracts a mix of locals and travellers to its intimate music venues and restaurants. Frenchman’s heavyweights include the top class Snug Harbor Jazz Bistro, a one-stop space for good food, drinks and jazz, and the divinely weathered Spotted Cat Music Club, rightly described as the quintessential live jazz music venue.

Intimate stages. Timeless venues. Impromptu curbside concerts. If you’re looking for live local music, nothing beats a night out in New Orleans. ⁠ -⁠ Check out our Instagram stories for a closer look at the most iconic music spots in the city!

One morning, I decided to walk all the way to neighbouring Bywater, the city’s gritty, hipster neighbourhood which is gentrifying at breakneck speed. Apart from the trendy restaurants and cafés that have opened there – such as the organic Satsuma Cafe, whose terrace is the perfect spot to stay caffeinated, and The Joint, which serves the best brisket and peanut butter pie in town – the best part of this neighbourhood is the St. Claude Arts District with its art galleries, cooperatives and alternative art spaces.

I also finally had the chance to explore the full length of Magazine Street, passing through the uptown neighbourhoods of Central Business District, Warehouse Arts District (check out the Contemporary Arts Center) ending at the Garden District. This street, which follows the curving course of the Mississippi River, is made up of clusters of shops, interspersed with charming homes and a mix of renovated warehouses, cafes and restaurants.

Practically every shop is one-of-a-kind, but I especially like Leontine Linens for hand embroidered duvets, sheeting, towels and table linens, Marion Cage for delicate rings and necklaces, Century Girl Vintage for beautiful vintage dresses and Aidan Gill for men’s shaving and grooming accessories.

Whenever my energy flagged between shopping and sightseeing (the street is nearly 10km long!), I would simply make a detour into one of the nearby restaurants or cafes and watch the city go by. Stand-outs include the quaint La Petite Grocery for the New Orleans version of a lobster roll made out of gulf shrimp, Turkey and Wolf for delicious sandwiches served on vintage McDonald’s commemorative plates and District Donuts Sliders Brew for doughnuts which taste as yummy as they look.

On my very last evening in New Orleans, I decided to let loose at the eclectic and extremely instagrammable Jack Rose Restaurant at the Pontchartrain Hotel where I snacked on small plates under the watchful eye of New Orleans-born Lil Wayne’s portrait.

Cheers to the New Year! 🥂🎉 We have truly appreciated your ever enduring love and support throughout 2019, and hope your 2020 shines bright like Lil Wayne’s smile. ✨🤩 . . . . #jackrosenola #pontchartrainhotel #followyournola #happynewyear #showmeyournola

There I contemplated how the city, as has happened so many times during its history, is in the midst of a cultural transformation. Everywhere I go I find the latest things to see, the most exciting restaurants to try, the dreamiest streets to explore, the quirkiest characters to chat with and the funnest things to do.

This article is an excerpt from UNRESERVED’s Jan/Feb 2020 issue from the article New Orleans Now! Unique Tours Around Japan For The Unconventional Travellers 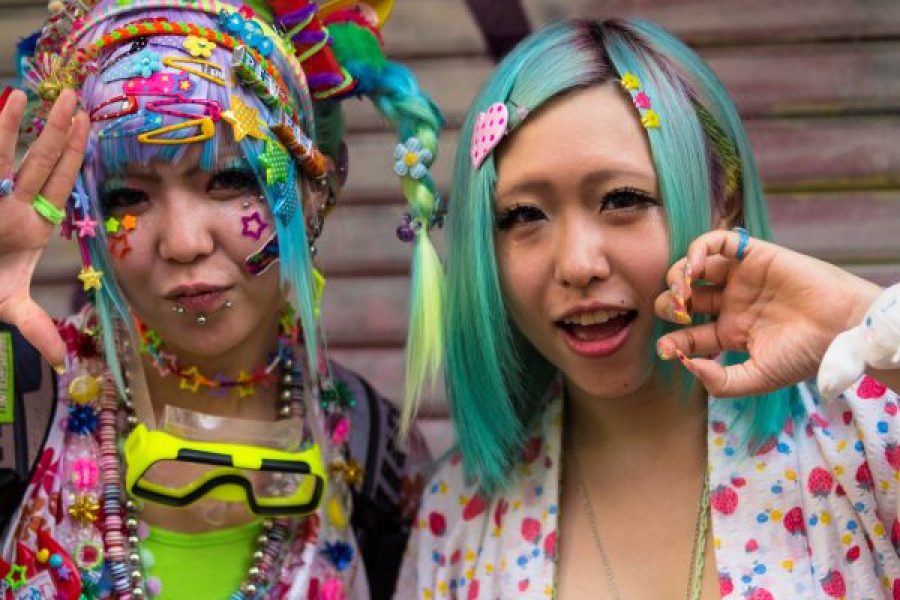