Diversity on Display at the Oscars

The biggest awards show in Tinseltown was brimming with surprises and plenty of firsts.
Sherelyn Goh
Monday 25 February 2019 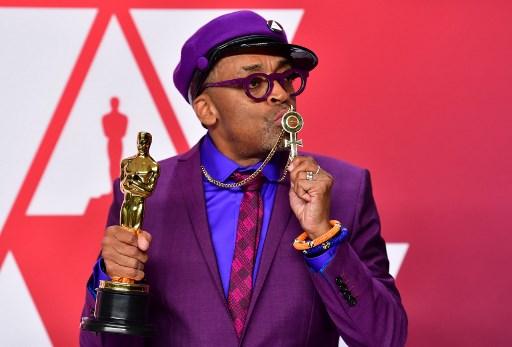 This year's Oscars had many firsts, including director Spike Lee who nabbed his first Oscar. Photo: AFP

This year’s Oscars didn’t turn out to be a dud after all, thanks to some unexpected highlights. The show was full of controversies and even the lead up to it was controversial, with actor and comedian Kevin Hart stepping down from his hosting duties following the rediscovery of past homophobic tweets he had sent out and his initial refusal to apologise for them. After that public relations fiasco, the Oscars committee officially announced that there would be no host this year but luckily enough, there was plenty of saving grace from diverse first-time winners and some surprises during the show.

Here are some UNRESERVED highlights from the Oscars

Ruth Carter became the first African American woman to win an Oscar for her costume design in Black Panther. “Thank you for my start, I hope this makes you proud,” she said, adding that, “Marvel may have created the first black superhero but we turned him into an African king.”

Etching another milestone was director Peter Ramsey as the first black director to win for an animated film. Spider-Man: Into the Spider-Verse was an unexpected winner and tells the story of  13-year-old Brooklynite Miles Morale who becomes one of many Spider-Men. Rather than the 3D animation we have grown accustomed to, it features a unique combination of computer animation and traditional hand-drawn techniques.

BlacKkKlansman won an Oscar for best adapted screenplay. This is director Spike Lee’s first ever Oscar win after being nominated five times. In his winning speech, he took a moment to remember the past and honour Black History month.

US actor and singer Billy Porter arrives for the 91st Annual Academy Awards at the Dolby Theatre in Hollywood. Photo: AFP

What’s so controversial about Malek nabbing an award, you may ask, considering he has received much praise for his role in Bohemian Rhapsody? Playing Queen’s legendary front-man Freddie Mercury, Malek is the first actor of Arab descent to win an Oscar. The only other actor of Egyptian descent nominated for an Oscar was Omar Sharif, who stared in Lawrence of Arabia. He was in the category for Best Supporting Actor at the 35th Academy Awards all the way back in 1963. It’s about time.

Green Book was controversial, but it still nabbed an Oscar

A movie about a queer black classical musician named Dr Don Shirley (played by Mahershala Ali) and his Italian-American chauffeur Tony Lip (Viggo Mortensen) driving through the South is an inspiring account of an unlikely friendship that transcends race and class boundaries but it wasn’t without its controversies. Dr Shirley’s family doesn’t seem to think that the movie depicts a true story, referring to the film as a “symphony of lies,” and have criticised director Peter Farrelly for whitewashing Dr. Shirley’s legacy as well as not consulting them about the script. Last year, Mortensen was also in hot water for using the N word while speaking about racial progress in America since the 1960’s during a post-screening discussion in Los Angeles.

A movie about menstruation won an Oscar

Period. End of sentence., is an India-set movie that aims to end the stigma of menstruation and directed by award-winning Iranian-American filmmaker Rayka Zehtabchi. Created by The Pad Project, an organisation established by an inspired group of students at the Oakwood School in Los Angeles and their teacher, Melissa Berton, the 26-minute film documents girls and women in Hapur of northern India and their experiences with the installation of a pad machine in their village. It nabbed an Oscar for Best Documentary Short Subject and Zehtabchi was quoted in her acceptance speech, saying, “Oh, my God. I’m not crying because I’m on my period or anything. I can’t believe a film about menstruation just won an Oscar.”

Related: Has the Oscars Lost its Relevance? 5 Destination Films to Fulfill Your Wanderlust
By Zoe Ibrahim