Dr Rajiv Bhanot: There’s Something in the Water The Originals. A series of portraits with some of Malaysia’s most original and disruptive talents.

After spending seven years in medical school, in Moscow of all places, and working two years in a government hospital, Dr Rajiv Bhanot made the bold step to leave security behind, he quit his career as a medical doctor, and started a journey into the unknown. What followed was what he described as “the craziest, wildest decade”.

Dr Rajiv is prolific. Aside from his water technology company H2GO, he also owns a chain of medical and dental aesthetic clinics, hair transplant clinics and blood diagnostic labs under the healthcare vertical of his company. Four years ago, he also started an agricultural composting company, producing organic compost that can replace chemical fertilisers. And during the MCO, when most people were just trying to cope with the normal, he decided to go into F&B and set up their first venture in Solaris Mont Kiara called JAMA. On top of that, he is also involved with humanitarian work. It’s a wonder he had time to talk to us.

In the conversation we had with him, we zoom in on his start with H2GO and what makes him one of The Originals in our eyes. We find out what drives him, what he thinks of the need for validation and most of all how he is trying to eradicate water poverty.

As an energetic 18-year-old individual, Dr Rajiv was looking for adventure and chose Moscow to pursue his medical degree. What seemed an exciting idea at the start became both a challenging time, “I think I got a little bit more than I bargained for”, as well as an incredible life experience, “a lot of basic survival instincts were sharpened during my time in Moscow”.

Moscow presented an array of challenges; from the high cost of living, pocket money sent by his parents only lasted a couple of days, to racism, extreme weather and having to learn a new language. But it is often under difficult circumstances that people develop their drive, stamina, and life skills. He eventually felt at home in Russia, made friends and came back to Malaysia with his bags filled with experience and, most of all, character. “A lot of the things I learnt in 6 years are certain values and certain characteristic traits that helped me a lot when I came back.

His time in Moscow formed him: “I think it was a collective combination of experiences of the good, the bad and the ugly, all coming together to make my six years in Moscow one that really shaped me. Going there as a boy and sort of coming back as a man. I think I grew up in Moscow”.

His drive to help people comes from a simple understanding of the inequality in the world. “Pause for a second and if we look back, there are billions of people on this planet that don’t have the most basic of necessities, they don’t have food on the table, they don’t have water and at home they don’t have anything to look forward to. I think we are all in a position to make a difference in the many lives around us.”

And partially he chose the path of social enterprising. “I want to build a business to create some sort of positive impact to communities and individuals. I think that if you can find the right formula in doing so, then it becomes a win, win, win. It allows me to sleep very well at night. I’ve got a very clear conscience of what I’ve done. And financial gain, this has been my philosophy, financial gain is the by-product of doing everything right.

Leading a path into the unknown, he has been asked whether he knew exactly what he wanted to do before leaving the hospital. With assuredness and confidence, he said “I think the best place to start sometimes is knowing what you don’t want.” So, how did he get into the water technology business?

He continued, “I stumbled across this very small booth at this expo (in PWTC), and there were three British troops that were manning the booth, and they were all frontline troops that have served in Afghanistan and Iraq. And they had this canister of very, very dirty water and they had this hydro carry backpacks. And they were sort of pumping the water into their backpacks, and it was processed within the backpacks, and there was a small straw that came out like a mouthpiece, and drops and droplets of clean drinking water were. coming out. It was absolutely fascinating.”

Fascination was followed by horror when he learned about the statistics on water poverty.

“It absolutely shocked me that 1/6th of the world’s population, over a billion people on the blue planet, do not have access to clean water. When I researched further, I found that every single day, globally, 10,000 humans die, solely because they consume water that’s been contaminated by bacteria or viruses. It leads to water borne disease, that leads to dehydration, that leads them to consuming more contaminated water; it’s a horrible cycle that claims 3 million innocent lives every single year.”

When he realised that there was a technology out there that could end water poverty, the idea for H2GO was born.

And it is not just about providing water. Lives are changed in an even more significant way. “When you realise that clean water to a village is not just about bringing them out of water poverty, it means that women don’t have to walk the 5, 6, 7,10 kilometres every single day to get themselves clean drinking water. We’ve brought clean drinking water to them and with that extra time that they have in hand, you know women are empowered to get themselves a job. In a lot of the 3rd world countries, 50% of the women drop out of school, girls drop out of school once puberty hits them just because there’s no sanitation and water. Clean water to a community also means educating a child.”

As someone who is running multiple businesses concurrently, Dr Rajiv believes that is important for someone to have the ability to dream. “Nobody should control how big the dream you want to have. Your dreams are what you have yourself. You should not allow it to be decided by anybody else but yourself.”

“If we look at the world we live in today, I think absolutely anything is possible. Anyone is capable of achieving anything and norms will only be broken once the ability to break away from validation is achieved. You’re not going to be able to break away from the norm if you want yourself to be the average of 15 people that you seek validation from. “

Of course, there were hits and misses along the way, yet he refused to give up. “It’s perfectly fine to fail, it’s perfectly fine to experience disappointment in every aspect of one’s life. There’s no such thing as the perfect business, the perfect individual, or the perfect relationship, or the perfect anything. If you can learn to pick up every time you fall and ask yourself what have you learnt from this experience, and if there is one positive that can come out of something negative, then I think you’ve balanced it out.”

“I think the biggest risk that I’ve taken was to move away from certainty and move down the path of uncertainty. It was a huge risk and I clearly remember the day I had resigned, and I went back home and informed my parents that, by the way, I’ve left my job as a doctor. There were two things I had requested from them. No.1 I said give me love and respect and not make it difficult for me and my promise to them was that I was not going to be a financial liability to them. Because it’s very easy to have all these dreams and aspirations but then depending on them 100%. I said I’m not going to do that, that’s going to be very selfish of me. It’s unbelievable how every single thing that could have fallen into place, just fell into place at the right time. It was a risk I would like to think has paid off.”

For Dr Rajiv, interestingly, risk is closely related to regret; he takes risks in the present to eliminate regret in the future. He shares, “I want to look back if I’m fortunate enough 40 years from today, and I want to look back with a smile on my face and I don’t want to have regrets whatsoever. I think time seems to be moving so quickly. The last 1 and half or 2 years have just flown by in the blink of an eye, and I just don’t want to have any regrets. Life is a journey; it is an adventure and why do we need to restrict ourselves in any way or form? You know it’s an adventure and a journey where you should take risks. The more risks you take, the more exciting it can be.”

“If we can inspire others, especially the next generation, which allows them to hold on to the values we have shown them, this positive take can be an inspiration to the future generations as well. If that can keep going on, it would be my hope that this can help in due time and create a generation of morally conscious individuals that hold on to a bit of values and principles”. Just like the rest of our Originals, Dr Rajiv too believes in individual power. “Original thinking has to come from within. It’s got to define who you are as an individual. We are all unique individuals and that by itself will make anything you do, an original thought.”

Watch the video of his interview here.

Dr Rajiv Bhanot is an original innovator and one of UNRESERVED’s The Originals. 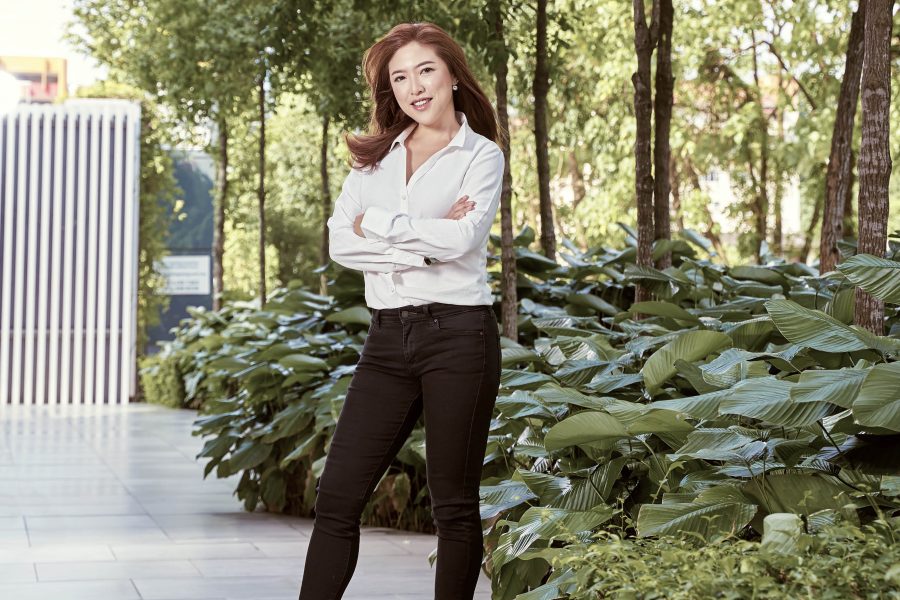 Architectural Designer Pamela Tan On Her Work and Iconic Buildings
By Sherelyn Goh
Watchlist: Remy Ishak
By By Amylia Hilda 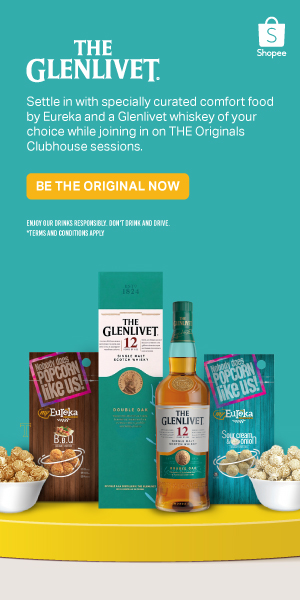