Time to switch up your diet.
Lainey Loh
Monday 14 October 2019 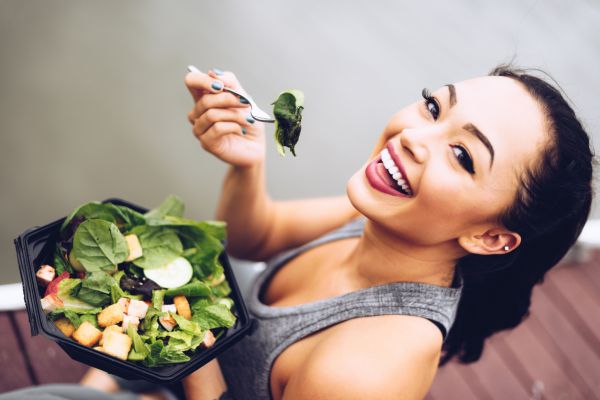 As they all say, you are what you eat. Photo: iStock

A new small-scale study has found that switching to a healthy diet could help to reduce symptoms of depression after just three weeks. Carried out by researchers from Macquarie University, Australia, the new study looked at 76 university students age 17 to 35 years old who were experiencing moderate-to-high depression symptoms and following a poor diet high in processed foods, sugar, and saturated fats, as measured by the Australian Guide to Healthy Eating.

The participants were randomly placed into two groups. The “diet change” group received instructions on how to improve their diet, as well as a hamper stocked with healthy food and AUD60 to help them buy more groceries. Each participant also received two check-ins via phone call during the three weeks. Those who were placed in the “regular diet” group were asked to simply follow their usual diet and acted as a control group.

All participants completed tests to measure depression, anxiety and overall mood, and their performance on several tasks before and after the three weeks. The findings, published in the journal PLOS ONE, showed that the participants who were in the diet change group managed to stick to their new healthier diet for the full three weeks. Moreover, they also showed a significant improvement in their mood, with depression scores moving into the normal range at the end of the three weeks.

When the researchers followed up with 33 of the participants three months later, they also found that although just 21% percent of these participants had continued to maintain their new healthy diet, those that did also maintained their improvements in mood. The researchers note that the study has its limitations, however, they say it provides preliminary evidence that even fairly small, simple diet changes can directly improve depression symptoms. Previous research has also suggested that eating a healthy diet can reduce the risk of depression.

“Modifying diet to reduce processed food intake and increase consumption of fruit, vegetables, fish and olive oil improved depression symptoms in young adults,” say the authors, “These findings add to a growing literature showing a modest change to diet is a useful adjunct therapy to reduce symptoms of depression.”

Related: Red Meat Unhealthy? Maybe Not, After All