By George, England Gets a Spot in the World Cup Semifinals After 28 Years

Harry Maguire’s first-half header set the Three Lions on their way to victory, before Dele Alli’s header in the second period ended the match as a contest.

In truth, it was a straightforward victory but England goalkeeper Jordan Pickford was in inspired form and was more than a match for the three chances Sweden created.

“I thought we were fantastic today, Sweden made it tough,” captain Harry Kane told the BBC. “But we were brilliant from set pieces. Buzzing, buzzing. “We know there is still a big game ahead, obviously the semifinal, but we’re feeling good, we’re feeling confident. “We looked good, we looked confident. We’re enjoining it, the fans here are enjoying it and fans at home and we’ll see some videos that they’ll be enjoying it.”

Clash of the underdogs

This England team, unlike those of teams past, has been more than happy to adopt the underdog status.

Gareth Southgate’s men pride themselves on hard work and togetherness, facets missing from recent generations of England teams, and such commitment and unity has helped the team reconnect with its public following years of disappointing displays at major tournaments.

Throughout this tournament Sweden has also thrived as the underdog.

Now without celebrated striker Zlatan Ibrahimovic, Sweden possesses no star names but by focusing on the collective, the Swedes not only came through a qualifying group containing France and the Netherlands, but topped a World Cup group containing Germany and Mexico.

Much was made in the English tabloids of the potential benefits of finishing second behind Belgium to negotiate an easier route to the final by avoiding Brazil in the quarterfinals and now France in the semifinals.

For many England fans, Sweden was regarded as a favourable opponent – but the feeling would have been mutual.

The Scandinavians have enjoyed significant success against England in the past, losing just twice since 1979.

But this England team seems different, raising expectation among fans to a level not seen since Italia ’90, when England last reached the semifinals, eventually succumbing to West Germany on penalties.

England has now scored 11 times in this tournament, equaling the English World Cup record set by the side of 1966 which went on to win the trophy for the only time in the country’s history.

Though in Sweden – a team which had kept three clean sheets in four matches in this competition – England’s free-scoring side came up against one of the tournament’s sturdiest defenses.

But Southgate’s players still managed to breach a well-organised rearguard.

After an opening where both defenses came out on top – a combination of good organisation and nervous attacking play meant neither team was willing to commit players forward in numbers – Maguire’s thundering header from an Ashley Young corner set England on its way.

That goal was the eighth England had scored from set pieces at this World Cup, more than any other side in the competition.

The final minute of the first half brought a flurry of England attacks. Twice Raheem Sterling found space behind Sweden’s defense but was denied first by the offside flag and then by a sharp save from Robin Olsen.

At the start of the second half, perhaps buoyed by manager Janne Andersson’s half-time team talk, Sweden looked like a different team.

Inside 60 seconds, Pickford was already made to work harder than he was throughout the opening 45 minutes, expertly palming away Marcus Berg’s powerful header.

The young keeper had come in for scrutiny in the wake of England’s group stage defeat to Belgium but answered his critics emphatically in last 16 against Colombia, pulling off a crucial save in the penalty shootout.

Though not called upon often, he continued his good form against Sweden and, aged 24 years and 122 days, the Everton player became the youngest England goalkeeper to keep a clean sheet at a World Cup.

“He made saves at crucial times,” Southgate said. “He’s been excellent.”

England would put the game to bed 30 minutes from time as Alli nodded home Jesse Lingard’s cross from close range.

Pickford had another stunning save to make soon after, again denying Berg as he swivelled and shot from close range, but England held firm to progress to only their third World Cup semifinal. 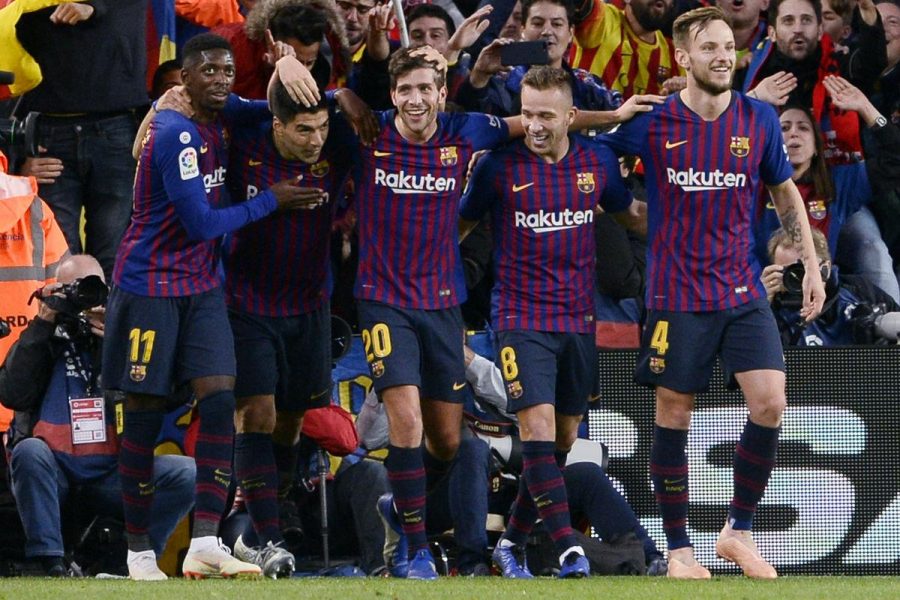 Barcelona Spends More On Wages Than Any Other Sports Team
By