Here Is Everything You Need to Know about STIs

Here's the 411 on the sexually transmitted infections (STIs) that are spreading across Asia.
Marlina Azmi
Wednesday 20 March 2019 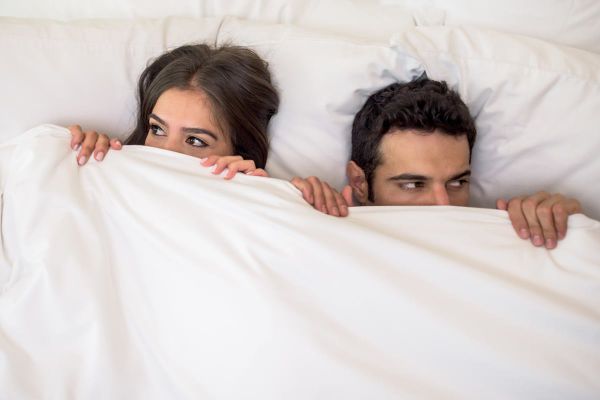 Sexually transmitted infections (STIs), including acquired immunodeficiency syndrome (AIDS), continue to spread at an alarming rate in Asia.  The region has an estimated over five million people living with HIV. Here’s a look at the most common STIs that are spreading across Asia.

Most alarming fact: New HIV infections have decreased by 22% and AIDS-related deaths have increased by 68% since 2010.

An estimated 73,000 people in Indonesia are infected every year. In a bid to stop HIV from spreading, authorities in Jakarta have made it mandatory for couples to take a HIV test before obtaining a marriage licence. The prevalence of HIV among gay men in Indonesia has surged from 5% in 2007, to 25% in 2015 in urban centres like Denpasar and Jakarta. The country’s discrimination against LGBTs has been linked to the HIV epidemic across the country. An opinion poll in 2016 revealed that 26% of the population disliked the LGBT group.

SCARY fact: Japan has recorded a resurgence of syphilis with 5,000 patients recorded in 2017 for the first time in 44 years.

Syphilis, a ‘medieval’ sexually transmitted disease that was nearly eradicated decades ago, is experiencing a resurgence in Japan. In 2017, an astounding number of 5,829 patients were recorded for the first time in almost five decades. Based on reports from the National Institute of Infectious Diseases, the number of people diagnosed with syphilis more than doubled in 2015, with 2,697 patients recorded in that year. Japan Times reported that syphilis is particularly rife in Shinjuku Ward, the centre of Tokyo’s entertainment and nightlife, where rates in the area make up 20% of the country’s total figure.

SCARY fact: About 80% of the 73,557 HIV cases in Malaysia are transmitted through reckless rompings.

The common stigma that drug addicts were more susceptible to contracting HIV/AIDS has been debunked by new alarming findings by the country’s Health Ministry. The infection pattern has dramatically changed over the past 25 years since the first HIV case was discovered. There are significantly more people infected with HIV through unsafe sexual practices. The saving grace is that the number of newly reported cases per year has slowly decreased from an average of 5,830 in 2006 to 3,397 in 2016. Despite that small victory, sadly only 50% of HIV patients seek treatment as the other half deny it because of the social stigma surrounding the disease.

SCARY fact: Over the last four years, the increase in sexually transmitted infections especially syphilis and gonorrhoea – has increased among young people between the ages of 15 and 24.

The Thai government’s growing concern over the alarming spike in STIs among its youth prompted the Department of Disease Control and Ministry of Public Health to develop the National Strategy on STIs Prevention and Control, 2017 – 2021. The strategy is a collaboration between the Thai Medical Society for the Study of Sexually Transmitted Diseases and technical support from WHO Thailand. HIV is a major concern as the country recorded 450,000 people currently living with HIV. Thailand is home to an estimated 9% of the region’s HIV patients. Thanks to its successful HIV testing programmes, 69% of patients receive treatment, while the remainders are virally suppressed.

Most alarming fact: 41% of poor females aged 15 to 24 years are at risk of getting infected with STDs, compared to only 22% of females from well-off families.

The Philippines has been dodging the global AIDS crisis for decades, but their ignorance has only escalated the issue further. Statistics show the country has the highest HIV infection growth rate in Asia Pacific. New infections jumped by 140% between 2010 and 2016. A recent study also revealed that impoverished women workers are more vulnerable to STD than those from affluent households. Women aged 15 and above are also at risk of developing cervical cancer. An estimated 2.9% of women in the general population are infected by HPV 16 or 18 at any given time, and 58.6% of invasive cervical cancers are attributed to HPV 16 or 18.

SCARY fact: An estimated 6% of the adult population in India suffers from sexually transmitted infections and reproductive tract infections.

India currently has the third highest number of HIV patients in the world, with more than two million of the population currently infected by the virus. The country’s epidemic is mainly caused by sexual relations, which led to a 86% increase in new infections in 2017 and 2018. The three states with the highest HIV headcount are Manipur, Mizoram and Nagaland. HIV aside, the next most common STI in the country is genital herpes followed by genital warts. The contagion rates are high because the condition doesn’t lead to any obvious symptoms, making individuals oblivious to their condition.

SCARY fact: There has been a 63% increase in gonorrhoea cases in Australia over the last five years.

Chlamydia is fortunately a treatable disease. This is good news for Australia which sees a rise in infections every year. The risk is highest among those aged 15 to 24, who make up 80% of chlamydia patients. Women are more likely to be diagnosed than men, but this trend is reversed in those over 30. A report by the Kirby Institute shows a 63% increase in gonorrhoea cases over the last five years, with 23,000 people diagnosed in 2016 alone. Experts are weighing contributing factors such as the rise in popularity and use of online dating apps.

Scary fact: Gonorrhea is becoming resistant to the only two antibiotics left to treat it, and it is a huge problem as it’s spreading in China, according to new research. This common STI is currently treated using a cocktail of two drugs, azithromycin and ceftriaxone. The problem is that almost 19% of reported cases are resistant to azithromycin and almost 11% to ceftriaxone, according to a study published in Plos Medicine. Everyone’s common nightmare, HIV has also surged by 14% with the majority of cases transmitted through sex rather than blood transfusions. At the end of June 2018, there were more than 820,000 who have been infected and 93% contracted the virus through sex.

Related: Here’s Why Some Men Are Crying After Sex