How HBO Mined Gold From This Iron Throne

The final season of Game of Thrones drops in April. Here's what we gathered about HBO's most successful and lucrative global conquest to date.
Li-Mei Foong
Monday 18 March 2019
Khaleesi with her dragon eggs. Photo: HBO

Once, George R.R. Martin wrote space operas and vampire tales and dreamt of making it big. Now, the celebrated novelist, best known today for his book series that spawned the Game of Thrones TV epic (and possibly for having the world’s most famous writer’s block), enjoys both fame and fortune.“I like the fortune part of it,” Martin, who funded budding fantasy writers and backed a wolf sanctuary, told The Guardian.

And what a likeable fortune it is. Not just for Martin, whose net worth is pegged at US$65 million, but for the entire universe of Game of Thrones – not so much a TV series these days as it is a global pop culture phenomenon.

Game of Thrones’ lead actors and actresses are among the TV realm’s highest paid. According to Variety, Emilia Clarke, Lena Headey, Kit Harington, Peter Dinklage and Nikolaj Coster-Waldau receive about US$500,000 per episode for their (steamy, schemy) troubles. Every episode also makes some other people rich. HBO pays around US$10 million for each episode, with much of it going to visual effects wizards to send dragons soaring and White Walkers, well, walking.

Some of it went to the city of Dubrovnik in Croatia, where Game of Thrones’ King’s Landing was set, Fortune reports. Northern Ireland, which has invested US$18.28 million into the show, also revealed that it earned back US$224 million by way of filming revenue (many key scenes were shot there), tourism and so on.

But the one laughing the loudest to the bank? HBO. Game of Thrones does not rely on ads, but it does drive subscriber growth, licensing fees, as well as merchandise and home video sales for the network.

HBO was already known for producing crowd favourites like The Sopranos, The Wire and Westworld. But these popular series must bend the knee before Game of Thrones, the First of Such Ratings, the Unfailing, Khaleesi of Oversea Airings, Breaker of World Records and That Show with Dragons.

Every episode of Game of Thrones in the seventh season, for example, averages 30 million US viewers across platforms, smashing the network’s ratings records. That year, HBO’s revenue jumped 13%, according to its earnings report for the fourth quarter. This puts its revenue at US$6.3 billion. Meanwhile, it enjoyed the highest domestic subscribers and subscription revenue growth.

The medieval drama proved to be as hardy for travel (and as well-liked) as Arya Stark, airing in 186 countries and territories. HBO Asia told Forbes that viewership of the first episode of Season 7 spiked 50% in Singapore, 47% in the Philippines, and 24% in Taiwan compared to the previous season.

Game of Thrones also entered the Guinness Book of World Records in 2017 as the most in-demand show globally, as identified by big data TV analytics firm Parrot Analytics. In a blog post, renowned author Neil Gaiman once gently reprimanded fans demanding Martin to hurry up and finish the next novel: “George R.R. Martin is not your bitch.”

Nope, he’s not. But perhaps we are his, begging for more heartbreak (Hodor!), schadenfreude (bye, Joffrey), and satisfying twists (hello, Sansa!) in the world he created and a show he executive-produces.

Last year, when Game of Thrones took a release break, Asians did not. We were still stuck in Westeros, come hell or hiatus.“Game of Thrones is the number one English-language title over the (last quarter of 2018) across Asia, and demand has been increasing,” Samuel Stadler, vice president of marketing at Parrot Analytics, tells UNRESERVED.

This is reflected in Parrot Analytics’ record of demand expressions, which includes social media mentions and peer-to-peer (P2P) downloads or streaming. Despite having no new seasons in 2018, Game of Thrones recorded the highest demand expressions per capita from last September to December in Asia, trumping even that of The Walking Dead, The Flash and Arrow – all of which premiered new seasons in that period.

Across Malaysia, Indonesia, the Philippines, Singapore and Thailand, Game of Thrones was in the top three most in-demand shows, according to the TV data analytics firm.In 2014, China’s national broadcaster aired Game of Thrones. This caused some jaw-dropping among the Chinese audience, as their government had recently banned several popular US TV series from online streaming sites.

It appears that China wanted in on the action, but not the kind that happens in bed. The carnage and naughty bits in the notoriously explicit show were chopped out. Such heavy-handed censorship mangled the drama’s continuity, and made it seem like, as an Asia Times article put it, “a documentary of European castles on the History Channel”.

The Chinese, by then already big fans of Game of Thrones, would rather watch the series in its entire (full-frontal) glory. Piracy of the show rose 56% year-on-year in China in 2015, though it paled in comparison with the 155% rise recorded in India, according to media protection company Irdeto.

By 2017, the show’s seventh season had been pirated about one billion times, reports anti-piracy analyst firm MUSO. That means more people have illegally seen Samwell Tarly steal a bunch of books than legally.

“Game of Thrones has become one of the biggest global entertainment phenomena of today and activity across piracy networks has been totally unprecedented,” MUSO CEO Andy Chatterley said in a statement.

While the US was the biggest pirate of the first episode of Season 7 with 15 million downloads, Southeast Asian countries were among the top 15. According to Statista, Indonesia and the Philippines were in fifth and sixth place respectively with about 4 million downloads each. Vietnam hit 2.5 million downloads while Malaysia recorded 1.75 million.

How did Game of Thrones conquer the hearts of Asians? Marketing helps. In 2016, Singapore held Asia’s first “Worlds of Westeros” immersive experience that allowed fans to scale The Wall in VR and browse concept art from the show. White Walkers marched the streets of Hong Kong. Before the premiere of Season 6, fan favourites Maisie Williams (who plays Arya Stark) and Liam Cunningham (who plays Davos Seaworth) visited Japan and Thailand respectively.

But another reason is Game of Thrones’ winning combination of medieval grandeur and drama – both to Asians what wine is to Tyrion Lannister. According to data from Parrot Analytics last year, the average Chinese demand for historical setting in romantic shows is far higher than contemporary setting. Asians are also hungry direwolves for drama, with 47% of respondents picking it as their favourite genre, compared with comedy’s 13% and animation’s 8%.

These days, it is hard to imagine that Game of Thrones had some trouble lifting off the ground. In an interview with Fast Company, the showrunners revealed that the fantasy epic was pitched when HBO was in the midst of a management shake-up in 2008.

On top of the wobbly new leadership, HBO had always banked on crime series like The Sopranos and The Wire, not fantastical feuds with dragons and sorta-zombies and mad kings or queens. But the network decided to take a plunge. They ended up taking the world with them – fans from all walks of life fell head over heels for the pop culture behemoth that launched viral memes, scholarly studies and those pesky spoilers invading everyone’s social media feed. HBO further stroke fan fervour (while combating piracy) by “simulcasting” – broadcasting simultaneously across the world – Game of Thrones episodes since Season 5.

As such, we entered a golden era of global TV. Amanda Lotz, a professor of media studies in the University of Michigan, wrote in The Conversation that, historically, television programmes are a “profoundly national medium”. Even internationally-renowned works like The Simpsons and Baywatch were often aired in different countries months or years after it went on its country of origin.

“It’s now possible for a series to release new episodes for viewers around the world, and the result is a global watercooler – a shared media culture that transcends national boundaries,” notes Lotz. “While you might think that Netflix or Amazon Video would have an advantage, it’s a HBO show – Game of Thrones – that’s at the forefront of this phenomenon.”

Alas, valar morghulis. All series must come to an end. The curtain is coming down for Game of Thrones after its final season premieres in April.

The trailer is here. #GameofThrones (LINK IN BIO)

Could this mean that winter is coming for HBO? Some feared that the network will start bleeding subscribers. Data from Rakuten Intelligence showed that between April and June 2015, around the time when the fifth season of Game of Thrones premiered, nearly half of the people who signed up for a trial of HBO Now did not become subscribers. Among those who subscribed, about 20% immediately dropped out after Game of Thrones was over.

With intense competition from Netflix’s original content blitz, HBO is not ready to put the show to the sword. The network has already started developing five Game of Thrones prequels.

For now, we have one last season to brace ourselves for – the US$15 million apiece budget for the last six episodes of Game of Thrones only made our expectations bigger than Daenerys’ dreams. Soon, much of the world’s gaze will be transfixed on the Seven Kingdoms again. Who will win the Game of Thrones? HBO already has.

Related: Game of Thrones Things You Need Before the News Season is Out 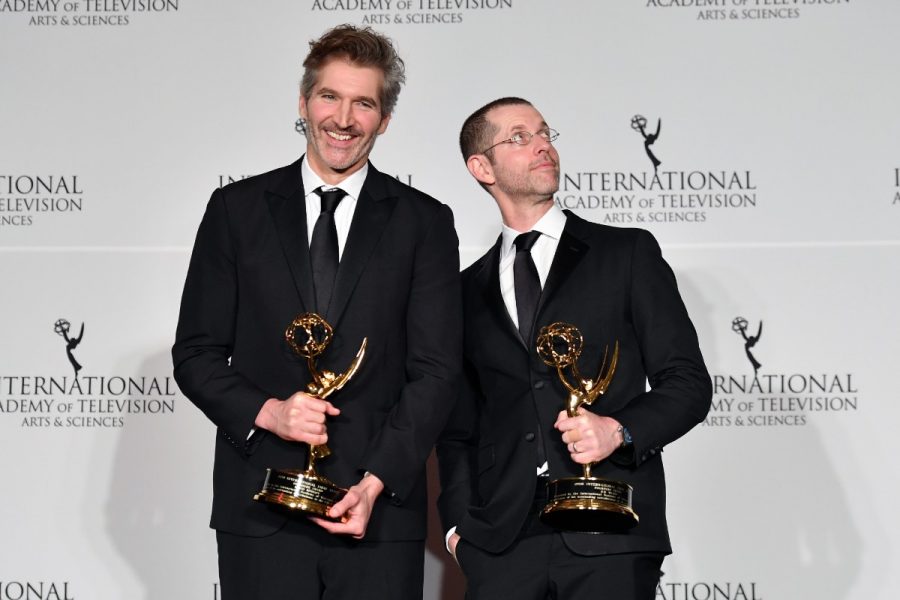