Gone Too Soon: The Aftermath of Korean Starlet Sulli’s Passing

She was found dead at her home.
Lainey Loh
Tuesday 15 October 2019 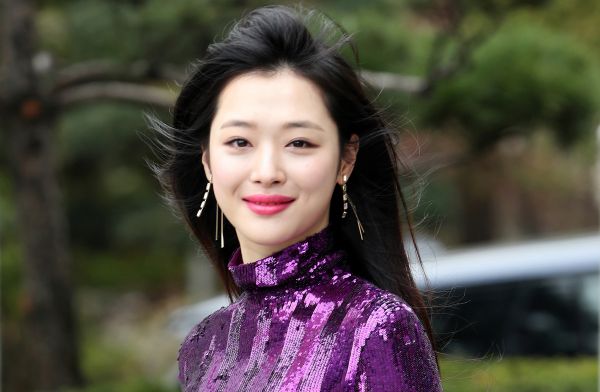 Her death sent shockwaves through the K-pop community. Photo: AFP

A popular K-pop star who had long been the target of malicious online comments was found dead at her home Monday, South Korean police confirmed. The body of Sulli, a former member of top girl group f(x), was discovered by her manager at her home in Seongnam of Gyeonggi Province on 14 October at approximately 3:21 pm (KST) after failing to get in touch with her since 6:30 pm (KST) on 13 October.

“We received the report of her death at about 3:20pm. She had already passed away when we arrived on the scene,” the Seongnam Fire Station was quoted as saying by local media outlet Dispatch.

Police said in a statement that the 25-year-old had been suffering from “severe depression”. A handwritten memo containing her personal feelings was reportedly found at her home but the police will not be releasing its contents. The exact cause of her death was still under investigation.

South Korea has one of the world’s highest rates of suicide which, according to recent government figures, is among the top causes of death for those under 40.

Sulli, whose real name was Choi Jin Ri, debuted in 2009 for f(x), which quickly became one of the top K-pop girl groups worldwide. However, she was forced to suspend her career in 2014 after struggling with cyber-bullying and left the group a year later to focus on acting projects.

A bright character, she was known for her outspokenness and drive for women’s rights, for which she had continuously suffered online bullying and harassment. Sulli showed public support when South Korea overturned its abortion ban and staking her position as pro-choice. She was active on social media and recently hosted a TV series, Reply Night, where celebrities discussed their experiences with online abuse.

Her death sent shockwaves through the K-pop community. “I always adored and respected you for your boldness. All I can say is rest in peace,” a fan commented on Sulli’s Instagram account. “In heaven, you don’t have to act strong or pretend everything is okay,” another fan said. “I hope you will only think about yourself there.”

Scores of Korean celebrities and her closest friends have also taken to their respective social media platforms to express their grief, while others (Super Junior, SuperM, NCT Dream, Amber, Kim Yoo Jung, NU’EST) have announced immediate cancellations of their upcoming schedules out of respect for Sulli.

Translation: “In that world, I hope Jin Ri does what she wants to do.”

Translation: “Everyone is going to remember your smile.”

Sunday (a member of The Grace).

Translation: “I love you too, Jin Ri.. I couldn’t respond to you that day in Kondae because I was too embarrassed.. I’m sorry I never bought you mango bingsoo (shaved ice). I’m going to see you tomorrow. To everyone who hurt you. Life is a boomerang.”

Meanwhile, Sulli’s agency SM Entertainment has released an official statement following news of her death which read, “This is SM Entertainment. We apologize for conveying such sad and unfortunate news.”

“Sulli has left our side. We cannot believe the situation now and we are just filled with grief. For her family who is grieving after the sudden news of her passing, we earnestly request that you refrain from writing speculative articles or spreading rumors. We express our deep condolences.”

The agency added that Sulli’s funeral proceedings will not be open to the press, including visitation and carrying of the casket out of the venue, in accordance with her family’s wishes. ​Plastic’s fantastic: Barbie Now Comes In A Wheelchair And Prosthetic Limbs
By