Why More and More Governments are Legalising Marijuana

Marijuana is big business – find out how it's changing the game for everyone.
Angela Yap
Thursday 27 September 2018 Cannabis is on the verge of a global renaissance.

The plant of a thousand names – marijuana, weed, pot, Mary Jane, hashish, reefer, 420, pakalolo, ganja – is shedding its underground Woodstock vibe and courting establishments it once raged against – governments, financial institutions and the scientific community.

There are literally hundreds of strains for cannabis but they all boil down to either pure or hybrid of the species cannabis sativa, cannabis indica and cannabis ruderalis.

By all measures, ‘pot shots’ have evolved into serious business as countries look to legalise, or to a lesser extent decriminalise, its use, including most recently, Malaysia.

Demographics and opinions surrounding cannabis are changing. US-based Pew Research Centre reported that six-in-ten Americans say the use of marijuana should be legalised, a steady increase over two decades from 31% in 2000 and a record-high approval since the survey began in 1973.

Up north, Canada is fast becoming the blueprint for cannabis success and home to some of the world’s largest billion-dollar pure play marijuana corporations. Leading the green rush is Canopy Growth Corporation (CGC) currently listed on the Toronto stock exchange under the ticker WEED and valued at US$5.6 billion, making it the first federally-regulated pure play pot producer to trade on NYSE, a pre-emptive move in anticipation that Canada will be the first major nation to legalise recreational use.

The possibility of more governments regulating the herb is also on the cards as legislators seek to curb the illicit distribution of weed and capture through federal tax what has thus far been mostly black market sales.

Hot off the press is Deloitte’s June 2018 findings in A Society in Transition, An Industry Ready to Boom: 2018 Cannabis Report. It projects the total cannabis market in Canada, including medical, legal and illegal recreational products, will generate up to US$5.52 billion (C$7.17 billion) in total sales in 2019. Legal sales are expected to contribute more than half of this total – up to US$3.34 billion – in the first year with Canadians willing to pay up to a 10% premium for legal weed.

On 19 June 2018, Canada’s senate voted to legalise marijuana for recreational use. Medical cannabis is anticipated to generate an additional US$1.38 billion in sales, with the illegal market bringing in a further US$800 million. Via legalisation, Canada plans to capture proceeds from and eliminate this substantial black market.

There is also the ancillary businesses that will grow as a result of introducing the product formally into the financial ecosystem: security, transportation taxes, licensing fees, tourism, paraphernalia. A previous 2016 Deloitte study estimates this to be US$17.7 billion.

And if you think legalisation or decriminalisation of pot is led purely by stoners and crackheads… think again.

In May 2017, Sir Patrick Stewart, best known for his roles in the Star Trek series and X-Men franchise, came out to dispel the stigma surrounding cannabis use at a conference announcing Oxford University and the UK’s first-ever £10 million research to explore the benefits of cannabis-based medicines.

The then 76-year-old said: “Two years ago, in Los Angeles I was examined by a doctor and given a note which gave me legal permission to purchase, from a registered outlet, cannabis-based products, which I was advised might help the osteoarthritis in both my hands.” An ointment at night, spray to his fingers and joints, and edibles reduced the pain and stiffness in his hands; he had even lost the ability to make a fist.

Expressing his reasons for this risky confession, the thespian said: “This is an important step forward for Britain in a field of research that has for too long been held back by prejudice, fear and ignorance. I believe this programme of research might result in benefits for people like myself as well as millions of others.”

Previously, clinical trials of medical marijuana were near impossible on two counts: It was classified as a Schedule I substance on par with heroin and other addictive drugs. Any official study of its use would have been illegal. Not many would own up to using an illegal substance, let alone participate in a clinical study.

As society becomes more open to alternatives, so too is the science more pronounced.

Cannabinoids, the psychoactive compound in cannabis, have long been researched and attributed as an effective treatment for cancer in mice. Most recently, Nasdaq-listed GW Pharmaceuticals’ results on human testing on patients with aggressive brain tumours. Combining cannabidiol (CBD) and tetrahydrocannabinol (THC), the chemical compound that gives cannabis its ‘high’, it found survival rates increased by six months longer.

“What we found,” explained Dr Staci Gruber, Associate Professor at Harvard and Director at MIND, “was that at the three-month visit, individuals did not look worse on measures of cognitive function, despite the fact that they had started using medical marijuana. In fact they looked better.”

As the science stacks up, Big Pharma too is getting in on the action. AbbVie, a spin-off of Abbott Laboratories, makes available in selected markets, marijuana-based drugs such as Marinol which alleviates nausea for chemotherapy patients and is used as an appetite stimulant for AIDS patients.

If you see this cannabis comeback as a Western affair… look again. Cannabis’ roots run far deeper in Asian history, culture, rituals and values. The use of marijuana in everyday Asian life dates back centuries and is more embedded than we’d like to admit.

The first evidence of the medicinal use of cannabis is found in China in the classic medicine book Shen Nong Ben Cao Jing (The Herbal Classic of Shen Nong). Attributed to Shen Nong, the originator of Chinese herbal medicine circa 2000 BC, it lists marijuana together with other roots and herbs such as reishi, ginseng, jujube, Chinese cinnamon, and liquorice root.

In Southeast Asia, for generations cannabis seemed to have no legal or moral stigma attached and was freely grown in the backyards of Thailand, Laos, Cambodia, and Vietnam. It was used in traditional cooking and prepared in various methods to treat migraines, cholera, malaria, dysentery, asthma, digestion, parasites, post-childbirth pain, and used as a general anesthesia.

In the 70s, one of Thailand’s most lucrative (and secretive) exports was Thai Stick, a premium-grade marijuana variant that has been touted as “possibly the best marijuana in the world”.

Owing to the region’s soil, climate and the Thai’s sophisticated cultivation technique that some say came from China, it resulted in extremely potent buds with high THC content. The Kingdom’s hidden history is best chronicled in Thai Stick: Surfers, Scammers, and the Untold Story of the Marijuana Trade, authored by ex-smuggler Mike Ritter and war-crimes investigator Peter Maguire. Pieced from hundreds of interviews with Thai pirates, power brokers, ex-Khmer Rouge and US Department of Enforcement officers, it is the first book to document the hidden history of the Trans-Pacific pot trade, from cottage industry to international smuggling ring.

So what propelled this everyday herb into the realms of illegality? In a word: Prohibition.

In Asia, prohibition is a modern concept. Its history in the US and UK is more economics and xenophobia than morality. In the 1900s, threatened by innovations in hemp in multi-billion dollar industries such as fuel and paper, American titans backed Harry Anslinger, nicknamed ‘Godfather of Cannabis Prohibition’ and the first commissioner of the US Federal Bureau of Narcotics, in order to decimate ‘marihuana’.

Anslinger planted the seed of fear in the American public that marijuana was a violence-inducing, rape-manic, murderous drug brought about by weed-smoking Hispanics and black people.

Galvanising the PR machinery of moghul William Randolph Hearst – who owned the US’s largest newspaper chain – it ran sensational headlines such as “Marijuana, Assassin of Youth” and educational posters that warned of sexual deviance from this “weed with roots in hell”. Such tactics fuelled the republic’s anti-pot crusade. Then America extended it to Asia.

In the 1930s, America critiqued Thailand for widespread acceptance of cannabis (at the time, maximum imprisonment was just one year, a far cry from today’s death penalty for possession).

Thailand’s leaders promptly pointed out that marijuana “abuse” was not part of Thai culture (it’s not possible to abuse something that has been culturally accepted for generations) and that America’s drug woes were entirely its own doing.

The East vs. West conundrum is laid out in a 1969 paper commissioned by the Canadian Government which notes that “the use of cannabis has a different meaning in Eastern cultures where a long history and tradition surrounds its use than it does in the West, where it is a relatively recent phenomenon.”

Eventually in 1979, Thailand passed its own Narcotics Act and marijuana was declared illegal. Many then switched to the far more lethal and addictive methamphetamine, or crystal meth, which is today responsible for over 90% of the nation’s drug arrests.

Now, it seems the Kingdom’s dance with grass has come full circle. The recently established Thai Cannabis Corporation, the country’s first legal weed company, unveiled a five-year cannabis project supported by the Royal Project Foundation and Maejo University. Its focus is to revive Thailand’s hills to breed high-grade cannabis strains with less than 1% THC, below the existing legal limit. Additionally, Thailand’s Narcotics Control Board has green-lighted a Rangsit University research to create a cannabis-extract spray for cancer patients.

So, with all the exciting innovation that’s happening on the global research front, why does it still feel like marijuana is hustling for legitimacy? The answer is social permissibility.

Despite the growing body of science, marijuana is indistinguishably lumped with ‘sin’ industries like prostitution, alcohol and hard drugs. But at what cost and whose expense?

Harvard’s Dr Gruber sums it best: “I think the most important thing for the public to remember is that we are extraordinarily vulnerable creatures, not just to marijuana, but to alcohol, to injury, to illness – to lots of things – up to a certain age.”

“If it’s widely available, we have to be mindful of how people are educated and what they know. My goal as a scientist is to provide the right information – the truth – and let them make informed decisions. That’s really the most important part: education and open dialogue. No judgment, that’s the thing.”

Will marijuana finally have a fair shot to prove itself as The Little Herb That Could?

Related: Malaysia Could Be the First Country in Asia to Legalise Marijuana

7 Facts Around the Hindu Seafield Temple Conflict
By D. Kanyakumari 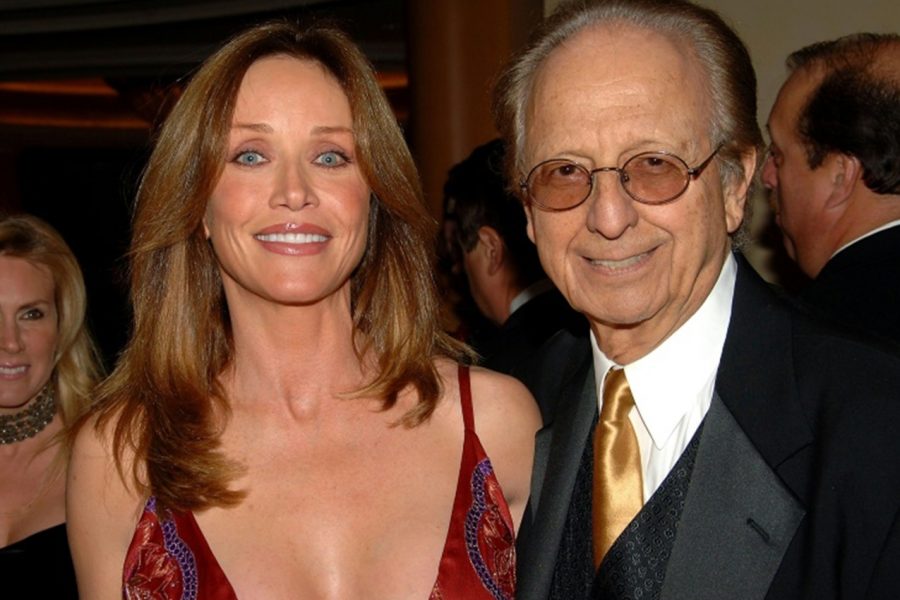