Have You “Met” the Most Notorious Ghosts in the World?

An introduction to things that go bump in the night.
Zoe Ibrahim
Wednesday 9 October 2019 We’ve all heard haunting stories of ghosts, demons or spirits at least once in our life. Each culture has a different story to tell, though many can be similar, like the pontianak that comes in different names according to the country of origin. There is a ghost for every kind of situation if you look hard enough and we’ve listed down some of the most notorious ones out there

In most of Asia, there are stories that are meant to scare you from going to the toilet at night and Myanmar is no exception. The Myanmar Times tells of a ghost known as chay kalein ma (twisted-leg lady) who haunts the toilets of boarding schools for girls. If anyone should have the misfortune of encountering this spirit, run in a zigzag pattern to avoid getting caught by her. Her appearance is that of a woman with disfigured crooked legs. It’s best to wait for daybreak to take a leak in Myanmar.

There’s a simple belief of ghosts in their culture. If you have unfinished business on earth then your soul becomes a yūrei. These restless spirits cannot be destroyed, only pacified, and Japan has long been in the business of placating them. Urban legends like the toilet yūrei Hanako-san have popped up over the years. Said to be a girl killed in World War II, it appears in school toilets and may or may not drag you to hell. There’s even a shrine in the middle of Tokyo that they refuse to bulldoze for fear of invoking the wrath of the yūrei of samurai Taira no Masakado.

The Bangladeshis have a myriad of ghosts or bhoot in their country. Many different types of bhoot exist, from the mechho bhoot that likes to eat fish to the gechho bhoot that jumps on unsuspecting people and snaps their necks. One particular ghost, the skondhokatas bhoot, is more akin to the old-school headless ghosts of war. This ghost wanders around looking for its head and is very easy to trick into leaving you alone; it should be obvious why. But many of these bhoot are easy to distinguish if you have trouble telling them apart from humans in the night; their feet are turned backward.

There are too many to choose from but the ever-popular jiang shi or geung-si is a good one to bring up. The term can be directly translated as “stiff corpse”; it’s no wonder they are known to hop instead of walk. The legend can be traced to the Qing Dynasty when corpses were returned to their villages in carts at night. The typical description of these undead creatures is that of a spirit wearing a Qing Dynasty official outfit that has an unnatural glow, with long sharp nails and teeth. Jiang shi can be created or they can occur naturally, such as if the corpse has been struck by lightning.

The Thais refer to this entity as koman-tong (golden child), while Malaysians commonly identify it as toyol. This cunning creature is typically invoked by shamans, which in Malaysia are known as bomohs, by using a foetus to trap the spirit of an unborn infant. Once called upon and trapped, one must adhere to the strict rules on how to nurture it like feeding it blood or milk from a mother. In return, the toyol will steal money or jewellery for its owner. Sometimes it can even be asked to commit murder. It can be passed down through the generations or get a bomoh to help get rid of it.

This country has a long and tumultuous history of the supernatural. There are no doubt a million stories about ghosts, demons and mystical creatures surrounding the unexplained. Within the rich Javanese culture there is something known as the genderuwa or gendruwo. Rather than a ghost, it is a mythical creature from the times before the arrival of Islam in Indonesia. Like many mythical beasts, this one can shapeshift into animals as well as humans. Known widely to be an obscene and mischievous creature, the genderuwa is also known to impersonate husbands and impregnate wives.

Who hasn’t heard the age-old tale of a female ghost with long hair and white clothing haunting us from the corners of our eyes? Tales of banshees are rooted deeply in Celtic folklore. The stories have been traced back to the 8th century to women who collected coins in return for singing laments at deaths. Another version tells of a girl who was brutally murdered; yet another version talks of an old woman whose appearance is so frightening that it can cause death. In all these stories, the banshee’s screams or howls signify death or impending death.

The harrowing and anxiety-inducing experience of sleep paralysis has been linked to demonic presences and even alien abduction in different cultures. In Thailand, a country with very strong beliefs surrounding the paranormal, there is a ghost or phi to be blamed for this disturbing occurrence. Some sources describe the phi am as a disembowelled spirit that preys on people when they sleep. This ghost will sit on the person’s chest, causing discomfort and sometimes even death. In some parts of the country, this is believed to be a widow ghost who only preys on men, which prompted some of them to sleep with lipstick on their lips in hopes of fooling the evil spirit.

This article is an excerpt from UNRESERVED’s October 2019 issue from the article THINGS THAT GO BUMP IN THE NIGHT.

Related: Why Ghosts and Goblins Are Scarier in Southeast Asia 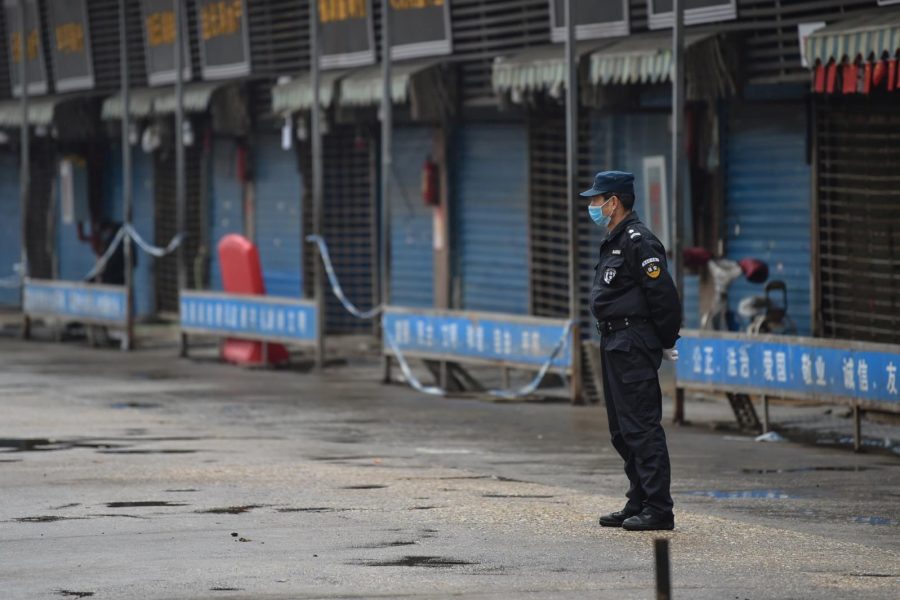