Jimmy Lai, 71, was held on charges including colluding with foreign forces and fraud. Photo: AFP

Hong Kong’s new national security law – which criminalises secession, subversion, terrorism and colluding with foreign forces – saw the roundup of 10 prominent anti-China critics early this month as part of a widening crackdown on dissent. The crackdown included the arrest of pro-democracy media mogul Jimmy Lai, who was arrested on 10 August and released on bail two days later. 200 police officers searched the newsroom of his Apple Daily tabloid, which is unapologetically critical of Beijing.

“They already have had a very powerful, intimidating effect in Hong Kong’s resistance movement,” @JimmyLaiApple tells @NickSchifrin about the provisions of the new national security law. https://t.co/Q33NHdjeoU

Lai, 71, was held on charges including colluding with foreign forces and fraud. Beijing hailed the operation, declaring him an “anti-China rabble-rouser” who conspired with foreigners to “stir up chaos”. Among the others arrested were two of Lai’s sons, young pro-democracy activist Agnes Chow and Wilson Li, a former activist who works as a freelancer for Britain’s ITV News.

The arrest boosted the newspaper’s print sales up to 550,000, as people in the city rushed to buy the next day’s copies in a show of solidarity for Lai.

Such indiscriminate arrest clearly aims at intimidating us. The regime assumes every one of us is a potential criminal, so it has to scare us and to submit us under the #NSL so all of us are obedient from now on.https://t.co/kIM2zEQivY

One restaurant owner bought 50 copies at a newsstand in the commercial district of Mong Kok and said he planned to give them away free of charge. “Since the government doesn’t allow Apple Daily to survive, then we as Hong Kongers have to save it ourselves,” the man, who gave his surname as Ng. The newspaper’s front page showed a picture of Lai being led away in handcuffs, with the headline “Apple will fight on”.

Lai’s arrest sparked a buying spree in shares of his media group, and between the Monday arrest and closing time on Tuesday its stock value had risen by more than 1,100%.

Introduced on 30 June, the national security law’s broadly worded provisions criminalised certain political speech overnight, such as advocating sanctions and greater autonomy or independence for Hong Kong. Similar laws are used on the authoritarian mainland to snuff out opposition. Critics believe the security law has ended the key liberties and autonomy that Beijing promised Hong Kong could keep after its 1997 handover by Britain.

1. While Beijing claims #nationalsecuritylaw won’t affect #PressFreedom in #Hongkong, #HK Immigration Dept just denied w/o reason the work visa for a @HongKongFP reporter, who has been closely following #hkprotestshttps://t.co/cytGGuRfh3

In response to objections made by Hong Kong’s Foreign Correspondents’ Club to the arrests, the Chinese Foreign Ministry warned that “eagerly justifying Jimmy Lai is nothing short of siding with the forces sowing trouble in Hong Kong and China at large”. “We call on the FCC, Hong Kong to respect the facts, distinguish right from wrong, and stop smearing under the pretext of press freedom the implementation of the National Security Law,” it said.

United States Secretary of State Mike Pompeo called Lai’s arrest “further proof” that Chinese authorities had “eviscerated Hong Kong’s freedoms and eroded the rights of its people”. “We’re going to respond in real ways,” Pompeo later promised in an interview with Newsmax. The US has already imposed sanctions on a group of Chinese and Hong Kong officials – including city leader Carrie Lam – in response to the crackdown.

Hong Kong’s police said those arrested were part of a group that had previously lobbied for foreign sanctions. 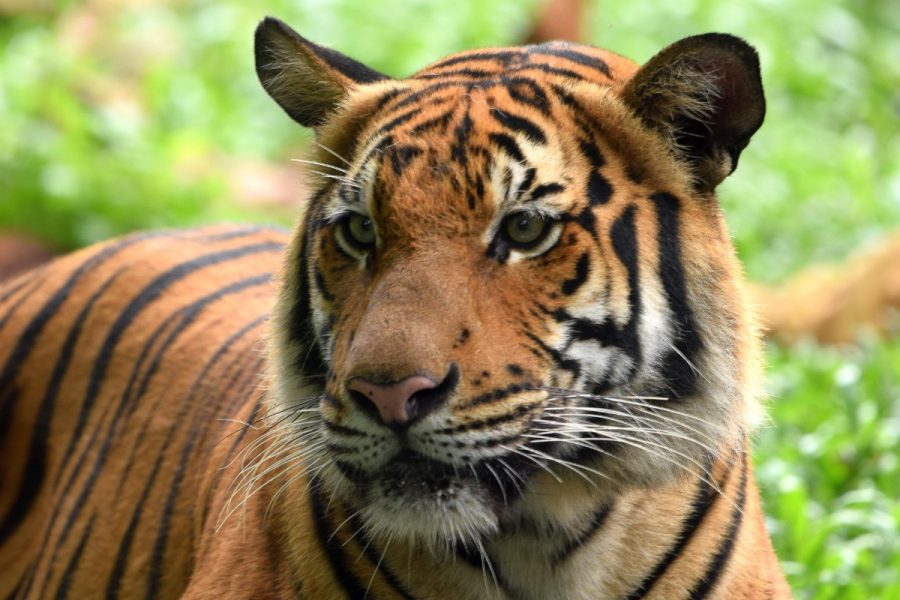 The Last Days of the Malayan Tiger
By Muna Noor

When is a Sport Not a Sport?
By Andrew Leci
Fighting Against Fake News
By