How Ethical is Your Gold?

As high-end consumers demand to know the origin of their treasures, some jewellers are ensuring they use responsibly sourced, eco-friendly or recycled gold.
Lainey Loh
Tuesday 23 April 2019
A gold rush of a different kind. Photo: AFP

Among the many certificates and standards claiming to codify “responsible” goldmining, two labels stand out. They are “fairmined” gold – a label certified by a Colombian NGO – and the more widely known “fairtrade” label launched by Swiss foundation Max Havelaar.

Both support artisanal mines that seek to preserve the environment in terms of extraction methods, along with decent working conditions and wages for the miners. Such production remains limited – just a few hundred kilograms annually. Global gold output, by comparison, totals around 3.3 million kilograms.

Concerned jewellers are keen to ensure they can trace the source of their entire supply to an ethical production cycle and to firms certified by the not-for-profit Responsible Jewellery Council (RJC), which has developed norms for the entire supply chain. RJC members must adhere to tough standards governing ethical, human rights, social and environmental practices across the precious metals industry.

The French luxury group Kering, which says it has bought more than 3,500 kilograms of “responsibly produced” gold since 2015 for its Boucheron, Pomellato, Dodo and Gucci brands, has committed to 100 percent use of “ethical” gold by 2020. “We are trying to maximise the proportion of Fairmined and Fairtrade gold – but their modest production is in great demand so the bulk of our sourcing remains recycled gold, (which is) certified ‘RJC Chain of Custody’,” Kering jewellery and watches sustainability manager Claire Piroddi said.

Fairmined or Fairtrade gold is “about 10 to 12 percent more expensive. But recycled gold barely generates any additional cost premium,” Piroddi told AFP, since it was already refined for a previous life in the form of jewellery or part of a high-tech product. Going a step further, using only precious metal from electronic or industrial waste is an original idea developed by Courbet, a brand launched just last spring.

“We do not want to promote mining extraction or use recently extracted gold, so we sought suppliers who recycle gold used in graphics cards or computer processors. That’s because we know today that more than half of gold’s available reserves have already been extracted,” Courbet co-founder and artistic director Marie-Ann Wachtmeister explained. She said the brand’s watchwords are ethical and environmental consciousness.

“In a mine, a tonne of terrain might contain five grams of gold, whereas a tonne of electronic waste might generate 200 grams,” Wachtmeister said. “Clients are also demanding an ecological approach more and more – they are aware of their day-to-day impact and consider the origin of what they wear,” she added.

“The issue of supply really resonates with the public at large,” Ponce director general Thierry Lemaire added. Ponce is a jewellery firm that was established in Paris’s fashionable Marais district in 1886. The company is RJC-certified and uses only recycled gold.

“There is a logic to that – if we want to do our work well, then let’s go the whole hog and respect nature. That can be done today because the entire chain has become standardised. Studios such as ours that work for major names on Place Vendome are all certified,” Lemaire said, referring to an upscale square in Paris.

He represents the fifth generation of family firm Ponce, which produces 45,000 gold rings a year from recycled gold. Working in a pungent atmosphere of heated metal, refiners sit hunched over polishing machines, a large leather hide slung over their knees to catch the tiniest shaving.

“Every Friday, we have a great clearout and go over the workshop with a fine-tooth comb to pick up little bits of (gold) dust and shavings,” Lemaire said. “Nothing is lost, it’s a truly virtuous chain.”

Related: 9 Weird, Expensive Things Rich People Might Be Into 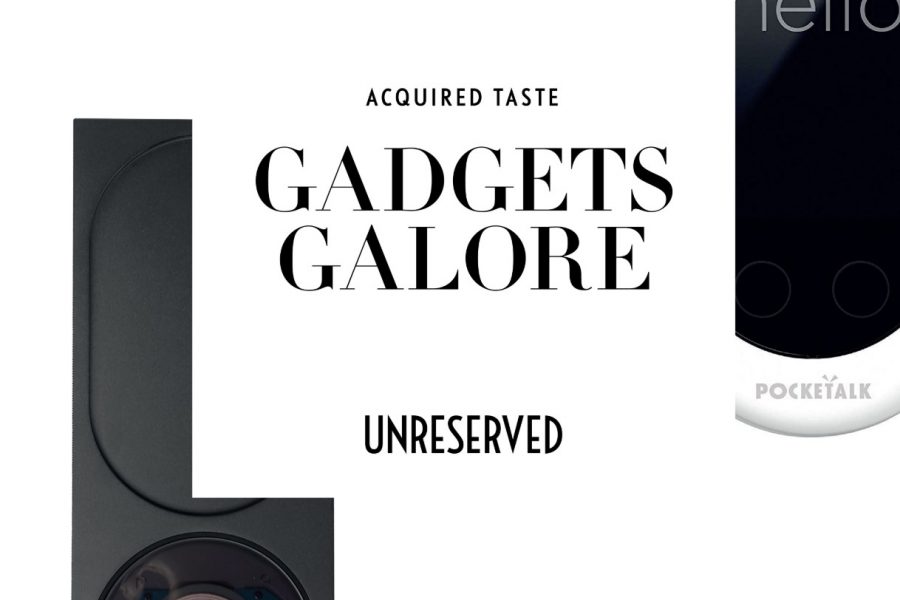 This Monocular Camera Fits In Your Pocket
By Sherelyn Goh