How Flag Carriers in the Region are Navigating Turbulence Blue skies ahead for these Asian airlines? Photo: iStock

There’s no denying that it has been a bleak few years for Malaysia’s flag carrier. Earlier this year, the Malaysian government suggested to either close, sell or refinance the business. In August, Khazanah Nasional Bhd, the airline’s sole shareholder, cashed in a further RM300 million (US$72 million) in addition to the RM500 million (US$119 million) pumped in from March this year as reported in The Edge Financial Daily. This makes a total of RM800 million (US$191 million) of capital put in by the Malaysian sovereign fund.

Earlier in July, reports revealed that Khazanah, which initially injected RM6 billion (US$1.43 billion) when it took the airlines private in 2014, has hired the services of Morgan Stanley as an independent advisor to come up with strategic options to aid the struggling airlines, implying that the options include “a potential stake sale”.

The airlines is also looking at joint ventures to perk things up. It recently signed a memorandum of understanding with Japan Airlines on a joint venture agreement to build services offered between Malaysia and Japan in time for the 2020 Tokyo Olympics. At the time of writing, the agreement is still subject to relevant approvals. The agreement could also look beyond the major sporting event, according to The Edge Markets, which could include other areas of cooperation such as cargo, maintenance and overhaul services.

In March this year, the Indonesian flag carrier cancelled orders for 49 Boeing 737 MAX planes after the two tragic crashes that led to a worldwide grounding. The revised net loss amount of US$179.2 million was released in July this year after the flag carrier, which is majority-owned by the government, was instructed by the local financial authorities to correct its 2018 financial results. Previously, the airlines reported a net profit of US$809,846 that ended with US$240 million in 2018.

To add more fuel to the fire, Garuda is also under scrutiny by the Business Competition Supervisory Commission (KPPU) after receiving allegations of malpractice such as suspected fixing of domestic flight ticket prices as reported in the Asian Nikkei Review. On a lighter note, Garuda is also looking at a joint agreement with Japan Airlines ahead of next year’s Tokyo Olympics to help turn things around.

Similar to its regional competitors, Thai Airways also reported a 6.88 billion baht (US$223.7 million) loss in the second quarter of 2019 in contrast to a 3.1 billion baht deficit at the same time last year as reported by Bloomberg.

The more than double loss is said to be attributed to the global economic slowdown, fierce regional competition and the surge of the baht currency, which analysts have suggested was one of the biggest blows to the flag carrier as it severely affected the local tourism industry.

According to the Bangkok Post, the airline has come up with strategies to reduce expenses and increase its revenue in a bid to tackle an accumulated debt of 100 billion baht (US$3.3 billion), which includes implementing cost-control strategies, new marketing strategies and synergy alliances with other businesses.

Elsewhere in the region, Singapore Airlines reported the group’s net profit for the first quarter ending in June was S$111 million (US$80 million), a fall of 20.7% from S$140 million (US$101 million) from the previous year. As reported by Bloomberg, the decline could be attributed to rising fuel costs and expenses from the grounding of six of its Boeing 737 MAX planes.

In a bid to turn around amid the rising fuel costs, the airline has invested in the less fuel-guzzling models of the Airbus A350s and the Boeing 787-10 Dreamliner for its fleet. Meanwhile, its budget airline Scoot has revealed that the fuel-efficient 16 A321neos will be added to its fleet to make up for the loss it made from the 737 MAX grounding.

According to Bloomberg, six of those planes will replace an existing order for A320neos, while 10 of it will be leased. It added that the first aircraft is expected to be delivered towards the end of next year.

The Hong Kong flag carrier was caught up in the storm of the anti-government protests after more than 150 flights had to be cancelled. The company came under fire from Beijing which blamed the airline for “failure to rein their staff” after several of its employees took part in the rallies as well, suffering major online backlash calling for boycott of the airlines.

South China Morning Post revealed Cathay Pacific’s share price hit a 10-year low as China’s civil aviation regulator issued a major safety risk warning to the airlines and suspended its staff from taking part in the rallies. Its CEO Rupert Hogg announced his resignation amid the turbulence. However, shortly after Hogg’s resignation, Reuters reported the airline’s shares rose as much as 2.3%, their highest since two weeks, but it later fell by nearly the same number.

Meanwhile, Augustus Tang, a former Cathay executive, has been given the reins to take over Hogg’s role and has pledged to focus on the safety and security of its customers and the aim of completing a three-year financial turnaround plan.

This article is an excerpt from UNRESERVED’s October 2019 issue from the article BLUE SKIES COMING?

Related: These Are the Best Airlines for Food, Sleep, and Pets 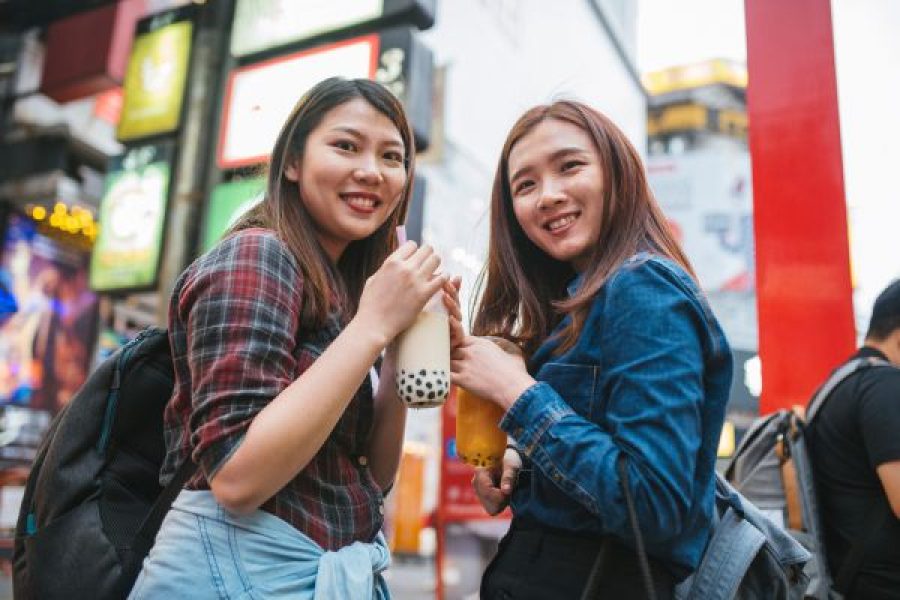