When skiing in the dark, you have to be made of the white stuff. Andrew Leci gets piste off with daytime skiing.
Andrew Leci
Wednesday 17 June 2020 It looks serene, but skiing down it in the dark is another matter entirely. Photo: iStock

It’s ironic, I suppose, that I once wrote an article about dangerous pastimes and the adrenaline junkies who participate in them. I may have been somewhat disparaging about the thrill seekers who don’t appear to be sufficiently enthused about their allotted time on this planet, and are constantly looking for ways in which to curtail it.

While I will stick to my guns to a certain extent, and continue to speak ill of the dead, I have a confession to make. I too have done unnecessarily dangerous things in my life in the name of sport, although nothing quite as harebrained or risky as BASE jumping or kangaroo boxing – the devilish marsupials pack quite a punch, I am led to believe.

But I have played cricket on ice – much less genteel than it sounds – and I have skied down a mountain in the dark. The fact that I am writing about it means that I lived to tell the tale, but neither were without their moments of danger, and in the case of the latter, blind (almost literally), unmitigated panic.

Lots of people ski down mountains at night, but they usually take torches with them, or only make the trip when the moon agrees to reflect a little light or, at the least, is at its perigee. On the occasion when five like-minded souls and I decided to slalom for fun at night, the moon was as shy as a debutante with acne and as difficult to locate as Jho Low. How To Have a Dram While Aiding COVID-19 Relief

We had no torches. Not even a lighter. The only things guiding us on the perilous descent were an individual who claimed he knew where he was going, and gravity.

Everything was reasonably well planned, and spirits were high as we took the last cable car up to a refuge and restaurant above Zermatt in Switzerland – the winter playground for the rich and even richer, but which does provide barely affordable accommodation and victuals for the aspirational with credit cards. We planned to dine at the restaurant before merging with the murk – it would have been rude not to – and take on the requisite amount of Dutch courage; just enough to take the edge off the prospect of impending doom, but not so much as to turn limbs into uncontrollable extensions of the body. You needed to be in control and in the moment, but only just.

Dinner was a quiet affair. There was trepidation, nervousness, and a genuine sense that this may not have been such a good idea.

However, seeing as we had taken the last cable car of the day from the town and there was no other way down until morning, after our fondness for fondue was sated and the wine bottles clattered away by a deeply suspicious looking server, we kitted up and prepared ourselves for the descent into darkness, mindful enough, we hoped, of the rocks, crevasses and sheer drops that awaited. As we took our first tentative steps, the moon threatened to break through some annoying clouds, but it was an idle threat.

And ‘steps’ they were, as no one even attempted to ski for the first few minutes, hoping, perhaps, that eyes would adjust to the inky blackness and at least give us a sense as to what was up and what was down, as well as what was soft and what was not. Fortunately, the Matterhorn itself was always in sight, for reference, looking slightly admonitory.

Climbers tend to anthropomorphise the mountains they embark on, investing them with characteristics and personality traits to reflect the challenges that need to be met and overcome. The vibe I was getting from this particular piece of rock was a combination of studied indifference and demonic amusement. It had seen stuff, and been around for a while.

What’s difficult about skiing in the dark, and being as blind as a bat without sonar to fall back on, is that it’s almost impossible to see undulations. Ski runs are full of them, but when you can’t see what’s immediately in front of you (never mind the horizon), your knees can quickly make the acquaintance of your chin without warning or time for adjustment.

This is disconcerting. When you feel, if even for an instant, that your skis are no longer in contact with snow, it’s difficult to avoid a moment of blind (appropriate) panic.

I’ll be honest. We didn’t exactly hurtle. That would have been as stupid as the whole exercise in the first place. But as the wine from dinner (chased down by the contents of more hip flasks than there were skiers – it’s good to know that some people planned ahead) mingled with adrenaline, we began to ski faster, and enjoyed ourselves more.

Piste markers – designed to keep skiers on track and not meander off into abysses – were rarely visible, and chances are that by the time they were, it would have been too late. But our progress remained steady, and the skiers stayed close – some of us to this day.

There was, however, a major obstacle that had to be negotiated – a narrow tunnel, hewn from solid rock, and just about wide enough and high enough for a single skier to pass through. The problem was, it required speed to enter and leave, without having to stop and ‘walk’.

This had to be done alone. The convoy we had previously created in which you could at least hear the idiot in front of you, was temporarily disbanded. This was a leap of faith. You had to wait for the lead skier to go off in the general direction of the tunnel mouth, and hope that the entrance could be seen before it was too late to change direction.

There was little or no light at the end of this particular tunnel, but accepting the fact that ‘form’ wasn’t important, and that if ski poles were hitting rock it meant that you probably weren’t, just keeping going was the key, hoping against hope that the slightly lighter colour gradation ahead was the exit and not a part of the tunnel’s interior design. It’s sad but not tragic to report that skiers four and five collided mid-tunnel. No one was seriously hurt – the hip flasks were pretty much empty at this point – but neither of them was best pleased. Everyone else considered it hilarious.

The rest of the journey was without incident, notwithstanding a bewildering, almost transcendental quiet when we stopped for breaks. The comforting lights of Zermatt grew ever nearer, ever brighter, and we realised that we would all live to ski another day.

Would I do it again? Definitely not. That’s what bucket lists are for. Would I recommend it to others? That would depend on who they are, what they want out of life, and how reckless they’re feeling after consuming lots of cheese.

Addendum: Skiing at night, without guides and/or guiding lights, on designated slopes that have officially been closed for the day, is illegal in Switzerland. If, therefore, anyone from the Swiss authorities or the Zermatt Tourist Board is reading this, it didn’t happen. And anyway, what’s the statute of limitations in Switzerland? We know it’s approximately 15 minutes for miscreant bankers.

World's 50 Best Restaurants Chooses Asia for the First Time
By
How are People from Around the World Coping With COVID-19?
By Sandeep Dhanoa 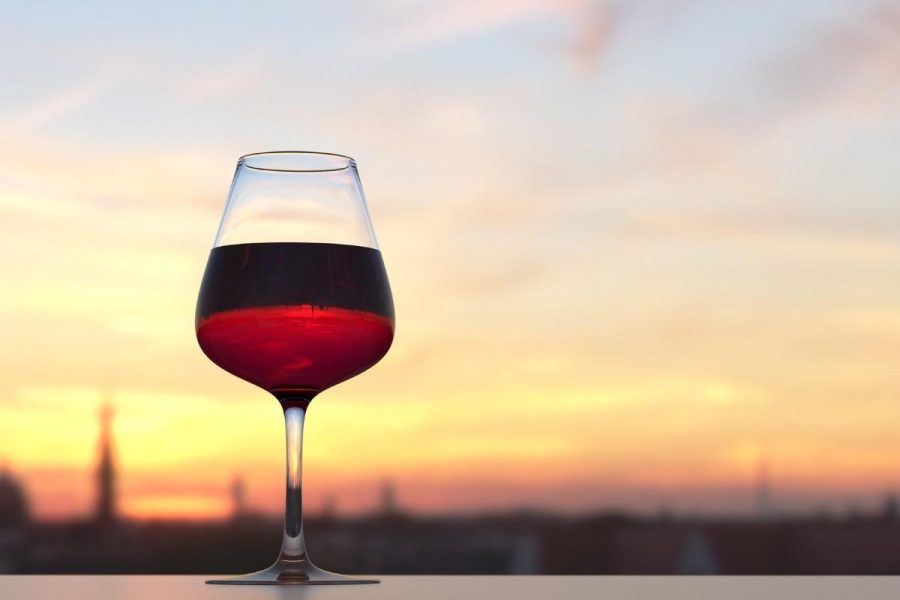