These Journalists Were Sent to Jail for Reporting a Rohingya Massacre

Kyaw Soe Oo and Wa Lone have been sentenced to seven years imprisonment for reporting on a Rohingya massacre.
Tuesday 4 September 2018 Myanmar journalist Kyaw Soe Oo is escorted by police after being sentenced by a court to jail in Yangon on September 3. Photo: Ye Aung Thu/AFP

A Myanmar court sentenced two Reuters journalists to seven years in prison for breaking the Official Secrets Act while investigating a massacre of Rohingya Muslims.

Wa Lone, 32, and Kyaw Soe Oo, 28, were originally detained in December 2017 after working on an investigation for Reuters on the mass killing of a number of Rohingya villagers in Myanmar’s Rakhine state.

The violence was part of a conflict which the United Nations has described as a form of “ethnic cleansing,” with military operations forcing more than 700,000 Rohingya, a minority Muslim group, to flee Myanmar to Bangladesh.

The two journalists were charged with breaching the colonial era act, which carries a maximum penalty of 14 years in prison, in July. The two men, both Myanmar nationals, pleaded not guilty.

Kyaw maintained the pair’s innocence after the verdict was announced at the Yangon court, adding that they were unsurprised by the verdict. “We didn’t do anything wrong,” he said. “We’re not exactly shocked by the verdict.”

Reuters stands by the reporters and the investigation, which included photographic evidence of the massacre, editor-in-chief Stephen Adler said. The men were detained before the story published in February, suggesting that the government arrested them in an attempt to confiscate the photos and prevent the report from publishing, Adler said.

“They were just doing their jobs. They were operating with integrity, with freedom from bias,” Adler told CNN.

Myanmar government spokesman Zaw Htay did not respond to CNN’s request for comment about the verdict.

‘This is a major step backward in Myanmar’s transition to democracy’ – @Reuters‘ Stephen J. Adler after two reporters are jailed for seven years https://t.co/iqimmVI992 via @ReutersTV pic.twitter.com/0KMJRJ1qhb

Suspicions of a setup
The verdict was due last Monday, but the judge delayed it, saying he was too ill to attend court that day. After the verdict, a small crowd of supporters momentarily blocked policemen from pushing the reporters into a vehicle to take them back to jail.

“This is disappointing … to democracy, rule of law and press freedom,” said Than Zaw Aung, a lawyer for the reporters.

Both journalists testified that two police officers, whom they had not met before, gave them papers relating to their investigation during a meeting in a Yangon restaurant. Shortly after, they were arrested by plainclothes officers. In April, a Myanmar police officer, Moe Yan Naing, testified that he had witnessed a plot by senior police to frame the two journalists by planting secret documents on them.

“They were set up. The documents that were placed on them were placed there so they would be arrested,” Adler said. Yet, as the case continued, it became increasingly clear that there was no evidence to support the charges, “but the evidence was absolutely clear that they were innocent,” he said.

‘They did nothing but support the truth’
The case has been viewed as a litmus test of press freedom and democratic rights in the Southeast Asian country. Monday’s verdict prompted immediate international censure and increased criticism of Myanmar’s de facto leader, Aung San Suu Kyi, who has also faced a loss in support for her handling of the Rohingya issue.

Suu Kyi was feted around the world for helping transition the country from military junta to semi-democracy, but now the legacy of the Nobel laureate is in doubt.

“Her government has already done extraordinary damage to press freedom in Myanmar, in service of a cover-up of crimes against humanity,” tweeted Aaron Connelly, director of the Southeast Asia Project at the Lowy Institute, an Australian think-tank.

Activists and commentators called on Suu Kyi’s government to issue a pardon for the imprisoned journalists.

UN High Commissioner for Human Rights Michelle Bachelet demanded that the sentence be “quashed and for them to be released, along with all other journalists currently in detention for their legitimate exercise of the right to freedom of expression.”

Human Rights Watch Deputy Asia Director Phil Robertson also condemned the decision as a display of the government’s fear of the kind of “critical commentary customarily found in a real democracy.”

The governments of France, Germany and Britain issued firm statements deriding the verdict.

“They did nothing but support the truth in Rakhine,” the German Foreign Ministry said. “Their arrest and harsh punishment help to intimidate other critical and independent journalists in Myanmar.”

The US ambassador to the United Nations called for their “immediate and unconditional release.”

“The conviction of two journalists for doing their job is another terrible stain on the Burmese government,” Nikki Haley said. “It is clear to all that the Burmese military has committed vast atrocities. In a free country, it is the duty of a responsible press to keep people informed and hold leaders accountable.”

READ: Angelina Jolie: “No One Dreams of Being a Refugee; They Dream of Living Up to Their Potential”

Mass exodus
Last August, hundreds of thousands of Rohingya Muslims started fleeing across the Myanmar border into Bangladesh, into what has since become the world’s biggest refugee camp. Many of those who crossed the border have recounted horrific stories of being driven from their homes under threat of death.

Last month, an independent United Nations investigation into alleged human rights abuses carried out against the Rohingya called for the country’s military leaders to be investigated and prosecuted for genocide, crimes against humanity and war crimes.

The damning report contains allegations of murder, imprisonment and sexual violence against the Rohingyas, carried out by the Myanmar military. The report alleges the military attacks were carried out under the guise of a crackdown on terrorists, and against a backdrop of impunity that effectively placed military leaders above the law.

Myanmar’s military has repeatedly denied that it has deliberately attacked unarmed Rohingya. Instead, authorities insist that it only targets Rohingya militants, mostly from the Arakan Rohingya Salvation Army insurgent group that are alleged to have launched deadly attacks on police posts.

In the past, the United Nations has called the alleged campaign of violence — including mass killings, rape and the burning of Rohingya villages by Myanmar government forces — a “textbook example of ethnic cleansing,” while UN Special Rapporteur Yanghee Lee has said that the attacks bear the “hallmarks of genocide.”

Fearless journalism
Both reporters have been in custody for almost nine months. Kyaw Soe Oo has a three-year-old daughter, while Wa Lone has yet to see his newborn daughter who was born just three weeks ago. Following the announcement of the verdict, Kyaw Soe Oo’s wife, Chit Su Win, burst into tears, according to a Reuters report.

This is Thet Htar Angel.

Her father, Wa Lone, was jailed for 7 years yesterday in Myanmar for helping to expose a massacre of 10 Rohingya men that the army has since admitted took place.

This is Chit Su Win (R) and Mar Mar Latt, wife and daughter of Kyaw Soe Oo. He was also jailed yesterday for helping to expose a Myanmar military atrocity. pic.twitter.com/FfnEgvVgjW

Even after their arrests in 2017, Adler said the pair “strongly encouraged us to continue reporting.”

The Reuters investigation featuring their bylines documented the slayings of 10 Rohingya men reportedly carried out by Buddhist villagers and Myanmar troops. Reuters described the groundbreaking report as the first time that soldiers and paramilitary police had been implicated in testimony from security personnel.

The report used photographs, reporting and interviews conducted in Myanmar and Bangladesh to reconstruct the final moments of the dead men, who were fishermen, shopkeepers, teenage students and a religious teacher.

The Myanmar military has since admitted its forces had a role in the killings, and jailed seven soldiers.

Following last month’s UN report, Facebook banned 20 organisations and individuals in Myanmar, including a senior military commander, from using its service and acknowledged that it was “too slow” to prevent the spread of “hate and misinformation” in the country.

Reuters is evaluating legal options for the reporters, including whether to seek relief in an international forum, Adler said. “We’re going to fight very, very hard for their freedom. We don’t think they should be in prison one additional day. They’ve already been in prison for nine months for something they didn’t do.”

Related: The Rohingyas Have a ‘Lost Generation’ of Orphans. How Did They End Up Like This? Trump Won't Back Down, Biden Tries To Tackle COVID-19
By Sherelyn Goh
What Are the Traditions for a British Royal Birth?
By Lainey Loh 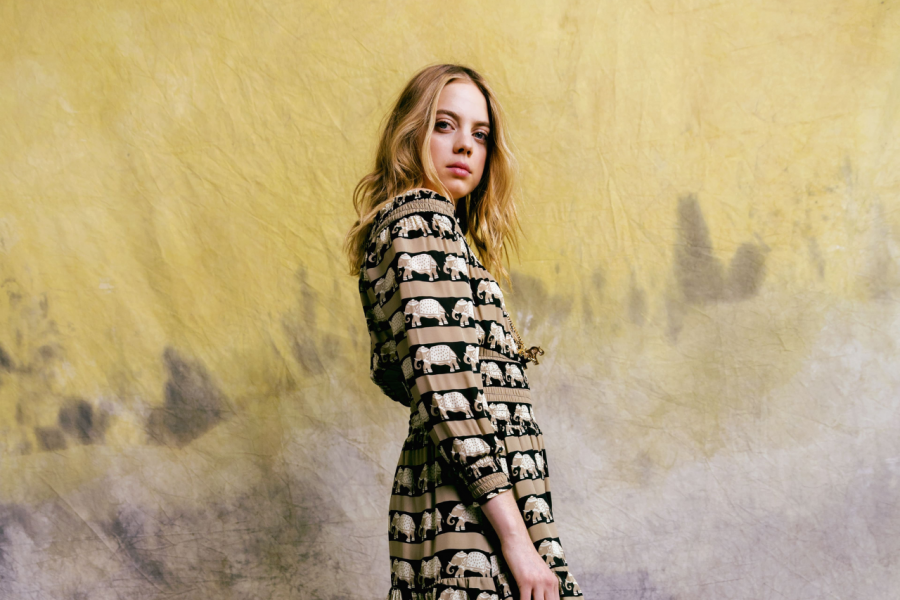