Journey Through Space and Time with OMEGA 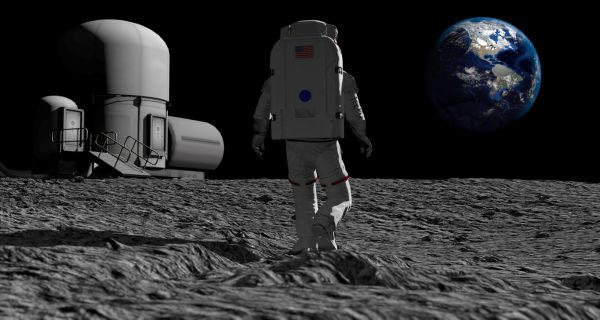 One small step for man, one giant leap for mankind.

“In those few historic hours, mankind stepped emphatically onto the moon and the world stood united together. OMEGA was there.”

On 21 July 1969, 500 million people tuned their televisions in to watch as the Apollo 11 spaceflight landed humans on the moon. On the ambitious mission was commander Neil Armstrong, command module pilot Michael Collins, and lunar module pilot Buzz Aldrin. Awestruck audiences around the world watched as Armstrong stood on the moon for the first time and in that fateful moment, he said, “That’s one small step for man, one giant leap for mankind.”

It was a giant leap for Swiss luxury watchmaker OMEGA as well, for it was the first watch on the moon. It is without a doubt that technologies and techniques were required for the Apollo 11 space rendezvous, from the command module to astronaut training, to ground support and of course, an extraordinary timepiece. Every piece of this “puzzle” had to perform flawlessly and beautifully for the mission to be a success – and that it did, including the trusty OMEGA Speedmaster.

NASA program manager and aerospace engineer James Ragan tested five watches that would eventually go to the moon. OMEGA’s Speedmaster, a mechanical watch, ultimately stood out from the crowd after surviving gruelling tests for endurance in harsh environments. Aside from telling time, the Speedmaster has a chronometer, which basically means it can also work as a stopwatch, and a tachymeter, which measures speed. Armstrong was wearing a NASA-issued OMEGA Speedmaster ST 145.022. when he stepped onto the moon. As was Aldrin, who wore his OMEGA Speedmaster Professional on the lunar surface.

This year, OMEGA is commemorating 50 glorious years of the iconic wristwatch with a celebratory exhibition that is befitting the moonlanding legacy left behind by Armstrong and Aldrin. Held at the sprawling Pavilion Kuala Lumpur mall in the heart of the Malaysian metropolis, the 50th Anniversary Moonlanding Exhibition will take you on a journey through time while highlighting the unique space heritage in OMEGA’s watchmaking.

Here, you will be given the opportunity to get up close and personal with two life-sized golden astronaut displays which flank the exhibition’s main entrance. As you explore the exhibition area, be sure to pop into the golden-mirrored cube where a compelling moonlanding storytelling awaits, complete with the soundtrack of the actual NASA-communications, engine noise, and space hum. Not forgetting, the Infinity Room just a couple of steps away should not be missed. Kitted out with starry glitter and a wall of LED lights, the Infinity Room is simply yearning to be Instagrammed.

Last but not least, feast your eyes on the collection of OMEGA watches on display including the Omega Speedmaster Apollo 11 50th Anniversary Limited Edition, of which there are only 6,969 pieces, each individually numbered. Steal a glimpse of the stunning 18K Moonshine gold throughout the design, a new material which offers high resistance to fading over time. Of course, not to be overlooked is its beautiful caseback, featuring an image of an astronaut’s footprint, which has been laser-engraved onto a black-coated plate with a moon-surface texture. Make it your personal mission to fawn over this breathtaking masterpiece and be one of the rare few people in the world to see it in real life.

#Moonwatch Suit up for adventures on Earth with our Apollo 11 tribute in Moonshine™ Gold.

OMEGA’s 50th Anniversary Moonlanding Exhibition is on show at Pavilion Kuala Lumpur from 5 August till 11 August 2019.

This article was produced in collaboration with OMEGA. Getting More Out of Your Property
By UNRESERVED