More than a purse

Spade was found hanged by a scarf she allegedly tied to a doorknob, an NYPD source said.

Her death prompted an outpouring of grief among fans and her company’s customers, including Chelsea Clinton and Ivanka Trump.

My grandmother gave me my first Kate Spade bag when I was in college. I still have it. Holding Kate’s family, friends and loved ones in my heart.

Kate Spade’s tragic passing is a painful reminder that we never truly know another’s pain or the burden they carry. If you are struggling with depression and contemplating suicide, please, please seek help. https://t.co/eruSexNoGj


“Everyone remembers their first Kate Spade,” CNN White House reporter and former fashion editor Kate Bennett said. “(The brand) became one of those accessible but quirky fun, timeless labels that everyone had to have, and her rise was synonymous with her name.”

The Council of Fashion Designers of America, which held a star-studded awards ceremony Monday night, posted a statement from Diane von Furstenberg and Steven Kolb saying they were devastated to hear of Spade’s death.

“She was a great talent who had an immeasurable impact on American fashion and the way the world viewed American accessories,” the statement said.

Before making the jump to designing, she was a senior fashion editor at the fashion magazine Mademoiselle.

Last year, Spade and her husband spoke with NPR’s “How I Built This” about how they developed the company into a major lifestyle brand.

“So, Andy and I were out, honestly, at a Mexican restaurant,” Kate Spade said, “and he just said, what about handbags? And I said, honey, you just don’t start a handbag company. And he said, why not? How hard can it be? (Laughter) I thought, OK, really? He regrets those words.”

Joe Zee, a fashion journalist who had worked with Spade, recalled her telling him of the vision to start the handbag line.

“This wasn’t something women did or just anyone really did back then in the early ’90s,” he told CNN. “And to quit a coveted magazine editor’s job to really be able to do that … it was so visionary and so ahead of its time.”

“She always had such a great ray of light about her. She was so jovial,” Zee said.

Spade’s apparent suicide comes as suicide rates in the United States increased from 1999 to 2014 for everyone between the ages of 10 and 74, according to a 2016 study from the Centers for Disease Control and Prevention. For white women, the suicide rate increased by 60% during that period, the study found.

In Hollywood, celebrities have responded with great sadness at the news of her passing.

What a devastating morning to hear that one of our most beloved American designers has passed. Seven years ago, I was asked to be the first celebrity ‘face’ of their brand. I still look back on that experience as a dream coming true. It may surprise some of you to know that I never actually met Kate Spade, but for as long as I can remember her fashion has influenced and inspired me. From quirky prints to ladylike cuts and everything in between, she designed with playful sophistication for every woman and girl. She made fashion fun and empowering and full of personality. What some of you may not know is that Kate Spade and her company (@katespadeny) were also dedicated to giving back, especially to women. The Kate Spade & Company Foundation provides approximately 1.2 million a year to nonprofit organizations who help provide women with access to tools and training to achieve economic independence. I hope that both her and her company’s work to bring fashion and women’s economic success to everyone continues as her legacy unfolds. My love is with her family and friends at this very sad time. If you or someone you know is feeling distressed, contact the National Suicide Prevention Lifeline at 1 800-273-TALK (8255) or follow the link in my bio.

I am heartbroken about the news of Kate Spade. I have worn her clothes many, many times. They were colorful, bold, cheerful, and encouraged women to find the twinkly person inside them. You couldn’t walk into her boutiques and not smile. Rest In Peace, Kate.

I decided to wear head-to-toe Kate Spade to an event tonight to honor her contributions to fashion and women in business. I always admired that she was self-made and was so sad to hear the news of her passing. Rest easy, Kate..and thank you for making so many women feel wonderful pic.twitter.com/fuRCrv8Ozx

Depression does not discriminate and comes without warning. RIP Kate Spade. Love to her family.

Kate Spade was more than a designer. She had a quirky visual language that captivated Bat Mitzvah girls and artists alike. She was also a staple of NYC who spread good will. My heart breaks for her family. Thank you, Kate, from one of the millions you made feel beautiful. Art Exhibitions in Asia to Visit this October
By Ezza Zainal What’s In My Bag: Francisca Turner Shaik
By Zoe Ibrahim 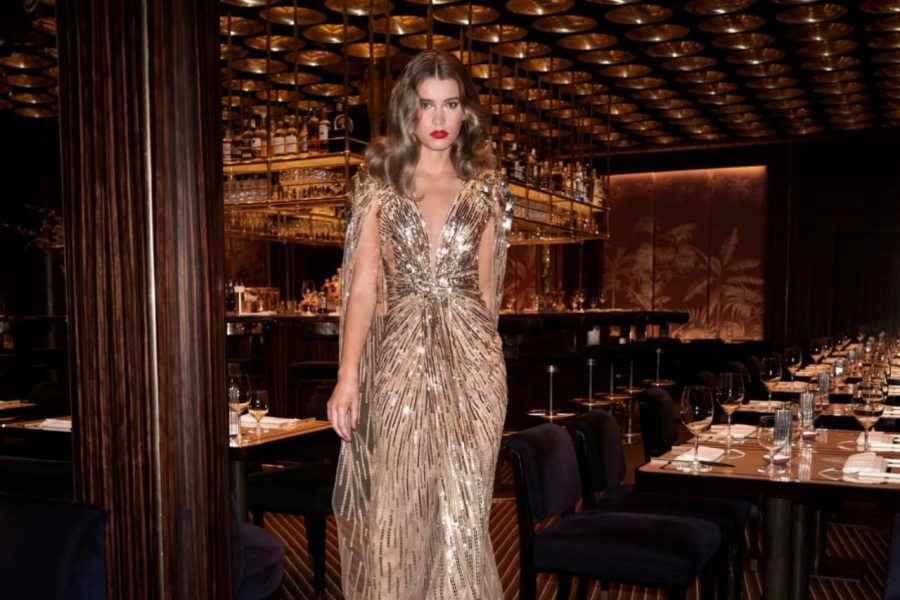 License to Thrill: Why Kate Middleton Wore that Gold Dress to the Bond Premiere and How You can Channel a Bond Girl
By Ezza Zainal