Our Man in Batu Kawan

“In this struggle to seek the truth, I’ve lost almost everything,” says Datuk Seri Khairuddin Abu Hassan, the man who sparked the investigation to 1MDB.
Kassandra Kassim
Tuesday 18 September 2018 The extraordinary tale of a man who went up a rumour and came down a scandal. Photo: Kim Mun/Unreserved

“Being in a minority, even in a minority of one, did not make you mad. There was truth and there was untruth, and if you clung to the truth even against the whole world, you were not mad.” – 1984, George Orwell

Datuk Seri Khairuddin was never afraid of clinging on to the truth. Many know him as the former vice-chairman of the Batu Kawan UMNO division. To set the context for this story, UNRESERVED spoke to UMNO’s Datuk Seri Azim Zabidi, Deputy Chief of the Bukit Bintang Division. It seems little known that Khairuddin began his political career as an ordinary member at the Medan Imbi division which sits under the Bukit Bintang UMNO branch. Azim goes on to say that, in fact, Khairuddin began blowing the whistle back then, when he shot to prominence in 1998… over another prominent politician, Datuk Seri Anwar Ibrahim. Apparently, it was Khairuddin who first informed Mahathir that Anwar was “batting for the other side”, a couple of years before Anwar was arrested.

Azim says, “At the upper echelons of the party, we were shocked and we wondered, “Who is this guy?” Azim himself, as head of Youth for UMNO in Bukit Bintang was tasked with speaking to Khairuddin, as the party felt that their position could be compromised by these rumours, not least because Anwar was Deputy Prime Minister at the time.

Azim says of that conversation, “He was very certain of the truth and validity of what he was saying… I reported back to the party that nothing could be done… but not long after that, he left Bukit Bintang. We all heaved a sigh of relief, and he resurfaced in Batu Kawan (Penang) a few years later.”

Mahathir did not take the allegations seriously at the time, and promptly dismissed it… until a couple of years later. But that as they say, is another story.

Khairuddin himself is soft-spoken, and he dutifully turned up on time in a grey suit and white shirt as requested and kept the atmosphere light, even joking with our camera crew. Though blogs have described him as “a man on a mission to destroy Najib”, one of the first things he says to me is, “I actually feel very sorry for Najib. He was my party leader. I hope Rosmah prays very hard for him. This is not easy what they are going through.”

But yet for the past couple of years, he was a small army of one, digging away gathering evidence which he later used to lodge reports in Malaysia in 2014, as well as in Switzerland with the Attorney General, and police reports in the United Kingdom, France, Singapore and Hong Kong against various entities including state investment fund 1MDB, Low Taek Jho (better known as Jho Low) and PetroSaudi.

He has met with all the key players from Xavier Justo to Pascal Najadi in what he calls a ‘very fruitful’ meeting. Then of course, there is the FBI. He says, “We had evidence of money trails that monies were stolen through several international banks…. That was my strategy to pre-empt outside (ex-Malaysia) authorities. I had lodged several reports with Bank Negara, the Malaysian Police and MACC but nothing was moving at all.”

He claims that based on his report, the FBI took action as they had no open reports before then. He states, “Thank god Singapore, Switzerland and the FBI managed to obtain several concrete findings on 1MDB.” But before he went to everybody else in Malaysia and indeed the world, Khairuddin went first to his party leader Najib, with his findings.

In December 2014, Khairuddin, the then vice-chairman of the Batu Kawan UMNO branch, went to see his party leader, Prime Minister Najib Abdul Razak, with evidence of what he felt was serious embezzlement of the sovereign fund 1MDB at the hands of Jho Low, upstart best friend to Najib’s stepson, Riza Aziz. Prompted by persistent rumours of mishandling of the fund, along with media coverage of Jho Low living large with Paris Hilton showing off his wealth in vulgar fashion, Khairuddin began his own investigation in 2013.

“Doublethink means the power of holding two contradictory beliefs in one’s mind simultaneously, and accepting both of them.” – 1984, George Orwell

Khairuddin says, “In fact, in December, I went to see Najib and Rosmah. I visited them at their residence in Kuala Lumpur, I still remember about two or three days before, he was flying to Hawaii to play golf with Obama… I told Najib, ‘You are my party president, I am your party member. I am the grass roots leader of UMNO. I am not fighting against you, I am fighting against Jho Low’, because at that time I had all kinds of evidence that Jho Low was cheating Najib.”

When the term ‘fund manager’ is mentioned, the glamorous archetype is best represented in the handsome form of Arpad Busson, once described as the “French-born child of European financial aristocracy”. In contrast to that slick groomed image, Jho Low’s appearance seemed more chubby overgrown schoolboy than major player extraordinaire – but whose pedigree on paper seemed immaculate (Harrow/Wharton).

At this point, rumours were further fuelled by a reported investment in the 2013 film The Wolf of Wall Street starring Leonardo DiCaprio, Jho Low’s decadent flaunting of his new-found wealth from partying on yachts with Paris Hilton to doling out donations at glitzy celebrity events with Alicia Keys.

His exclusive interview with Malaysian daily The Star in 2010 (which has since been taken off their website) seemed designed to create an image of playful decadence and partying with the jet set. Whilst he downplays his role amongst the rich as a mere ‘concierge’ who just organises all the parties, he also couldn’t help but brag about the rich friends he had at school.

The overly-bling behaviour and his misfired deployment of fireworks and parachutists for his marriage proposal to a Taiwanese actress – only to be turned down – served to underline that the man entrusted with handling a sovereign fund was a complete joke.

The management of the triple tragedies of flights MH370, MH17 and AirAsia 8501 made the Malaysian public even more critical of the government, while doubts and frustrations regarding the Najib administration begin to snowball in a flurry of WhatsApp conspiracy theories.

On a more personal front, the embattled ex-Prime Minister stood by, while his own wife responded to questions on her extravagant spending with a response on her biography First Lady that she bought her designer clothes and jewellery with her own money, and asked, “What is wrong with that?” She also claimed that she made a lot of money from a vocal album she made, which, whilst not launched to the public, was bought by government ministers. Her husband also released a statement that claimed his wealth was due to ‘family legacy assets’. Much like Marie Antoinette during the 1789 French Revolution who famously said, “Then let them eat cake,” they were seemingly oblivious to the ire of the nation.

This prompted Najib’s brothers to come out with a statement (without referencing anyone in particular), “We wish to put on record that Tun Abdul Razak was a highly principled man, well-known to all who knew him for his frugality and utmost integrity and any statement or inference to the contrary would be totally false and misleading to his memory and to his service and sacrifices for the nation. We take issue with anyone who taints his memory, whatever the motive. We would also like to add that our whole family is united on this issue.”

With this in the background, Khairuddin pressed the then Prime Minister, even though it catalysed a series of events that jack-hammered his political career in the party to the ground. He says that at the time he confronted the Prime Minister with the evidence, Najib had not accepted anything. Khairuddin recalls, “Sorry to say, he refused to believe or maybe, he has conformed or had already conspired with Jho Low, I wasn’t sure at that point of time. But he refused to believe me, you know I asked Najib, ‘When I am fighting a good cause to protect government’s funds and the public’s money from being embezzled, why are you guys, especially UMNO, attacking me at that point of time?’ You know, I have noble intentions to save the government’s funds from being embezzled.”

READ: Meet the Man Who Took on a Prime Minister

Was Najib in doublethink mode here? Whilst there was evidence of Jho Low’s duplicity before him, did he simply refuse to accept it? Amongst corporate circles, many believe that Najib didn’t and couldn’t accept that perhaps he was conned so dramatically. To quote one Datuk who declines to be named, “Everyone knows that the PM has high EQ, he is very nice, but his IQ not so high. He was conned by Jho Low and couldn’t accept that he was that stupid.”

As Arpad Busson says about one of the greatest fraudsters of all time, Bernie Madoff, “Catching a fraud is practically impossible. There’s only so much due diligence you can do. This was not an obscure little manager in the boondocks. He seemed like a very experienced, knowledgeable, trustworthy man – like the best con artists always are.” Could the same be applied to Jho Low, who at the time of writing is still on the lam, reportedly in China? 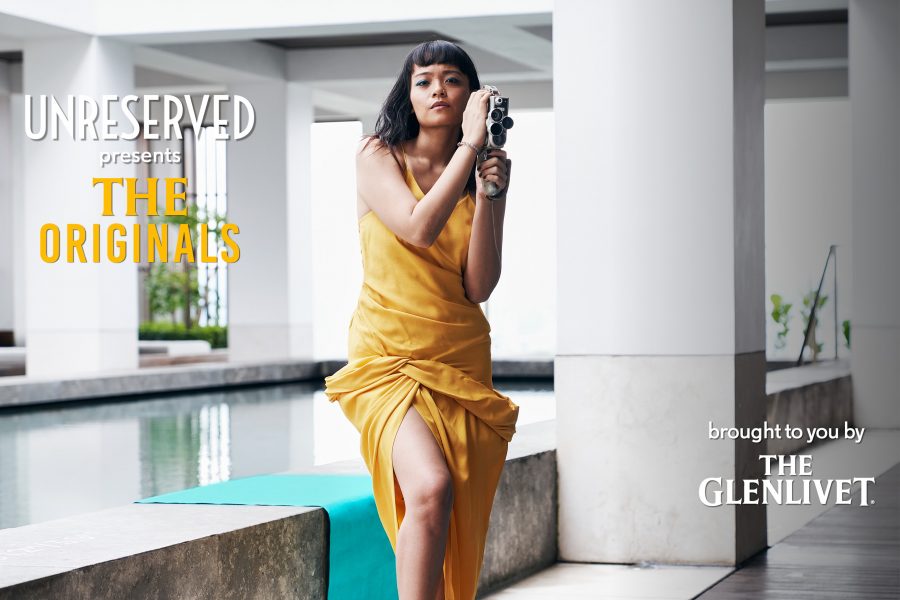 Being Unapologetically Nadira
By Ezza Zainal 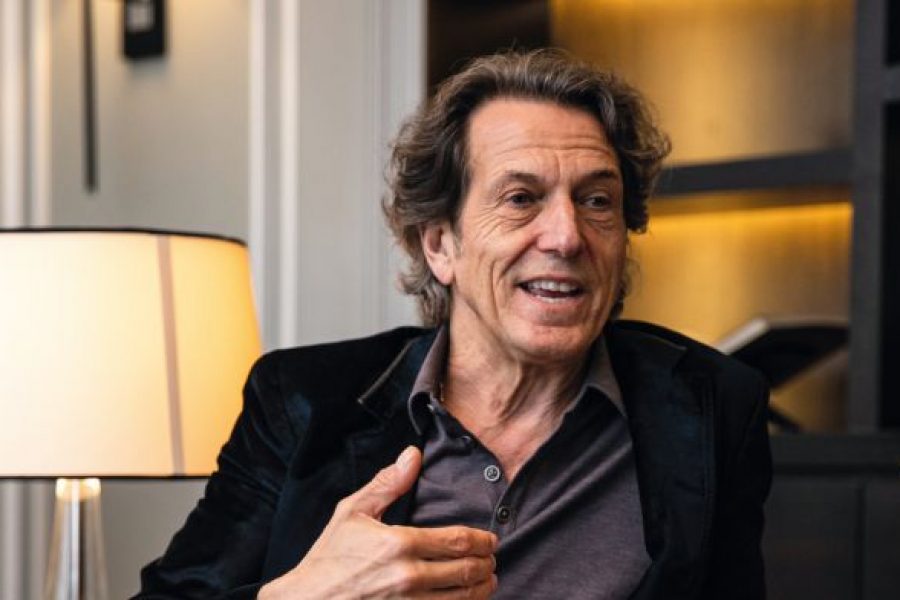