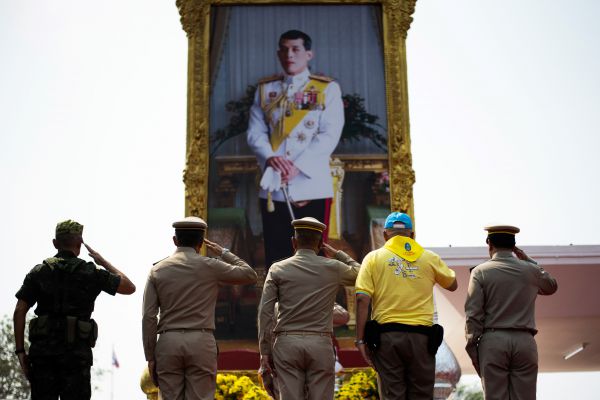 The events have put a focus on the absolute power of the Thai monarchy. Photo: AFP

Thailand’s king has fired six senior palace officials for their “evil actions”, the palace announced Wednesday, days after the monarch stripped his consort of all her titles for “disloyalty”. In a week of palace intrigue which has gripped the Thai public, King Maha Vajiralongkorn has stripped his consort, 34-year-old former royal bodyguard Sineenat Wongvajirapakdi, of her noble title and military ranks.

Her public fall from grace comes just three months after he bestowed on her the title, the first in nearly a century by a Thai monarch. Nicknamed “Koi”, Sineenat was condemned Monday in a royal command aired on national television for “acting against the appointment of the queen”.

On Wednesday six high-ranking palace officials were fired, including “a nurse at the bedroom guard service” and a veterinarian, according to two separate announcements released by palace mouthpiece the Royal Gazette. “They have severely breached disciplinary conduct for their evil actions by exploiting their official positions for their own or other people’s gain,” said the gazette.

Thailand’s royal family is protected by a draconian defamation law that makes scrutiny of it, or debate over its role, almost impossible inside the kingdom. The public is often able to glean clues to the inner workings of the palace through its use of symbolic imagery and the fates of royal aides.

Sineenat, who has not been seen in public since Monday, has been trending on Thai social media with the hashtag #SaveKoi. Vajiralongkorn ascended the throne in 2016 following the death of his beloved father, who was regarded by Thais as a figure of moral authority.