Malaysian Former Spy Chief Arrested, But Not for Letter to CIA

She is expected to be remanded later today.
June See
Wednesday 1 August 2018 The addressee: Gina Haspel, new Director of the CIA at her swearing-in ceremony in May 2018. Photo: Saul Loeb/AFP

Datuk Hasanah Abdul Hamid is back in the news again, and this time, she may be in trouble.

But not because of that letter she wrote to CIA Director Gina Haspel, but because they want her “help” with the case of misappropriation of election funds.

It was confirmed by Malaysian Anti Corruption Commission deputy chief commissioner of operations, Datuk Seri Azam Baki, that she was arrested at the MACC headquarters in Putrajaya Tuesday evening, though he did not share any further details on the arrest.

James Bond this is not. In a scandal that has lit our espionage world on fire (did you know Malaysia had one?), former head of Malaysian External Intelligence Organisation (MEIO) Datuk Hasanah Abdul Hamid has found herself in hot water following a letter she sent to the CIA five days before #GE14.

In a report by The Star, Hasanah’s lawyer, Datuk Shaharudiin Ali has confirmed the letter is genuine.

In the letter, Hasanah appealed to the CIA to support the administration of former Prime Minister Datuk Seri Najib Tun Razak if Barisan Nasional won the election with a simple majority or with a majority of only one seat.

Here’s the letter in full:

Dear Gina, hope you are well,

2. Foremost, on behalf of the Malaysian External Intelligence Organization (MEIO), I would like to congratulate Your Excellency on your recent appointment as the Director (Designate) of the Central Intelligence Agency (CIA).

3. I also would like to take this opportunity to briefly inform Your Excellency on the upcoming general election in Malaysia on 9 May 2018. Indeed, as Your Excellency is well aware it could turn out to be the most tightly contested general election in Malaysia’s history. Opposition parties, with the exception of the PAS party, have come together into a fragile coalition, Pakatan Harapan, and chose the 93 year old former Prime Minister, Mahathir Mohammad, to lead them into the general election. Mahathir in the past, has been anti-West, anti-semite, autocratic, silenced dissent through force, and totally disregarded human rights and the rule of law. It was during his tenure that the internal Security Act (ISA) was heavily abused for his own political agenda and allowed him to rule Malaysia more than two decades.

4. The four parties that make up Pakatan Harapan, namely Parti Keadilan Rakyat, Democratic Action Party, Parti Amanah Negara and Parti Pribumi Bersatu Malaysia, have not presented concrete and viable proposals in their manifesto regarding Malaysia’s foreign policies which could undermine bilateral relations between both our two countries as well as destabilizing further the security situation in Southeast Asia. Furthermore the manifesto does not reflect the ability to coalition to understand and manage the geostrategic threats facing the world, much less work with the US to address these challenges. This has created concerns among security agencies in Malaysia and the region.

5. On the other hand, the ruling Barisan National coalition, under the leadership of Prime Minister Najib, which had administered Malaysia over the last 9 years, has a proven track record of not only practicing sound and progressive foreign policies, but also greatly contributing to enhancing regional security through a very active involvement in promoting peace and stability in the region. Unlike Mahathir, Prime Minister Najib is known to be a strong US ally and would continue to support US presence in the region. Without Prime Minister Najib in charge of the country, the US stands to lose a reliable partner in Southeast Asia given that the Philippines has broken away from Washington, Singapore and Brunei being too small to make an impact and Thailand as well as Indonesia too immersed in their own domestic political problems. Meanwhile the Indo-China countries except for Vietnam are too inclined towards China.

6. As Your Excellency is aware, under Prime Minister Najib, Malaysia continues to be more actively involved to end the decades-long armed conflict in southern Philippines and southern Thailand. Recently, through ASEAN and the Organization of Islamic Cooperation (OIC), Malaysia had assumed a leading role in finding a solution to the Rohingya crisis, which could potentially become a new source of terrorism threat in the region. Prime Minister Najib has also established a fully equipped field hospital run by the Ministry of Defence in Cox’s Bazar, Bangladesh to cater for the needs of more than 700,000 Rohingya refugees.

7. In the efforts to counter the threat of terrorism, Malaysia is proud to be a partner of the US, where Washington had chosen Kuala Lumpur as the location of the US-sponsored Southeast Asia Regional Centre for Counter-Terrorism (SEARCCT) and Regional Digital Counter-Messaging Communications Centre (RDCCC). In addition, MEIO has been the chair of the AIC-CTC since it was launched by the Prime Minister Najib in December 2016, AIC-CTC together with five partners including your own esteemed service are closely cooperating in counter-terrorism efforts.

8. Since Prime MInister Najib took over the country’s leadership, Malaysia has been internationally recognized as a moderate and progressive Muslim country. The creation of Global Movement of moderates is the testament to his leadership to promote moderation, peaceful coexistence, respect mutual understanding, the celebration of rich dimension on diversity, and curb extremism globally.

9. With regard to the North Korea nuclear threat, Malaysia had always supported the UNSC resolutions and US maximum pressure approach on Pyongyang. These included the suspension of hiring North Korean workers, downgrading diplomatic ties, and enforcing trade and economic sanctions. Malaysia also welcomes the upcoming US-North Korea summit and is optimistic of a positive outcome that will greatly ease tensions in the Korean peninsula.

11. Your Excellency, Prime Minister Najib is expected to win the election adequately to form the next government and since 1959, Malaysia has been using the first-past-the post electoral system as practiced in the United Kingdom and not the proportional representation system. The outcome of the election would be decided by the number of seats won in parliament and not based on popular votes as advocated by the opposition PH. Similar to the outcome of the 2013 general election, PH has already declared victory but also claims that it will be stolen from them simply to undermine the democratic process of the country.

12. We trust Your Excellency would understand the political dynamics of the current election and desperate efforts of the opposition since 1999 to take over the government even through undemocratic means. This includes spreading negative narratives on the political and socio-economic policies especially through online news portals such as Malaysiakini and Sarawak Report. The anti-fake news law was passed recently to mitigate further undermining the country’s progress. Earlier they had established NGOs such as Berish Global to advocate an Arab Spring like uprising in Malaysia. In 2016, the opposition’s hopes to wrest control of the government seems a bit promising as Mahathir joined them. Ironically, the entire 20 years of opposition ‘reformasi’ movement by Anwar Ibrahim was all about opposing and challenging Mahathir’s tyranny.

13. Your Excellency must be well informed that Mahathir, essentially is not a reformer that could enhance the Malaysia’s national interest as he joined the opposition for his own self-interest. Meanwhile the opposition hopes to use his prowess in politics to defeat Prime Minister Najib’s party.

14. I hope Your Excellency’s esteemed service will be able to report to the Secretary of State, on the complexity of managing this election by Prime Minister Najib and the need to have US support for the present government even if we are to win the election by a simple majority of just one seat. Any indication that the US government would continue to support Prime Minister Najib and his government would definitely strengthen our stability and enhance the existing cordial relationship driven by strong rapport between our two leaders.

15. It is also my earnest hope that the bond of friendship between us too and close cooperation between MEIO and CIA would continue to flourish in the years ahead for the mutual benefit of our two countries.

16. Please accept, Your Excellency, the assurances of my highest esteem and consideration.

The letter has drawn a strong response from the National Patriots Association (Patriots) who has condemned it as “treacherous and treasonous”.

So strong were their feelings of patriotism that they lodged a police report against Hasanah, with Patriots president, retired Brigadier General Datuk Mohamed Arshad Raji saying that her actions are a serious offence as they involve a foreign country in internal affairs, which could “affect the sovereignty of the country.”

But two can play at that game – Hasanah has since lodged her own police report urging that action be taken against those who leaked the letter. Problem is, no one knows who leaked the letter and if they have suspicions, they are keeping mum, with Shaharudin mysteriously saying that “My client has given some instructions to me on this matter and I believe she will confer with the investigating officer in the next few days.”

Lawyer of ex ME10 chief defended the letter to CIA seeking US support for Najib’s government , took those who leaked the classified document to task for jeopardizing the country’s security agency . ME10 he said is the equivalent of Malaysia’s CIA pic.twitter.com/jbPJmvUeS8

Defending the letter, Shaharuddin blasted those who were shocked by the letter as “ignorant”, adding that it’s critical to understand the background leading to the issuance of the letter.

We’ll just wait for ; that backstory then, shall we?

Given the flattery with which the letter treats Najib, it must have been the rudest of shocks to find that that a “fragile coalition” such as Pakatan Harapan could unseat Najib’s administration.

It also does a pretty good job at alienating the rest of Southeast Asia.

Singaporeans, you should be pissed, too! The letter says that “Singapore and Brunei [are] too small to make an impact” and that “Thailand as well as Indonesia [are] too immersed in their own domestic political problems” to be a good ally to the United States.

At a press conference held by Patriot, Brig Jen Arshad echoed a thought we had ourselves – let’s say the CIA wanted to layan us. In what way would the CIA offer their ‘support’?

We don’t know the answer to that question, but perhaps we should be thankful that there are no signs of Russian interference. That’s extra drama that frankly, Malaysian politics does not need.

What’s the matter with MEIO?

Did anyone even know our spy department was called MEIO? It sounds more like a Pokemon if you ask us.

Colour us confused. Which is it? What’s the difference? It turns out there is none. The ‘Research Division’ is just the ‘formal name’ of MEIO, which has been around since the 1960s.

Maybe it’s like when a celebrity checks into a hotel with a pseudonym hoping no one will recognise them for who they really are.

According to a written statement by Hasanah, it has more than 1,000 employees worldwide and reports its findings to the Prime Minister, Cabinet, Special Branch, military intelligence and other government bodies.

Hasanah also asserted that “Meio has contributed much to national security. This includes resolving the Communist threat, confrontation with Indonesia, regional conflicts and most recently, the Daesh threat.”

Well if that’s the case, let’s hope MEIO are still working quietly in the interests of national security and not otherwise. 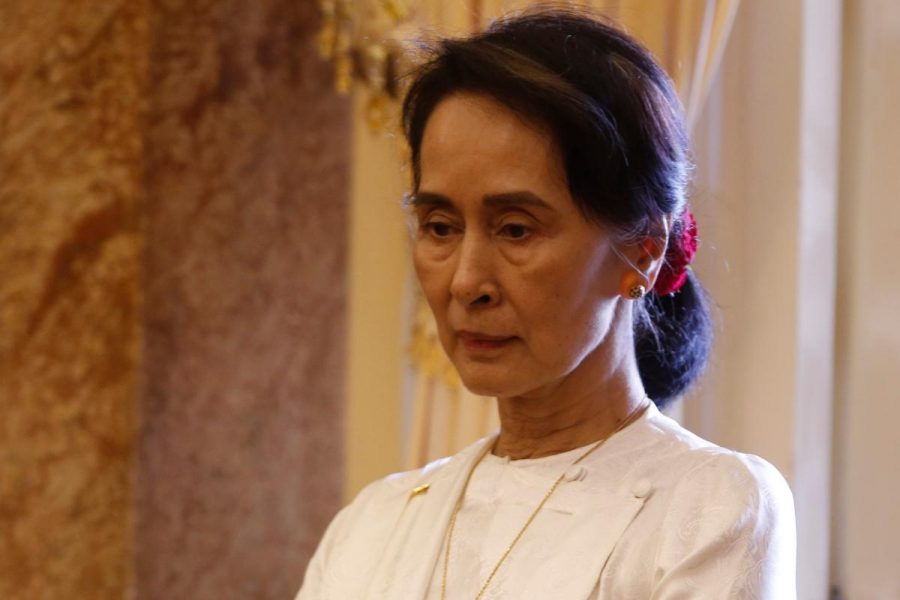