Censors have shut down social media forums, news media have curbed coverage of gay issues, and online shops have removed rainbow-themed products.
Lainey Loh
Monday 20 May 2019
China is tightening its grip on the LGBT community both online and offline. Photo: AFP

China’s LGBT community has had a tough year. Tighter restrictions have led the LGBT community in China – fearing a crackdown – to prepare for muted celebrations of the International Day Against Homophobia, Transphobia and Biphobia on Friday. “We don’t really know what to do. The LGBT community in many ways is being bullied and the sense of powerlessness becomes stronger,” said Rush, a university student who only gave her pen name for fear of repercussions.

For last year’s International Day, diversity events sprung up across the country’s universities where many students voluntarily distributed rainbow badges and flyers to show their support for LGBT groups. But the unprecedented scale of the celebrations caught the attention of the authorities.

This year, only a few small-scale screenings of LGBT movies will be held in private across campuses, according to activists. European Union embassies are also hosting diversity events while others are flying the rainbow flag. “The government sees communities capable of mobilising a large crowd in a short period of time as potential threats to social stability,” said Doriane Lau, China Researcher at Amnesty International. “The control over LGBT communities (is) likely to continue.”

A year ago, China’s Twitter-like Weibo platform banned gay content, triggering a huge backlash that prompted the company to reverse its decision. But a new social media crackdown emerged in April amid a clean-up campaign by authorities to erase content that betrayed “correct marriage views and ethics”.

In April a flurry of online content was censored – including several popular LGBTQ discussion groups that had millions of followers – and various gay search results on popular video streaming site Bilibili. Rush was heartbroken when she discovered that groups were shut down. One of the now-banned lesbian pages helped her come to terms with her identity and opened a whole new world for her.

“It was torturous trying to accept myself,” Rush told AFP. “(It) gave me a will to continue to live,” she said. “For a lot of children, it’s the only way for them to find people like themselves or information.”

Independent online media have removed LGBT sections in recent months and local reporters have told AFP that self-censorship is common, with journalists treading a fine line when covering such issues. In the past year, the Taobao e-commerce platform shut down shops selling rainbow flags and clothing with queer phrases – while gay scenes in Bohemian Rhapsody, a biopic on Queen frontman Freddie Mercury, were censored.

“It’s a warning signal… an unfriendly shrinking space or a way to control the voice of LGBTQ,” said Duan, a member of Beijing LGBT Centre, who declined to give his full name. “We feel that in this environment we should speak out more, and create more dialogue. If no one speaks out for the LGBTQ, then everyone will feel that discussing homosexual topics is a very sensitive issue.”

The government’s tightening grip on the queer community is also going offline. For the first time in China, two LGBT groups in Guangzhou were shut down earlier this year for being “illegal organisations”, according to a government notice.

Many LGBT non-profits have struggled to legally register with the government, while those already registered can rarely publicly promote gay rights, according to NGOs. Many groups persist but have had to brand themselves as social groups advocating for public health.

While same-sex marriage remains illegal in China, the country decriminalised homosexuality in 1997 and officially removed it from its list of mental illnesses in 2001. In March this year, the government accepted recommendations by the UN Human Rights Council to ban discrimination against LGBTQ people.

But after the LGBT community made huge strides in the last 20 years, the state has become increasingly oppressive, said activist Feng Yuan, who co-founded Equality, a Beijing-based non-profit focusing on women and gender. “In recent years, it appears to be more and more difficult (for the community)” said Feng. “Mainly because there is a lack of friendly and supportive laws and framework, a greater emphasis on control and management.”

The LGBT community has had mixed success in court, losing in their push for marriage rights but winning cases against job discrimination and a hospital that offered gay “conversion” therapy. In April, a Beijing court dismissed an appeal against recently-enforced rules by the national media watchdog which ban gay content on film and television and describe homosexuality as “abnormal”.

“If the media can’t talk about homosexuality, it deprives the public of the opportunity to understand the LGBTQ community,” said Yanzi, an activist involved in LGBTQ-related court cases. “It will only increase discrimination and injustice for the gay community.” 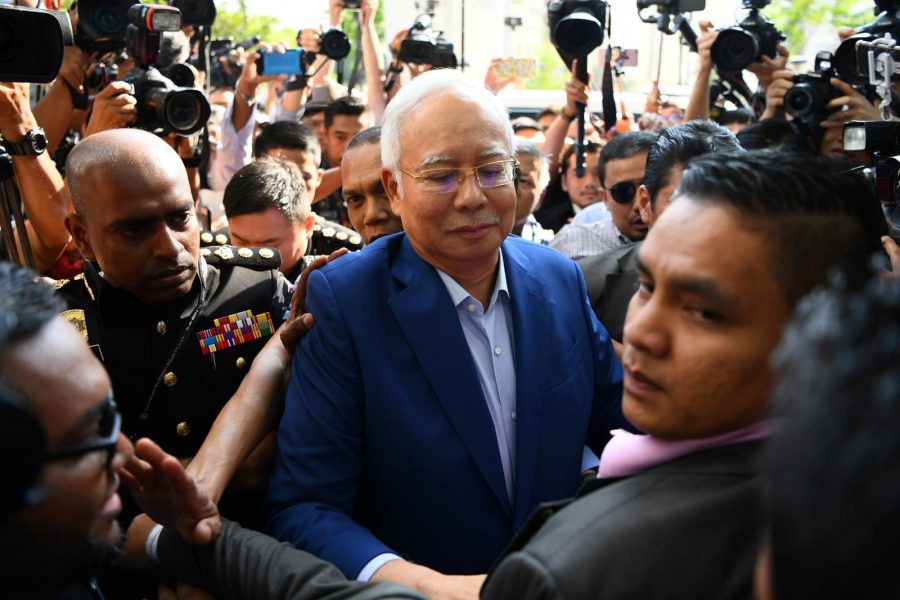 What Were Discussed In The Shocking Audio Clips Of Najib
By Jyy Wei
Hong Kong’s Rage and Tears: Its People Explain
By Lainey Loh