License Revoked: Daniel Craig Takes Us on His Last Ride as Bond in “No Time to Die” An Unreserved Exclusive

The end of the Daniel Craig Era as James Bond: Will he leave audiences stirred or shaken in his last outing as the iconic superspy?
Kassandra Kassim
Saturday 4 December 2021 Daniel Craig as James Bond has weathered many a storm. When he was announced as the heir to the Bond throne vacated by Pierce Brosnan, most of the British Press took umbrage over the fact that he was blonde, in contrast to the five brunettes that preceded him. Moreover, Ian Fleming described the fictional spy’s physical attributes as “that black hair falling down over the right eyebrow. Much the same bones. But there was something a bit cruel in the mouth, and the eyes were cold.” He was also the shortest standing at a decent 1.78m when the shortest Bond actor before him was 1.86m. 15 years later, and five films on, along with a return at the box office of over US$3 billion, there is no doubt the best revenge against doubters is success.

A couple of years ago before production began for No Time to Die, he was famously quoted as saying that he would rather slash his wrists rather than do another Bond film, a line uttered after weeks of gruelling press promotion for Spectre. He has since said in an interview with the Radio Times in the UK, “I was joking, but it came across as ungrateful.” However, actors who decry that role in a franchise is not unique, and Sean Connery, the actor who originated the role in the1960s, once famously said, “I have always hated that damn James Bond. I’d like to kill him.” Clearly, it is a role that has created conflict in its ability to launch an actor into the stratosphere of mega-stardom, whilst carrying with it the Faustian price, both physically and emotionally, in the actor who becomes Bond.

The physical toll on Craig was immense. On The Graham Norton Show, he listed the damage which required operations on his right shoulder, left and right knees, and breaking a leg and ankle. But his Bond is definitely the most physical, in line perhaps with our generation’s thirst for violence, and out of all the Bonds, he possesses the most magnificent physicality—brooding Steve Mcqueen-manliness and laser-sharp piercing blue eyes aside. As he looks forward to being released from Bond-age, he ruminates on the new Bond film.

No Time to Die takes place a few years after Spectre. Bond has retired from the world. Where do we pick him up?

DANIEL CRAIG: He’s gone back to his spiritual home, Jamaica, he’s out of the service, but Bond is not the sort of character that likes idle hands. He’s kept himself busy, kept himself fit, kept his edge. We were trying to find what exactly had happened, but you can never quite tell exactly. One of the things that happens is a whole load of coincidences—which is always a good way to start a movie because then you’re off to the races quite quickly! Suddenly there’s a double-O agent and Felix Leiter in his life. So he needs to know what’s going on. Felix asks him to do a job, he’s not officially working for the CIA, but this is a favour to Felix because he’s a friend. That sets the ball rolling and he’s off to Cuba.

The Bond movies always reflect the world in a way. How does No Time To Die do that?

D.C.: It’s impossible not to, and if you look at the Bond movies, how people are dressed dates them. But also, what’s happening in the world influences them. I don’t think we set out necessarily to directly do it, and I think you’re off to a bad start when you try to bring what’s happening in the world into them and reference it too much, but it’s the fears that we talk about. We talk about what our bad guy wants – do they want to destroy the world? To dominate it? Do they want to share the world with only their people? All these questions have to come up, and invariably what happens is you start relating them to what’s going on. When Barbara and Michael were doing GoldenEye, people asked why they were making a Bond movie after the Cold War because it’s all over, how wrong we were! The world is as complicated as ever, or seems that way and what do the bad guys want? We have to do that, but it’s a Bond movie, so our bad guy has a lair, and that’s important. Because at the end of the day it’s a family movie and as gritty as I’ve made them, I hope we’ve kept them in the realms of fantasy. You have Cary Fukunaga this time as director. Why him? What did he bring?

D.C.: We went through the process with Danny Boyle, which is one of those things that happens a lot in movies. It’s just that in Bond movies the spotlight is very intense. It was all very adult and amicable. Cary was available and had talked to Barbara before about making a Bond film. He’s one of those visionary directors with a very strong visual style and you need someone with the strength making a Bond movie. It’s a big deal. And to have somebody who has such strong filmmaking language and a knowledge of moviemaking is so important because consistency is vital, not just in the storytelling, but in the way it feels and looks. So the audience isn’t saying, “hang on, what’s going on?” Cary is also young and has a lot of stamina. It’s seven months of shooting! It’s having the energy. We’re just lucky to have him. Plus the fact he’s a writer, it was important for us because we were at the stage where we were tweaking it constantly.

Why was Rami Malek the right choice as villain?

D.C.: He was awesome and very busy, and we were lucky to get him. I think his name came up fairly early, but it was one of those things where we wondered if he’d do it. We didn’t have the part there yet. So as much as it was a lovely idea, you’ve got to at least be able to say, “we haven’t got all the words, but this is what it is.” Then we did, and we had to try and get him in. What you don’t want to do, especially with someone like Rami, is promise it and then not deliver.

Rami has talked about a meeting with you, Cary and Barbara Broccoli to re-work a scene in a day.

D.C.: A few decisions were made like that. I got injured, which freed me up and I would get quite vociferous about it, because you have to. We knew we had to stop and look at it. You’re always going to be on set trying to tweak things, which is great, but you need the foundation of the scene. And that’s what we did – we worked it out, which was great. This is your fifth time as Bond. Is he an easy man to find?

D.C.: One of the things is that when I first started playing him, about three months would get me into shape for the movie. It’s now about a year, so even though I don’t have a script at that point, I’ve still started the process in my head because I’m trying to get fit and get ready for any stunts, so in a way, it’s not a switch. It’s a process. Suttirat, our brilliant costume designer came out to New York and we sat and chatted about clothes, which was a long time before we started shooting.

You have Lashana Lynch as a new double-O agent. How satisfying is it to move the story along with actors like her?

D.C.: I thought that was part of the fun of it. Especially with characters like Lashana’s Nomi. We’ve had a lot of questions about #MeToo and I’m not batting it away, but we can’t directly solve it with Bond, it’s more the way we think. You put someone like her character into the story and you have an incredibly strong character calling him out and that, to me, is the way to do it. And that doesn’t mean he’s going to go and change, he’s still James Bond and still flawed, but at least you’re allowing the audience to say, “that’s not right…” In Barbara, we have a very strong, feminist voice anyway and she’s been doing this for a long time. And we have Lashana, Ana de Armas, and Naomie Harris who are all brilliant actors in strong roles.

Audiences expect spectacle and gadgets from Bond. What can No Time to Die offer?

D.C.: I’m a huge fan of all of that. I’d always say, “yeah, but…. gadgets!” We’re getting them back in. We had a lot of gadgets in Spectre and now we’ve doubled down. They need to be fresh and we haven’t got Bren guns in the front of the DB5, we’ve got miniguns. We’ve upped it a teeny bit!

This is Craig’s swansong as Bond. In No Time to Die, if at all possible, he is leaner, tighter and lither, and the investment he has made both physically and mentally in this final installment is palpable. It is abundantly clear that he didn’t choose to coast through his last outing. Despite the controversies or polemics that have arisen from his role as the iconic British spy, he will be a hard act to follow, whatever the decisions moving forward with the franchise. With over US$3 billion at the box office over five films, Bond is one of moviedom’s largest franchise, coming in third after Marvel and Star Wars. It would be a mission worthy of Bond himself, to maintain or even better the legacy that Craig has created. 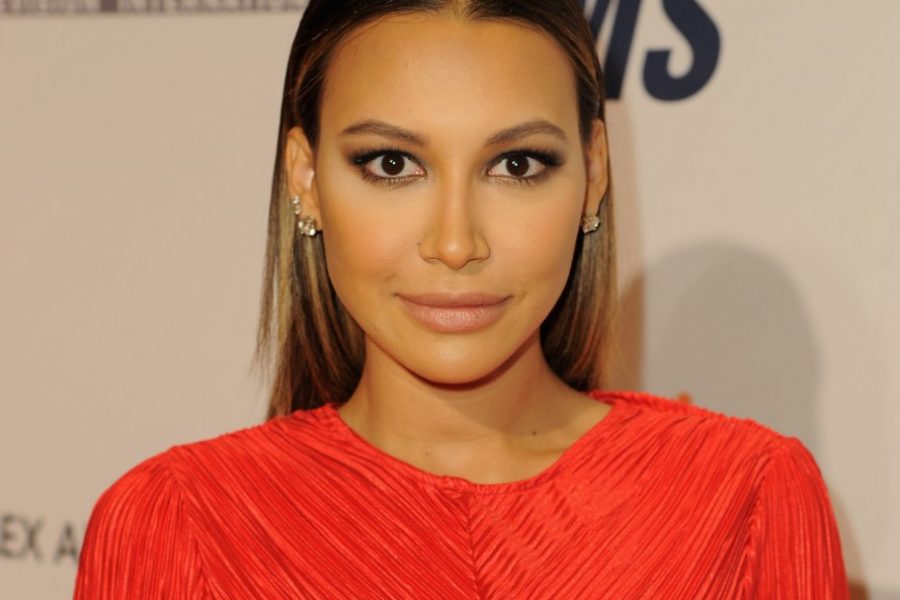 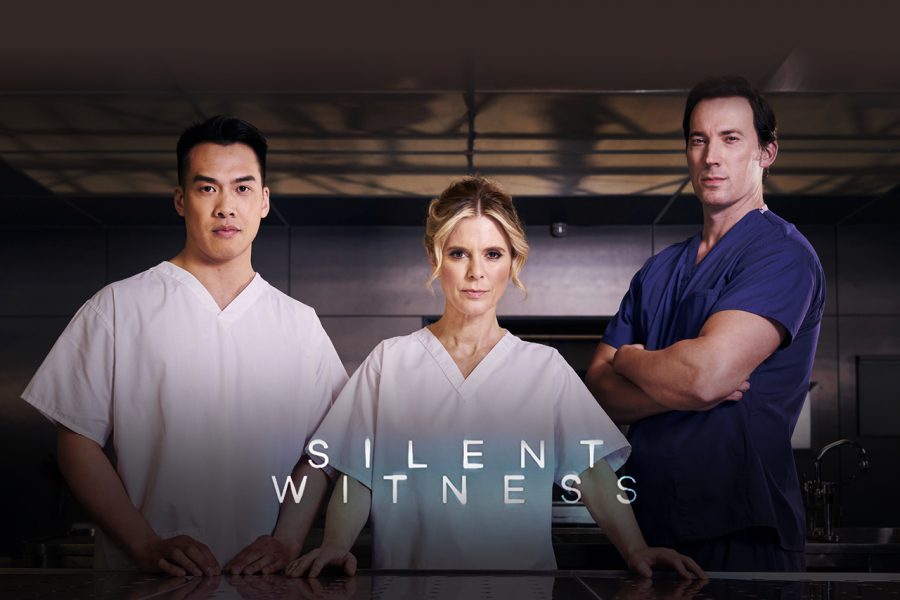 Diversity on Display at the Oscars
By Sherelyn Goh