“All is fair in love and war” as the tired adage goes, but is murder a step too far when it comes to being spurned?
D. KANYAKUMARI
Tuesday 5 February 2019 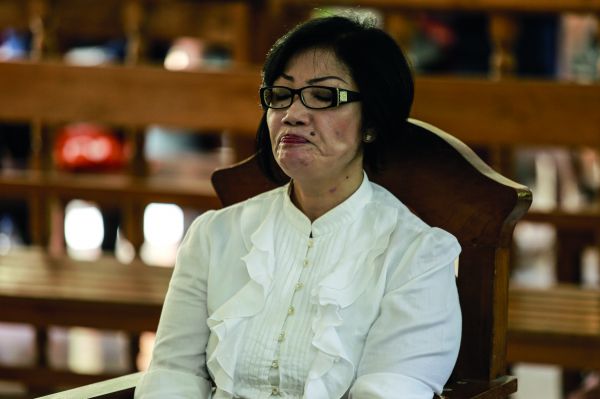 Australian Robert Kelvin Ellis and his Indonesian wife Julaikah Noor Aini is a classic story of people from different cultures falling in love while travelling. The kind that romantic comedies are based on, except this one did not end well.

The love between Ellis and Julaikah was strong enough for him to abandon his life in Australia and his family in New Zealand in order to live a tranquil life together in a beautiful villa in Sanur, Bali. But even the calm and scenic surroundings of the mystical island couldn’t prevent the erosion of their relationship. Twenty years after their marriage, everything seemingly fell apart.

Ellis’ lifeless body was found on 21 October 2014 in a ditch in a paddy field, wrapped in a plastic bag and carelessly dumped. The decomposing body of the 60-year-old was found with his hands and feet bound, and there were three slashes on his throat, one almost decapitating him. He had also suffered severe trauma to his head and his abdomen.

Related: How Did This British Businessman End Up Dead In A Chinese Hotel?

The Independent reported that Julaikah had initially gone to the police station to file a missing person’s report, but soon confessed to the crime after the police sat her down for questioning. According to an AFP report, Ellis’ friends also came forward to say that the marriage had been rocky for a while. The police was quoted saying, “After talking to her slowly and kindly for a while, she finally admitted to killing her husband.”

Their relationship hit a snag when Julaikah found out that her husband had been cheating on her, on multiple occasions. They tried to work things out but according to a news report, Ellis didn’t keep his promises to repent and change. Sick, hurt and tired of being made a fool, Julaikah hired three men and paid them a total of US$10,000 to have the father of her two children killed, reported The Independent.

In June of 2015, Julaikah was sentenced to death. This was later commuted to 12 years in prison for premeditated murder. The men involved in the murder were sentenced to 15 years each, while two other accomplices were given seven years each.

Related: This 89-Year-Old American Mobster Was Violently Killed in Prison

High-profile Sexual Abuse Perpetrators Around the World
By Mikha Chan Harvey Weinstein Victims To Receive US$19 Million
By Sherelyn Goh