There are no suspicions of foul play.
Lainey Loh
Thursday 15 August 2019 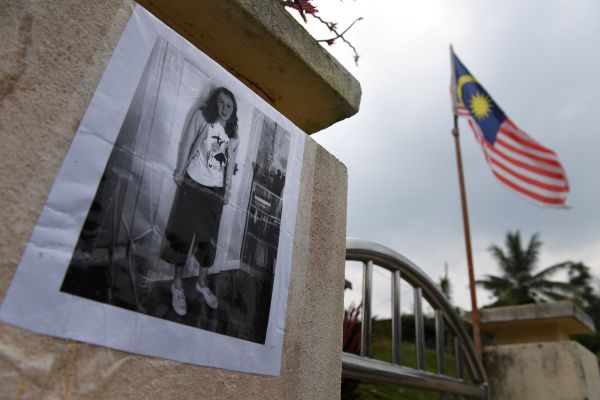 The truth has been revealed. Photo: AFP

The cause of death of 15-year-old Nora Quoirin, the Franco-Irish teen who went missing from the Dusun Resort, Seremban on August 4, has been revealed.

During a press conference at the Negri Sembilan Contingent Police Headquarters today, Negri Sembilan police chief Datuk Mohamad Mat Yusop confirmed that the post-mortem did not find any signs of injuries or violence on her body. He said there were signs she suffered intestinal bleeding but it was likely due to extreme stress and having gone without food for days.

#NoraAnne: Cause of death is gastrointestinal bleeding due to duodenal ulcer complicated by perforation – Police pic.twitter.com/oYYBKoZyDR

Quoirin’s remains were found in a stream 10 days after she disappeared from the Dusun resort. Her body had to be airlifted by helicopter out of the ravine – about 2.5 kilometres (1.5 miles) from the resort – after which it was transported to the hospital and identified by her relatives.

Debunking rumours that the teen, who had learning difficulties, was raped, he said, “There were no signs of rape. The bruises on her legs do not indicate foul play. There are no suspicions of foul play,” he emphasised, adding that she likely died around four days before she was found.

There was also no evidence “for the time being” to indicate she was a victim of kidnapping, police said.

Quoirin had a condition known as holoprosencephaly, where the brain fails to develop normally, had limited verbal communication and could only write a few words. She attended a school for young people with learning and communication difficulties.

Delivery By Drone Now Available Via UPS
By