Menstrual Cups are All the Rage But Are They Safe? 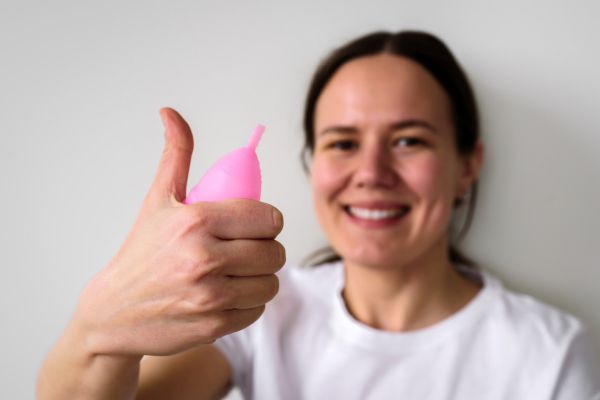 Sure, they’re eco-friendly, but what else? Photo: iStock

Inexpensive and reusable menstrual cups are safe and as unlikely as disposable pads or tampons to leak, according to the first major scientific review of the devices, published Wednesday. Some 70% of women who have tried menstrual cups said they would like to continue using them, researchers reported in The Lancet Public Health, a peer-reviewed medical journal.

Sanitary protection remains unavailable and unaffordable to many women around the world, the authors noted. This means monthly bleeding keeps many girls and women out of school or work, and puts them at risk of urinary tract infections if they use inferior products or make-do substitutes.

In some cultures, girls or women unable to conceal bleeding may face hostility, even violence. A safe, affordable and long-lasting alternative to pads and tampons, in other words, has the potential to change the lives of millions.

“Despite the fact that 1.9 billion women globally are of menstruating age – spending on average 65 days a year dealing with menstrual blood flow – few good quality studies exist that compare sanitary products,” said Penelope Phillips-Howard, a professor at the Liverpool School of Tropical Medicine. The new research – a review of 43 earlier studies gathering data on 3,300 women – is the first to evaluate menstrual cups, which remain poorly known.

Made from medical grade silicone, rubber or latex, the cups collect blood rather than absorb it, as pads and tampons do. They are inserted into the vagina and emptied every four to 12 hours.

There are two types: a so-called vaginal cup which is generally bell-shaped, and a cervical cup which is placed around the cervix high in the vagina much like a diaphragm for contraception.

In four of the studies reviewed, the cups were found to be as effective or better at collecting blood than sanitary pads or tampons. The research showed no increased risk of infection.

There were, however, five reported cases of toxic shock syndrome (TSS), a potentially life-threatening condition caused by bacteria getting into the body via foreign objects. Since the overall number of menstrual cup users is unknown, researchers could not determine how this compared with tampons, known to boost the risk for TSS.

Finally, the study calculated that a cup, at a cost of less than US$1 in some countries will be five-to-seven percent more expensive than 12 pads or tampons. But the cup is reusable and can last for up to 10 years, making it cheaper in the long run that disposable alternatives. In some places, however, the cups can be expensive, costing as much as US$40 apiece.

“For consumers purchasing menstrual products, the results highlight cups as a safe and cost-effective option,” Julie Hennegan from the Johns Hopkins Bloomberg School of Public Health said in a comment, also in The Lancet Public Health.

Yet, even in rich countries, only a fifth of women on average knew about the new devices, three of the studies found. Nearly 200 brands are available in 99 countries, but cups were only mentioned in a third of websites with educational information and advice on puberty in 27 countries.

Related: Chechen Women Are Going Places with This New Service