In a city famed for foie gras and filet mignon, some of the world’s top chefs gathered recenetly in Paris to showcase the green side of gastronomy, for the planet and our palettes. It might mean swapping the côte de bœuf for cowpeas and the blanquette de veau for buckwheat flour, but a growing number of foodie insiders are joining climate scientists in calling for drastic measures to sustainably feed our ballooning population.

Food production is currently the single largest emitter of greenhouse gases and the biggest driver of biodiversity loss, with agriculture alone drinking up 70 percent of the world’s fresh water supply. With Earth set to host 10 billion people by mid-century, experts last month called for swingeing cuts to the amount of meat, fish and dairy consumed by richer nations in order to eliminate malnutrition and live within our means. What is needed is clear, but experts say a retooling of the global food chain would require an unprecedented joint commitment from governments, agribusiness, farmers and consumers to switch from meat to a more planet-friendly, plant-based diet.

Future 50 Foods, a joint guide from food giant Knorr and conservation group WWF released last February, highlighted ingredients such as lentils and cabbage and the role they can play in feeding mankind in future.

To showcase their potential, Michelin-starred French chef Gregory Marchand was on hand with a seven-course tasting menu based on the list. “As chefs and restauranteurs we ought to support sustainability and offer more plant-based menus, and that can be challenging,” he told diners on the top floor of Paris’ Pompidou Centre.

“When I received the list (of ingredients) it was a little bit like opening your fridge on a Sunday night and deciding what you are going to eat. “It was a super interesting process. There were ingredients we already used in the kitchen and others that we had to go to specialist suppliers for,” he told AFP.

Despite a lack of meat products, Marchand and his team were able to rustle up salsify tagliatelle, spelt risotto, and bean ragu with a roast vegetable jus, all topped off by a sweetened green lentil puree and yam tart with soy milk panna cotta.

Diners in developed countries currently consume up to eight times their weekly recommended intake of red meat. January’s EAT-Lancet report, which warned of “catastrophic” damage to the planet due to overconsumption, mandated a measly seven grammes of red meat per day – a morsel equivalent in weight to a one-euro coin. It also suggested limits on dairy produce and just two eggs per person per week. “We absolutely have to reduce meat consumption and we need more sustainable meat production,” said EAT’s Science Director Fabrice DeClerck.

According to Sam Kass, former White House chef to the Obamas, getting chefs and diners to change their habits is one public health emergency that cannot be driven by legislation or top-down taxation. “You get these big reports that talk about these dramatic changes that we have to make but ultimately this is going to come down to play-by-play, small policies,” he told AFP.

“We care too much about our food and we understand who we are by what we eat. Ultimately if people don’t want it the politicians are not going to do the kind of policy change we need.”

There are roughly 800 million malnourished people alive today, and close to two billion are overweight or obese. With rampant overconsumption in some parts of the world and grinding hunger in others, food industry insiders insist the best place to start would be to re-educate the public over the true cost of feeding ourselves.

“There’s a whole disconnection between people and animals and plants so we need to think about our relationship with food,” said Virgilio Martinez Velez, head chef at Central, the restaurant in Lima, Peru frequently voted among the 10 best in the world. “If people take this diet as superficial, trendy stuff it won’t work,” he told AFP.

“We have to create places where you can actually experience (where our food comes from).” For Cameroonian chef Christian Abegan, any future-proof diet would only ultimately work if it contained the key ingredient: deliciousness. “I know there are challenges to change people’s way of cooking and we need to show them the results,” he said, a bowl of buckwheat and seaweed noodles in hand.

Related: A Marriage of Flavours in the Dalmore L’Anima 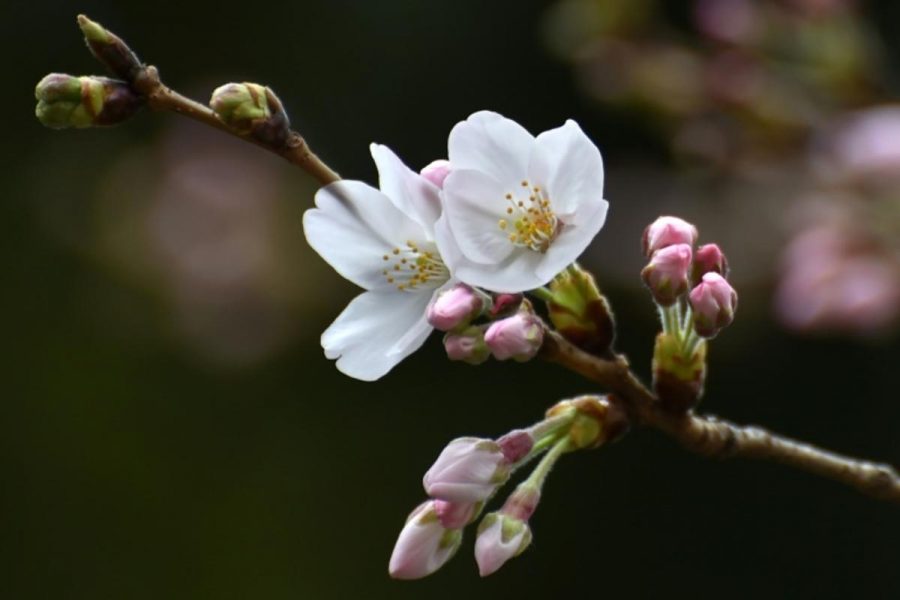 All Things Cherry Blossom Are Blooming This Season
By Zoe Ibrahim