Staple items inspired by 'Sex and the City' to check off your list when you visit The Big Apple.
Zahara Shahriman
Thursday 16 August 2018 New York City: a city so nice they named it twice. Photo: iStock

Oh New York City, where do I even begin? It’s a city that has everything – great dining, renowned museums, phenomenal shopping, famous attractions and pulsating nightlife.

While half of it feels as if time has stood still, the other half is ever-evolving, not just keeping up with the times, but defining the curve as it goes.

I hit peak New York fever when Sex and the City (SATC) became a worldwide cultural phenomenon 20 years ago. The series became my definitive guide to the city. Even two decades later, many of these SATC spots not only still exist, but are now considered Classic New York destinations.

Here are some places frequented by the characters. Soak in some of the best sights New York has to offer.

ABC Kitchen – Serves up dishes with a healthy bent attached to the city’s most stylish home furnishings store at 35E 8th St. Charlotte gets into a tiff with Bunny, her then mother-in-law over which bed to get.

Balthazar – A classic French brasserie at 80 Spring Street which Carrie and gang tried to sneak into, without success, until ‘international party girl’ Amalita gets them in.

Buddakkan – A mega Asian dining space at 75 9th Avenue. This is where Carrie and Big had their rehearsal dinner…before it all went downhill.

Cipriani Downtown – A less formal version of the original Harry Cipriani at 376 W Broadway and also where Carrie finds out (from a newspaper, no less) that Big is engaged to someone else.

Da Marino – Old school Italian at 220 W 49th St. One of Carrie and Big’s dating spots (they have a complicated history, to say the least).

Eleven Madison Park – 3 Michelin-starred restaurant with seasonal menus at 11 Madison Avenue. This is where Big told Carrie he was engaged.

Barneys – A luxury department store at 660 Madison Avenue where Charlotte decided to practise her volunteering services for the blind by donning a Burberry eye mask and walking around the store.

Bergdorf Goodman – Another luxury department store at 754 5th Ave where Charlotte tried to get Trey to add US$1,300 China plates to their bridal registry.

Century 21 – The discount department store where Carrie picked up an Anna Molinari dress and a Dolce & Gabbana kimono.

Manolo Blahnik – Carrie’s love affair with shoes is no secret and in particular, Manolo Blahniks. Find it at 31W 54th St.

Four Seasons Hotel – Located on 57 E at 57th St, spot it in season 6 of SATC after Big’s angioplasty.

The Plaza Hotel – Another place with Big and Carrie history, the iconic hotel is a popular choice for weddings and engagement parties. Find it on 768 5th Ave.

Museum of Modern Art – Charlotte volunteered at the iconic museum in season 4.

New York Public Library (476 5th Ave) – Where it all went down for Carrie and Big. We’ll leave you with this epic scene.

So what are you waiting for? Go forth and explore New York, SATC style.

Related: Your Next Flight With Malaysia Airlines Could Cost a Lot Less 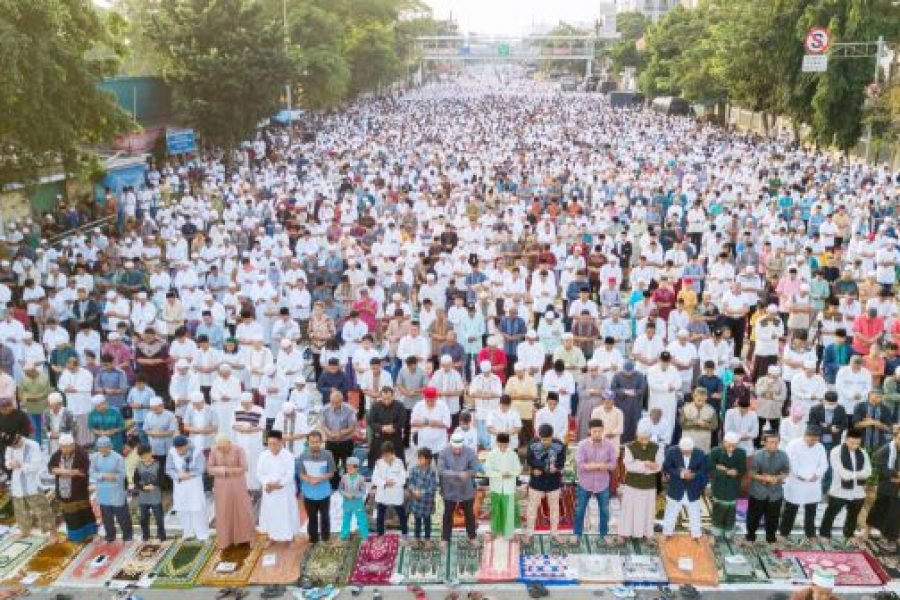 Why Indonesian Cities Are Emptying Out
By Lainey Loh