Nike knows how to put a spring in your step, but is technology getting out of hand when it comes to running shoes? In light of the series of records sent tumbling by athletes with Nike’s, the World Athletics Council is set to rule on the legitimacy of these shoes. As time will tell whether or not athletes need to just do it…slower, we breakdown the impact of the highly-controversial Vaporfly, starting with Eliud Kipchoge’s run in Vienna.

Kenya’s Eliud Kipchoge ran the world’s first sub-two-hour marathon in October 2019. It was one of those milestones in athletics that many people believed would never be reached in their lifetimes, and for those of them who died in September of that year, they were right. I digress.

Kipchoge’s Viennese whirl (he did it in Vienna; it’s a patisserie gag, just go with it) was a remarkable achievement, although not recognised as a new world record (he already holds that) because it was a special event and he was allowed fluids galore and pacemakers (not for his heart; that is clearly in good shape). It wasn’t a proper race either because no one else was invited to participate.

He did it anyway, smashing the two-hour mark by 20 seconds, and he did it on a pair of Nike prototype running shoes – specially created for him by the company that boasted a revenue of US$36.4 billion in 2018, and is the world’s biggest brand of sports apparel, accessories and equipment.

And this is the crux of an issue that is setting tongues wagging and causing consternation among the athletics fraternity, with many people suggesting that too much technology in foot attire is equivalent to “doping”.

Kipchoge’s shoes for the Vienna event were specially created for him – a version of the Vaporfly that is very much designed by Nike to put a spring in your step. IAAF rules clearly stipulate (144.2, just in case you want to look it up) that any “technical device that incorporates springs” is outlawed. Neither the Vaporfly nor the prototype AlphaFLY that Kipchoge wore in Vienna (a sneakers peek, if you like) has springs as such, but they do have rather special carbon-fibre midsoles, and it is these that have become the centre of attention.

A running shoe is all about maximising shock absorption and reducing energy loss, and Nike have ascertained that carbon-fibre plates are ideal for this exercise. The Vaporfly has one plate, the AlphaFLY has three. Most running shoes have soles that are an inch thick, while the Vaporfly comes in at 1.4 inches, which is a considerable difference. Surely it’s no coincidence that, according to The New York Times, the five fastest male marathon runs in history have been achieved on Vaporflys. Or should that be Vaporflies? Who knows? I digress.

How Nike helped Kipchoge in the marathon?

Vaporflys are freely available…at a price. There are various models and they seem to range from about US$300 to US$1,200. That’s an expensive pair of shoes, but if the performance is commensurate, it’s a cheap price to pay for the kind of serious athlete who won’t be paying for his or her shoes anyway.

According to an independent study carried out in 2017, the shoes can increase athletic performance by as much as 4% by lowering the “energetic cost of running”. For a very good marathon runner who could, for example, clock two hours and 10 minutes, the improvement on time could amount to three and a half minutes, which is way more than “significant”. That’s the difference between winning a marathon with a new world record and merely receiving a shiny blanket at race’s end. There is little doubt that technology is playing a big part.

Calls for a level playing field?

The world moves on, as does technology – from microchip processing power to sports equipment – and there’s little or no use in trying to stem the tide. While it would be nice to see all marathon runners wearing the same pair of shoes – well, not exactly the same pair, that would make them look as much like clowns as 20 Formula 1 drivers emerging from the same car – it’s not going to happen in the febrile world of competition among sports goods manufacturers.

Let’s just embrace the situation and look forward to more great performances and world records, while sparing a thought for someone like Finland’s Hannes Kolehmainen. He broke the world marathon record in 1920 and had he replicated that time at the 2016 Olympics, he would have finished in 130th place. But then he didn’t have the goddess of victory to provide support.

This article is an excerpt from UNRESERVED’S Jan/Feb 2020 issue from the article Incredible Feet. Gilberto Silva: How it Feels to Win the World Cup
By UNRESERVED 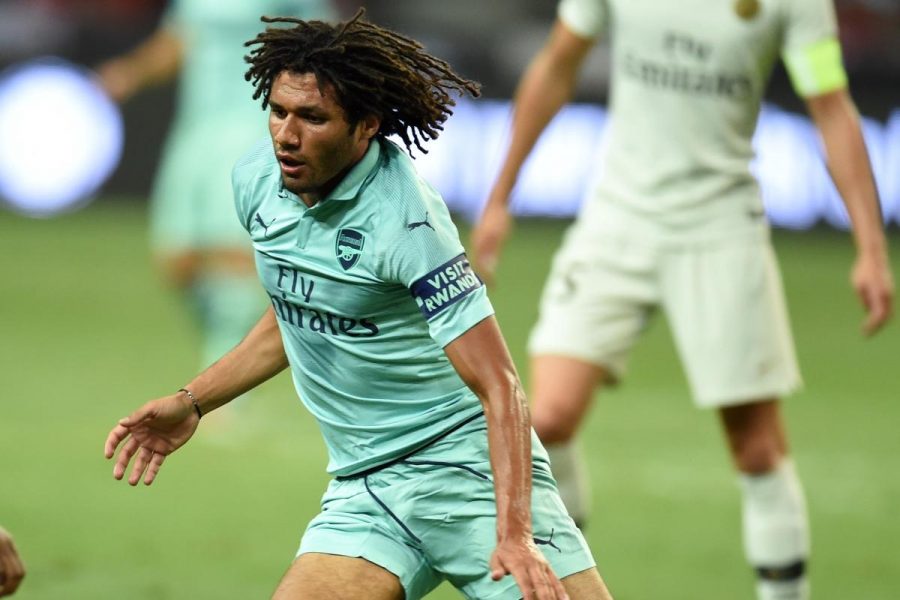