Overtourism is Choking the World – Can Anything Be Done? Bali's numerous visitors have taken their toll on its beaches. Photo: iStock

The world is ripe with travel opportunities and it seems like there’s always a new place to discover. Problems occur though, when everybody else wants to explore it at the same time too. It seems we’ve officially entered the era of too much tourism.

There’s been sand pilfering in Sardinia and visitors to Venice threatened with fines for sitting down. Over in Rome, there’s been selfie-based violence and illegal bathing. In Madrid, stringent rules have been put in place to handle Airbnb as locals fear being priced out of the city. And most recently, Thailand announced that Maya Bay, the popular destination made famous in the 2000 movie The Beach would be closed indefinitely to revive its ecosystem.

None of this is going unnoticed by the travel industry itself and some within it are now trying to come up with solutions even as others continue to debate whether there even is a problem. That’s where the Center for Responsible Travel (CREST) and George Washington University’s International Institute of Tourism Studies come in – they collaborated and held the World Tourism Day Forum on 27 September in Washington DC, gathering experts to scratch their heads about it. So did they come up with a solution?

Here’s what we know so far:

Is overtourism is a real issue or an overused buzzword?
For people who work within the industry, there’s general agreement that it’s a combination of the two. “I think it’s both,” says Albert Arias Sans, head of Barcelona’s city council’s Strategic Plan for Tourism. “The overcrowding on the streets is there, the rise of the rental market in the real estate is there, the negative perception of residents is there, so figures are there and we have to not deny them, actually.”

María Reynisdóttir of Iceland’s Department of Tourism agrees that it’s both. “It is a buzzword. It’s a concept that’s easy to grasp and easy for the public to grasp, that’s why we’re seeing more media reports.” Reynisdóttir says the pressure has always been there, but ‘overtourism’ is essentially a label for a long-established pressure.

Sarah Miginiac, general manager for South America at adventure company G Adventures, is also keen to stress that overtourism isn’t a media construct. “I think it is a real issue,” she says.

Overtourism looks different in different places
Overtourism might be the real deal, but it’s also a broad term and it manifests itself differently in different destinations. In Paris, it might look like crowds of visitors jostling for a photo or glimpse of the Mona Lisa at the Louvre, says Miginiac, who presented at the World Tourism Day about overtourism at Machu Picchu.

“That’s not what overtourism in Machu Picchu looks like,” she says. In Peru’s ancient city, it’s a question of too many people trying to gain access. “There isn’t the infrastructure around it,” she says.

Arias Sans says Barcelona’s overtourism issues are similar to the problems facing bustling urban centres across the world: overcrowding on the streets and at key tourist spots. Then there’s the impact of vacation rental companies such as Airbnb on housing and the rental market.

In Iceland, explains Reynisdóttir, the situation is different again. “The growth has been very fast – especially since 2010: we’ve had on average a 25% growth in tourist numbers year-on-year,” she says. “So that has been the main challenge, tackling this growth.”

She’s quick to clarify there are a lot of advantages of this tourism boom – Iceland’s economy has been transformed. “It’s improved our quality of life in many ways, we can enjoy a wider range of services, restaurants, activities and so on and more flights to more destinations as well that we can fly to.” However, this comes at a price. “Pressure on certain popular tourist sites, especially at certain times, leaving some environmental damage and changes in attitudes.”

Social media plays an active role
All three experts agree social media directly correlates with overtourism – platforms such as Instagram act as double-edged swords. “It’s not a bad thing to promote tourism,” says Miginiac. “We actually want for the country to receive more visitors. So it’s not a bad thing if [social media] helps putting(sic) Machu Picchu in Peru on the map.”

But Miginiac says there needs to be a focus on promoting other Peruvian attractions on social media. “Machu Picchu is one iconic attraction, but there is so much to see, so many other Inca ruins that people don’t really don’t really talk about,” she adds.

“Social media plays a role and also it opens to challenges and opportunities, of course,” says Arias Sans, who says Barcelona is pursuing an active new social media marketing strategy.

In Iceland, the growth of social media is intertwined with the country’s tourism boom. The North Atlantic island launched its ‘Inspired by Iceland’ social media campaign in the aftermath of a major 2010 volcanic eruption. Today, Iceland still uses Instagram and other social media platforms to promote messages of responsible travel.

“Iceland’s landscape is somehow very well suited to Instagram and pictorial media, with waterfalls and hot springs and dramatic landscapes,” says Reynisdóttir. But sometimes social media can lead to a little known attraction becoming a runaway success, not always for the better. “Suddenly, some waterfall that’s kind of hidden away and not many people went to – all of a sudden it becomes really popular because there’s been some celebrity post something on it or it’s in a popular TV show…You can see that with some of the sites that have been featured in Game of Thrones have become popularised. “And then all of sudden, lots of people start visiting but the site isn’t ready for the footfall. So then you need to be quick to react, but that isn’t always possible.”

Land owners have to agree on development before paths and infrastructure can be constructed. “It’s not always easy, but I think you know I think Iceland have done a pretty good job of managing this,” adds Reynisdóttir. “Reacting by building infrastructure and trying to get all the stakeholders on board. But it is a challenge, definitely.”

Accommodation is a challenge
All three experts agree that overtourism impacts the housing market and lives of local people. In Iceland, the influx of tourists is largely concentrated on the capital, Reykjavik, and the south of the island, so measures have been taken to control accommodation in this region. Reynisdóttir says Airbnb rentals are now limited to 90 days per year and there’s an income cap. Hotel development has been restricted in certain areas and steps have been taken to reduce bus traffic in residential streets.

“There are no magical solutions at all, but what we’re doing in Barcelona is, of course, banning hotels in the city centre,” says Arias Sans. He adds that Airbnb isn’t necessarily a bad idea, but it needs to be controlled. “There are certain forms that would be positive, like the rental of rooms in your home, but we need to be able to enforce it, otherwise it will get out of control and then what you presume to be a good idea, it turns into a very bad idea,” he says.

Miginiac says the issue at Machu Picchu is the disconnect between the tourist experience and local livelihoods. “You have communities all around Machu Picchu, who are actually not seeing the benefits of Machu Picchu,” says Miginiac. “So that’s an effect of overtourism where you’ve got tourists that go in big, big buses of big groups to Machu Picchu, using companies that don’t necessarily share their wealth with the local communities and that creates social conflict with the population because they consider Machu Picchu to be theirs – that’s their own culture, that’s their own ancestors and they don’t see the benefits out of it.”

Planning ahead is important
Creating long-term, adaptable solutions for the future is the aim of the governments in Barcelona and Iceland – and in Miginiac’s private sector work at Machu Picchu. “I personally visited Machu Picchu for the first time in 2004 and in that period there were half a million tourists to Macchu Picchu. Fourteen years later, we are at 1.4-1.5 million visitors into Machu Picchu and the access hasn’t changed,” says Miginiac.

When working together to find a solution, Miginiac says the key is ensuring the situation is a lasting one. “[The government] definitely need to make sure that whatever solution is going to be found to access Machu Picchu is actually a solution that will enable growth for the future as well, and not only for the current amount of passengers,” says Miginiac.

In Iceland, the tourism rate is slowing down, giving the country more flexibility to adapt and plan for the future. “Now with the foreign exchange inflow from tourism, ironically Iceland has become a very expensive destination. That’s the main reason why we see this slow down, most would agree that the growth slowed down is a good thing. A 25% increase year on year is not a sustainable development for the long term.” This allows the government to, in Reynisdóttir’s words, “breathe and plan.”

Now the Icelandic government is looking forward to tackle tourism as a long-term problem – specifically spotlighting infrastructure. “There’s more visitors, all year round, at popular sites. You need more capacity, in terms of…toilets, parking, bridges, viewing platforms and so on,” says Reynisdóttir.

The current tourist site protection plan was created in 2011 and, she says, it’s financed 750 infrastructure projects since then. Now they’ve premiered a new project. “The Tourist Site Protection Fund focuses on private and municipal land and also new sites, in order to try and distribute tourist flows, make new attractions,” she explains. “And it works alongside a new long-term national infrastructure plan which focuses on the large areas of State and municipal sites.”

“More isn’t always better. We need to decide where we want to build up strong sites that are able to receive a large amount of visitors and which sites you want to leave more untouched.”

Related: Mirrors and Salt Crystals Could Help Save the Great Barrier Reef These Are the Best Airlines for Food, Sleep, and Pets
By Lainey Loh Honey, I got the Kids! A Chaos-Free Itinerary in Sabah, Malaysia, with a Dash of Luxury Thrown In
By Kassandra Kassim 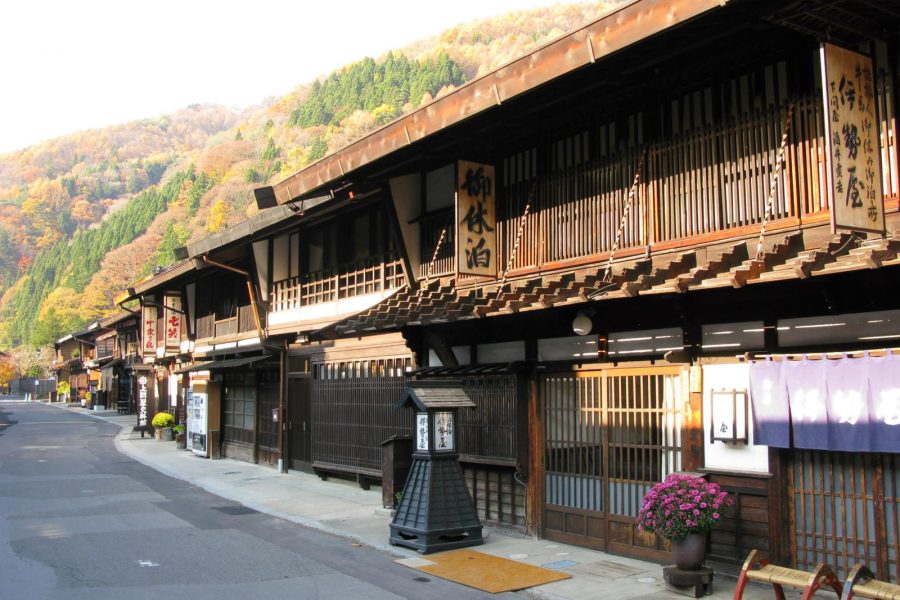 Unique Tours Around Japan For The Unconventional Travellers
By Jyy Wei