Aside from being weapons of destruction, they also carry a far more long-term and sinister message.
June See
Tuesday 30 October 2018 As a 15th package intended for CNN’s global headquarters in Atlanta is discovered, we are left to wonder about the circumstances that created it and its 14 counterparts. If the pipe bomb incidents in the United States have taught us anything, it’s that words matter, and their impact can be far more reaching than the person who uttered them could ever have foreseen.

It may seem like we’re stating the obvious, but in the realm of politics, it often seems like something that is either overlooked or considered, and then disregarded. They especially matter when they come from someone in a position of power whose words can more than easily be taken to heart.

Recently, that action has manifested into the mailing of 14 (possibly 15) different pipebombs to different prominent Democrats and the CNN office in New York. One thing is clear: these addressees were all once targets of President Donald Trump, who has not hesitated in lambasting them as enemies of the Republican agenda.

Here’s a list of who’s received the suspicious looking packages so far (in order of receipt):

The man arrested for the crimes, Cesar Sayoc, was an ardent Trump supporter who plastered his van with stickers proclaiming his allegiance. Despite this, Trump said that “I heard he preferred me over others, but I did not see that. There’s no blame, there’s no anything,” shirking any association between himself and alleged perpetrator of the crimes.

How’d we get to a place where it’s normal that two parts of the country despise each other? That you can imagine the other side encouraging terror? Our thinking changed. We stopped debating politics & ideas & started attacking others for things we can’t change, for who we are. #Ceasarsayocjr #pipebomb #weaponsofmassdestruction #florida #autozone ¯_(ツ)_/¯

Back in 2016, he said that it would be a “horrible day” if Clinton were to be elected and got to appoint a tiebreaking Supreme Court Justice. “If she gets to pick her judges, nothing you can do, folks. Although the second amendment, people – maybe there is, I don’t know.” As we all know, it wasn’t Clinton who got elected, it was Trump. And if Trump’s most recent Supreme Court nominee (Brett Kavanaugh) is any standard to judge his administration by, we’d gladly pass, thanks.

It’s this sort of sustained, long-term rhetoric which emboldened his supporters to emerge from the shadows and divest any cloaks which may have masked thoughts and ‘ideals’ they knew were too controversial to be acceptable in the mainstream. Charlottesville was one such scary example.

As people watching events unfold internationally, we have been inclined to wonder time and time again – is this the true face of the United States? How is it that they seemed to have come so far and yet, in such a short space of time, regressed to low blows, cheap shots and fear mongering? It brings up the question of free speech – when you are unable to stifle dissent, is this the next ‘best’ alternative, where it manifests as rhetoric laced with subversive suggestions of violence?

Trump’s official responses have been varied, starting with a lazy retweet of Vice President Mike Pence’s tweet to one resembling what a President should say when an act of domestic terrorism happens, before springing back into default Trump (never losing sight of the midterms, of course) – antagonistic, hostile and impersonal.

Republicans are doing so well in early voting, and at the polls, and now this “Bomb” stuff happens and the momentum greatly slows – news not talking politics. Very unfortunate, what is going on. Republicans, go out and vote!

And thanks to Trump’s unrestrained use of the phrase, the term ‘fake news’ has become a slippery catchphrase used by leaders such as Syrian President Bashar al-Assad, Russian President Vladimir Putin and Filipino President Rodrigo Duterte. It’s become a term of convenience for the leaders, who use it freely to describe any information they don’t agree with. By CNN’s count, Trump alone has used the term over 700 times in his 677 days as president.

Closer to home, the Philippines has seen the results of their president’s fiery rhetoric, where thousands of people have been killed in his infamous war against drugs. He avowed to “fatten the fish” of Manila Bay with the corpses of “drug pushers”, “hold-up men” and “do-nothings”, human rights be damned.

There’s been no shortage of alarming things that have come out of Duterte’s mouth, however, the difference between Duterte and Trump is that Trump’s rhetoric is usually squarely lobbied at his opponents, not alleged criminals. This is not to disregard the thousands of people who may or may not have even been guilty of the crimes they were killed for – the point is that some of them died without ever having their guilt proven, leaving behind scores to wonder whether there was a better way to deal with the problem.

Apart from being fans of each other, what Duterte and Trump have in common is that the targets of their rhetoric have become very real targets of intended violence. So for Trump to sow the seeds of discord by saying things like “Knock the crap out of him, would you? I promise you I’ll pay for the legal fees,” (referring to how his supporters should respond if they see any protesters at his rallies) and “any guy who can do a body slam, he is my type!” (in reference to Greg Gianforte’s attack on a reporter in 2017) then walk back and say he had nothing to do with why these pipe bombs were sent shows a level of irresponsibility and hypocrisy his administration is becoming infamous for.

Trump is a curious case of someone who behaves on one hand like a tyrant, but who on the other, is willing to, and often does, play into victimhood politics. He’s an expert at deflection, nothing is ever his fault and therefore he’s more than comfortable shirking the responsibility and weight of his words on to say, ‘the Mainstream Media’ or the Democrats. By turning the blame to the media, he redirects popular anger and absolves himself of any ownership of any inflammatory comments he may have said.

A very big part of the Anger we see today in our society is caused by the purposely false and inaccurate reporting of the Mainstream Media that I refer to as Fake News. It has gotten so bad and hateful that it is beyond description. Mainstream Media must clean up its act, FAST!

More than being just detonative devices, what is it the pipebombs symbolise? They make very real the explosive power in the words that encouraged their creation and showed that the intent behind the creation of the weapons can often be worse than the weapons themselves (thankfully, none of the devices detonated). This kind of damage lasts longer and permeates deeper in a society that, by current standards, is so fractured it doesn’t know how to put itself back together. 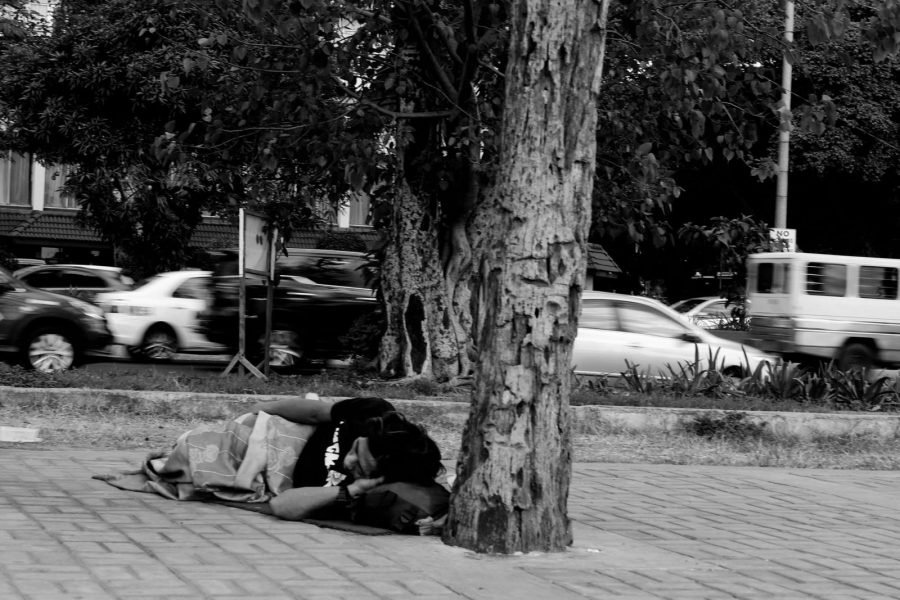