This week is London Craft Week and Malaysia is showcasing the ancient craft of Tenun at the High Commission in London. The driving force behind this is Her Majesty Queen Azizah of Malaysia. In preparation for the exhibition, Editor-in-Chief Kassandra Kassim sat down with Her Majesty to ask her about her life’s project.

It takes an uncommon person to revive a dying art and turn it into an industry within the span of barely two decades. But then, Her Majesty Queen Azizah of Malaysia is no common person. Royal by birth, she has the means and the wherewithal to realise any opportunity. Despite her regal bearing and elegant ability to steer through royal occasions and the demands on a monarchy, there is no protocol about her person, other than what is instituted by the Palace. She is curiously down to earth, warm, and approachable.

Her raison d’etre for the past 20 years has been the gilded weavings of Tenun Pahang, rebranded as ‘Tenun Pahang Diraja’ to promote the cloth to a wider audience. There are many products in Malaysia that have seen either political or royal patronage. For the most part, interest wanes when that person is no longer in a position of power and influence. This was not the destiny she had in mind for her efforts. As she says, “Not much was known about Tenun Pahang 20 years ago … through the years I remember my husband telling me ‘You are taking this on, make sure it doesn’t die within a year or two because of a fanciful whim.’ But we have proven the cynics wrong … at nearly 20 years old we’ve got our own training centre; we went from having two prisoners weaving for us to 200 prisoners.” She says this with much pride both for the achievements but also for the people it involves.

And this is where she is also stands out. To engage with royalty in Malaysia requires a strict code of behaviour from the public. For example, there are ways to address their Majesties in language; how you salute them, how you address them, what colours you may wear at the palace and over familiarity can see you banished. Even for myself when conducting this interview, I had to ensure that my feet were safely hidden away and not visible to the Queen on camera. Both in language and behaviour, a strict protocol and distance must be maintained. The Queen is clearly aware of this, but when it comes to the work that must be done, she rolls up her sleeves and just gets on with it. Many hands make light work, and this is something she completely understands, protocol or not. I ask her about this, as part of the success of Tenun Pahang Diraja is her extraordinary down to earthiness.

Her Majesty replies, “I hope so, I do go down to earth to sit with them to design, I do go down there, I even sit on the floor literally humbly down to earth with them.” I ask her where this sense of normalcy comes from—she is of course born a princess and not become one by marriage, with all the trimmings, fancy manners and palace protocol that accompanies it. She ruminates with, “Maybe it was the way I was brought up … my father made sure that we are all humbled and made us sit on the floor with them.” Her Majesty recounts that her time as a child was spent eating and breaking bread with indigenous people, with the public at large, as her father had a continuous stream of his subjects informally coming over to the palace to eat. This was in itself a departure from the norm. Her Majesty adds, “So that was my formal training on non formal behaviour that my father gave us. I think it prepared me for this life that I’m able even with when I go round Pahang with the orang asli (indigenous tribes), I can sit amongst them and be perfectly fine.”

It certainly prepared her to tackle the rigours of bringing back to life a craft form that was slowly dying of lack of interest from within the cottage industry and without. Ever determined, she even withdrew funds from her own pension in order to make things happen. She says, “When we started in 2005 there were only 15 weavers left in the whole state and they were all centred in Pekan. I got help from the government and we set up the training centre. From the training centre, I take newly skilled weavers and I employ whoever wants the work. I decided when I could withdraw my EPF (Pension Fund) at 55 years old — although I’m still 35 (Editor: The Queen loves to joke about age), I formed this company and I decided to employ all the ex-prisoners and all the students that come out because right now they are paid based on commission.

I’m the only one that pays them salary a month plus commission to do the work. I give them medical benefits although it’s a company that does not make money. This is my passion, being artistic, I think. I do find it challenging but I find it most satisfying working with everyone. Just to sit with them and collaborate on a design … I didn’t want to be just a patron and not be directly involved. This is where I think I can play a role and I don’t think we would be here had I not pushed them. I am pushing so that we can see and make a difference for the next 20 years.”

Her passion and zeal saw her collaborating with the Prisons department in Malaysia. What began as a request from the Prisons department to provide training for two prisoners as part of a rehabilitation programme, has flourished into a mini industry with 200 weavers and prospects of employment thereafter. While the idea of working side by side with prisoners may have been reason for pause for any normal person, the Queen in her inimitable enthusiasm, held no reservations.

I asked her what was in her mind that she could so easily make that leap. She answers, “It was quite easy for me because where I grew up, my house in Johor was next to the prison. (Editor: This was a legacy of colonial British urban planning I hear, to put a palace next to the Prison) My father would call some prisoners over to our home when he wanted some craft work done, so prisoners were coming in and out and he would tell them to make this and that. They had a sewing shop in the prison as well, so my mother would send over fabrics to make things like tablecloths.

They would also mow the grass and manage the garden … So prison has always been part of my life from young, just as the indigenous people are. I treat prisoners just like I would another person. I never judge them, I never ask what their sentence is or what they have done. I treat them as a friend just like with you or the museum director or whoever, so I think that’s partly why they feel accepted. It’s not easy for society to accept them, even their own family have condemned them. But this is life … If God can forgive, who are we not to forgive?”

Her efforts are now being recognised. Not only have the weaving programmes become a success with the inmates, her offer of employment after release is a phenomenon the community at large is accepting after an initial feeling of awkwardness in the beginning. Her attitude of forgiveness and acceptance is being adopted. She is now the Patron for in prison rehabilitation through craft, not just in her home state of Pahang, but also nationwide. The mantra for Tenun Pahang Diraja is “weaving for hope”, and through the Queen, it is less tagline but more reality. She in a veritable force of nature, doing more than just shaking hands and holding babies. She is guiding them, inspiring people, and pushing all those around her to be a force for good. From the Pahang State Museum Corporation to the Malaysian Prison Department and the Government, fans of Tenun Pahang Diraja and the public at large —they are all on Her Majesty’s not so secret service.

If you are in London during the London Craft Week 2022 (May 9 – 15), visit the Malaysian High Commission at 45 Belgravia Square for the exhibition on Tenun Pahang. For more information click here.

For more information on Tenun Pahang visit their website here. Eat Your Way to Better Mental Health
By Lainey Loh 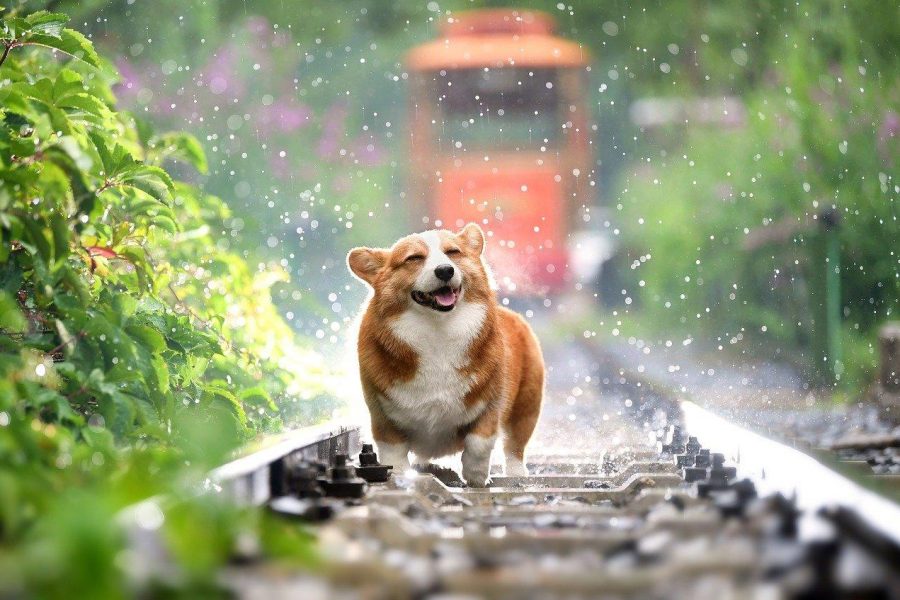