Why Race Is Such an Ingrained Part of Southeast Asian Culture

While the world tries to move away from the stuffy labels of race, there are still places in Southeast Asia where people are judged by their skin colour.
Li-Mei Foong
Tuesday 21 August 2018 Aishah Sinclair is, as the British side of her would say, bonkers for the baju kurung.

She claims to wear the Malay traditional garb “almost every single freaking day.” Used to its comfort and versatility, the Malaysian actress and TV host admits that she started donning the baju kurung because she “didn’t want to stand out”.

Half-English and half-Malay, she often has to deal with the gawking that locals reserve for white foreigners. Some even alluded that she relied on her Western looks to score roles in local television – an industry that fawns over porcelain fairness and Caucasian features.

The baju kurung, a formal attire worn loosely and associated with conservatism, sends a message that there is nothing to see here.

But standing out as a half-white celebrity has a darker side.

In her early days as a television actress, she was once called a “half-breed”. “I cried for days after that,” Aishah recalls.

Aishah’s experience tells us one thing: the experience and dilemma of Eurasians – people with any mix of European and Asian descent – largely boil down to their looks.

To unpack this, we have to go back to a time in our region before Aishah or her parents or even grandparents were born, a time when Eurasians were not dominating the showbiz but civil service, and a time when the British Parliament debated about sex.

Welcome to the colonial era.

Around the 16th century, the sweet smell of Southeast Asia’s lucrative spice trade drew the Europeans, who had just invented cool new stuff that made cross-continental sea voyages (and conquering foreign lands) possible.

Portugal was the first to stake its claim in the region with the takeover of the Malaccan Sultanate. Spain and the Netherlands were the next couple to arrive in the ‘Amazing Race Southeast Asia’, followed by the British, French and the Americans.

The rest, literally, is history.

Western rule began to expand in the region. So did something else in the white men’s pants. They found themselves local sweethearts and, how to put this politely, miscegenated.

Miscegenation means making babies with someone of a different race or skin colour.

In colonial times, this was – a scandal.

According to a 2009 paper by Katrina Chludzinski, a history graduate student in the Northern Illinois University, European and American travelogue writers had their drawers in a twist about the ‘barbaric’ behaviour. The British got so worried that they debated it in Parliament, according to journalist Jeremy Paxman.

They wrote (presumably with heavy breathing) that Europeans getting it on with locals would “blur the racial lines that had been used as the basis for control over the colonies”.

The colonial class fancied themselves mensch, hence fit to rule. Locals, on the other hand, were seen as morally loose, indolent and unsophisticated, hence should be ruled.

In 1909, a document informally known as the ‘Concubine Circular’ was issued by the Colonial Secretary, Lord Crewe, to warn its boys that taking native mistresses would result in “disgrace and ruin”.

It was in such hostility that many babies of miscegenation were born across Southeast Asia. These mixed-race offspring or descendants are still scattered across the region today.

In Singapore, there were about 15,581 Eurasians (or 0.4% of the population), according to a 2010 census. In Malaysia, a research in a publication by the Institute of Southeast Asian Studies in 2012 placed the number of Eurasians at 29,000.

Other examples of European-Asian groups include the Indos (Dutch and Indonesian), Spanish Mestizos (Spanishand Filipino), and Métis (French and Vietnamese).

The higher standing was nothing to sneeze at.

Chludzinski notes that, while still socially inferior to pure-blooded Europeans, Eurasians that closely resembled their white parents were given better jobs. Light-skinned mestizos in the Philippines were also accorded “considerable cultural capital regardless of their actual economic standing”, writes Vicente L. Rafael, a history professor at the University of Washington, Seattle, for Rappler.

Rosalind Hewett, a historian attached to the Australian National University, found similar privileges in her research on Indos in colonial Indonesia.

Indos acknowledged by their fathers were granted European status. With this status, poorer families could access free medical care and free European education. This education led to a European high school diploma, which opened the path to work in low and middle levels of civil service – ranks that Indos soon monopolised.

“Unlike the British rulers in Malaysia and Singapore who had put Eurasians in distinct legal groups, there was never any legal category [for Indos] under the Dutch rule.

They had to choose from three legal statuses (Natives, Europeans or Foreign Orientals), depending on where their parents were from, and most were quite keen to identify with European society because of all the benefits that brought,” Hewett tells UNRESERVED.

In the early 20th century, Hewett reports, the wealthier Indos started adopting more European behaviours, like speaking proper Dutch and eating Dutch food. They distanced themselves from poorer Indos to prove that they belonged to the European echelon, and saw themselves as superior to the locals.

In the 1920s and 1930s, Indonesians were struggling for independence from colonial rule. Indo organisations were not big fans of the idea, but announced that they should be the ones leading the country if the colonial government rescinded power.

This courted heated debates with the nationalist groups and natives, who already despised the high and mighty half-Europeans.

“This set the stage for the violence that followed,” says Hewett.

The Japanese wrestled Indonesia from the Dutch in 1942. Three years later, America dropped the atomic bomb on Hiroshima and Nagasaki. The Japanese forces surrendered and retreated from Southeast Asia. Two days later, leaders of nationalist movements announced Indonesia’s independence from the Netherlands.

In the years after, Indos were attacked and killed on the streets on suspicion of supporting the Dutch, who were returning to rule. Families were massacred. Some were thrown into prisons and camps, where they faced torture, starvation and death.

Historians estimated the death toll at about 3,500. On the surface, this episode in history played out like a cautionary tale that arrogance breeds contempt, and worse, bloodshed.

But the bigger picture is that the Indos, socially-crippled at birth due to their mixed origins, were just trying to build a better life for themselves. They were, essentially, playing by the rules created by the people of power at that time, in a game based on white superiority.

The prize was social mobility.

To win, Indos had to prove that they were Europeans.

But in reaching up, they also punched down, treating their darker-skinned and poorer kind as inferiors. In that sense, they reinforced the white supremacy that kept them shackled to shame.

“Quite often, the behaviour that people showed in different periods of time came from the legal systems and structures that were put in place by the government,” Hewett points out.

She adds that government policies that favour certain ethnic groups can lead to “structural racism, which is much harder to deal with than social opinions”. “Social opinions are fluid and can change over time,” she notes. “But once you embed something in law, it is very difficult to work against it.”

Southeast Asia has long shed colonialism, but white is still might in the region enthusiastically slathering on skin-lightening cream. To this day, those of mixed European and Asian descent find themselves trapped in narratives shaped by how white they look.

Hewett points out that fair-skinned Indos, darlings of local pop culture, used to play lead roles in soap operas. But as anti-Western sentiments spread in the country, white skin was increasingly associated with loose morals.

Indo actresses increasingly found themselves type-casted as “antagonists of dubious moral calibre”. In her interviews with Indo youths, she found that these prejudices are tainting anyone who has European features.

“And because these stereotypes are so ingrained, a lot of children of mixed marriages, or those in Jakarta at least, deliberately distance themselves from popular culture and modelling, and reject any kind of offers from these industries,” says Hewett.

In other words, children of European and Asian mix continue to resist being reduced to their appearances.

“We can’t control our ethnicity,” says Aishah. But she is reclaiming her identity. Growing up, the Malaysian had always been stumped by the ‘race’ column on official forms – one typically gets to choose only from ‘Malay’, ‘Chinese’, ‘Indian’ or ‘Others’.

Aishah is not fully Malay, but she is not entirely ‘Others’ either. She straddles both worlds.

These days, Aishah no longer hesitates at the rigid racial categories. She ticks the ‘Others’ box and adds, in her own handwriting, “Malaysian”.

This feature was first published in the August 2018 issue of UNRESERVED.

Related: ASEAN: Is There a Point To It? 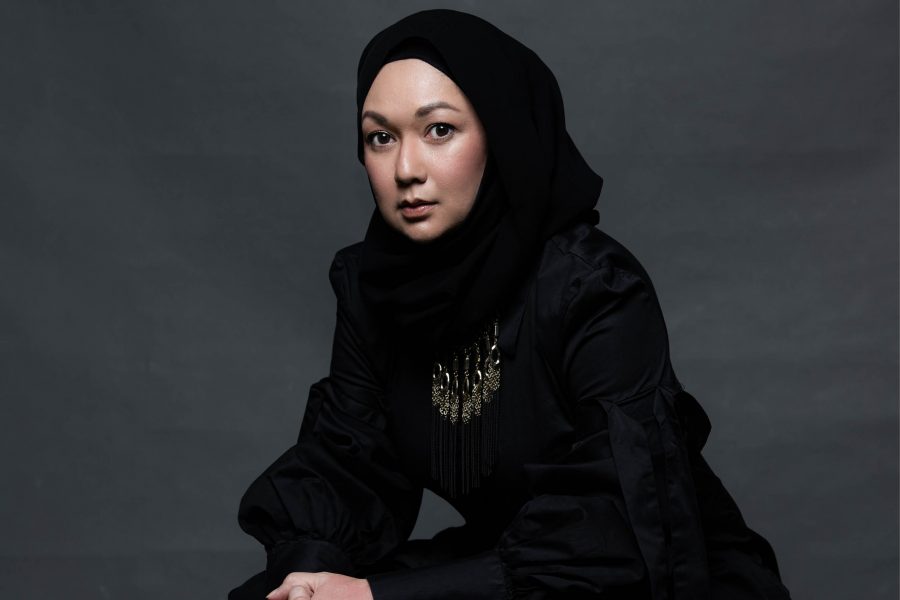 Why Have Russia and Japan Been Fighting Over These Islands for More Than 70 Years?
By