Love, jealousy and power… the Ramayana has it all. No wonder it’s the foundation of modern storytelling.
Iqbal Abdul Rahim
Friday 6 April 2018 As Mrs Potts would have it, it’s a tale as old as time. And indeed it is: love, jealousy, power, inheritance and the inevitable stepmother.

The Ramayana, written some 2,500 years ago, is the original Bollywood script.

But one sees the thread throughout literature, cinematic and television history: from Shakespeare’s King Lear to Dickens’ stories of grimy London to Dallas/Dynasty and modern-day Hollywood films.

There’s always the good guy who’s disliked by a new member of the family (usually the stepmother), and gets sent away.

(Above) On Chuan: Shirt and pants by Hackett; bag by MCM.

Luckily, he has an ally who accompanies him into the jungle of exile.

In his turmoil he meets a virginal flower who accepts his love and lack of station.

(Above) On Katrina: Dress by Milly at M Pavilion; earrings, stylist’s own. On Chuan: Shirt and trousers by Comoddity; shoes, Chuan’s own.

But as fate would have it, and fate is a big-time baddie in Bollywood, he’s not the only one who likes her. The evil conniver steals her, forcing the good guy to find more friends to win her back.

(Above) On Katrina: Dress by Melinda Looi; earrings, stylist’s own. On Omar: Shirt by Biyan.

Eventually the good guy has the sense to go home and claim what’s his: nothing less than the estate, oil wells and a lead role in the family saga.

Stepmum is forgiven and left to be forgotten by all and sundry. Daddy is let out to pasture.

But this being Bollywood, it’s never the end.

(Above) On Katrina: Sequin dress by Farah Khan. On Chuan: Tuxedo by Hackett.

This feature first appeared in the April 2018 issue of UNRESERVED.

Related: Behind the Scenes of UNRESERVED’s Ramayana Shoot 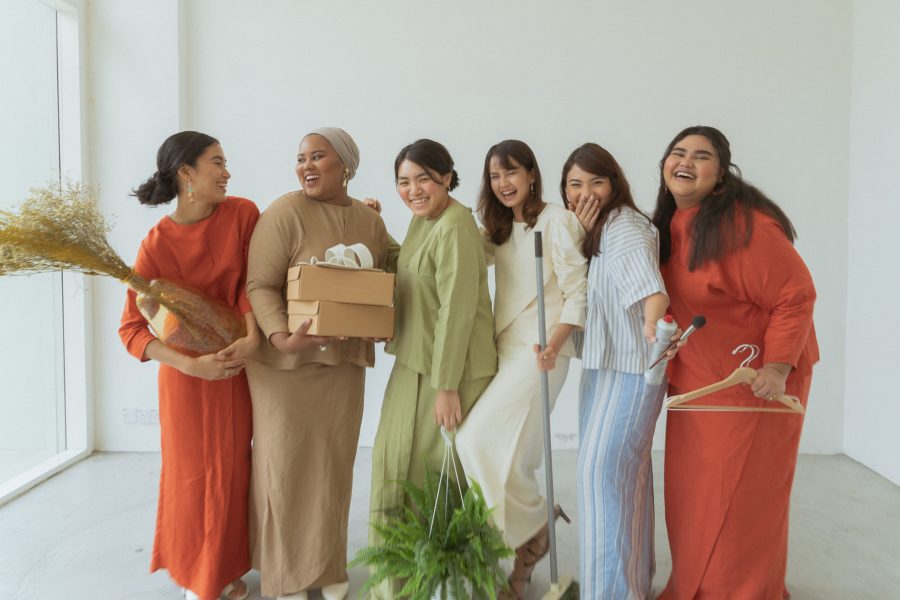 For Love of Country: 6 Paintings that Celebrate Malaysia's National Identity
By Ezza Zainal
In Pictures: All-Time Best of the Cannes' Red Carpet
By Lainey Loh