Many influential figures have been paying their respects to the titan of broadcasting who passed away at 87 years old.
Ezza Zainal
Sunday 24 January 2021 The iconic TV and radio broadcaster Larry King died at the age of 87 on Saturday. After being hospitalised for more than a week, CNN’s best-known host has passed away at Cedars-Sinai Medical Center in Los Angeles as reported by his closed ones. We send our deepest condolences to his family, friends and fans from all around the world.

The company he co-founded, Ora Media, did not state a cause of death but media reports said King had been battling Covid-19 for weeks. It has not been an easy journey for the legend as King has dealt with numerous health issues over the years. He suffered from a heart attack in 1987, cancer in 2017 and angioplasty and stroke in 2019. Not to mention how he has been diagnosed with type 2 diabetes as well.

King started his broadcasting career in Miami in 1933. Then he made his way through by becoming a columnist for the Miami Herald, followed by securing a spot as a host for a national radio show in 1978. Over the course of his astounding six decades of career, King has successfully interviewed anyone worth interviewing. From sitting presidents to royalties and celebrities, you name it; he has interviewed them all.

Some of the highlights of his career would be the nonstop coverage of O.J.Simpson’s car chase back in 1994. He may be the most closely associated with the case as it happened. King also managed to interview Marlon Brando and the Beatles during his unprecedented 25 years of career. Besides highlighting the controversial issues, King also used his platform for good use. He supported Miss California Carrie Prejean for her anti-gay views and hosted a telethon for the relief effort in earthquake-ravaged Haiti in 2010.

“For 63 years and across the platforms of radio, television and digital media, Larry’s many thousands of interviews, awards, and global acclaim stand as a testament to his unique and lasting talent as a broadcaster,” Ora Media said in a statement posted on Twitter.

Many influential figures have been paying their respects to the titan of broadcasting ever since the announcement of his death.

R.i.P To the legend Larry King God bless him. 🙏🏿🕊 pic.twitter.com/2BwiN5O2rb

Just heard the awful news about Larry King. He taught me so much. He was a true mensch. He probably even taught me that word.
So long pal, thanks for all the laughs. Say hi to Rickles. #RIPLarryKing

True story: Larry King once joined me live on @MSNBC after I accosted him while we were buying bagels in L.A.

We talked politics for a segment I somehow got @MSNBC to call “Jakewalking.” (Sorry, @jayleno.)

Larry said the rich should pay more in taxes.

RIP to a total legend. pic.twitter.com/O38UdsfNYv

Larry King was a Brooklyn boy who become a newsman who interviewed the newsmakers. He conducted over 50,000 interviews that informed Americans in a clear and plain way.

New York sends condolences to his family and many friends.

I’ve had the honor of being interviewed by Larry King multiple times in my life. It was always a joy and a pleasure. He truly was the King of Talk. On a personal level, I’ll miss him. Professionally, we’ll all miss him. Rest In Peace, my friend. pic.twitter.com/lPt2BZybva

RIP to radio/TV/digital news legend @kingsthings. It was an honor to watch you do your thing, both on @CNN and in person. My Dad always asked me “Did you see who Larry King talked to last night?” Would’ve blown his mind to know that, one day, it would be his son. Thanks for that. pic.twitter.com/OTQrEar3c4

RIP Larry King, a giant and a gentleman.

RIP Larry King. He was one of the first programs I joined regularly when starting out and was always polite and inclusive of all sides. Condolences to his family. pic.twitter.com/LEICEOVkUe

I grew up watching your iconic interviews on CNN, & subsequently followed your interviews after CNN.

You will be missed.

Oh, no, Larry King died.
Before everyone made fun of USA Today column, etc, he was a *titan* in radio. “Open Phone America” got me thru many late summer nights lying in bed, Brooklyn stories, Carvel Ice Cream, etc. Called in once: “Mill Valley, California, HELLO!” Thx, LK. RIP. 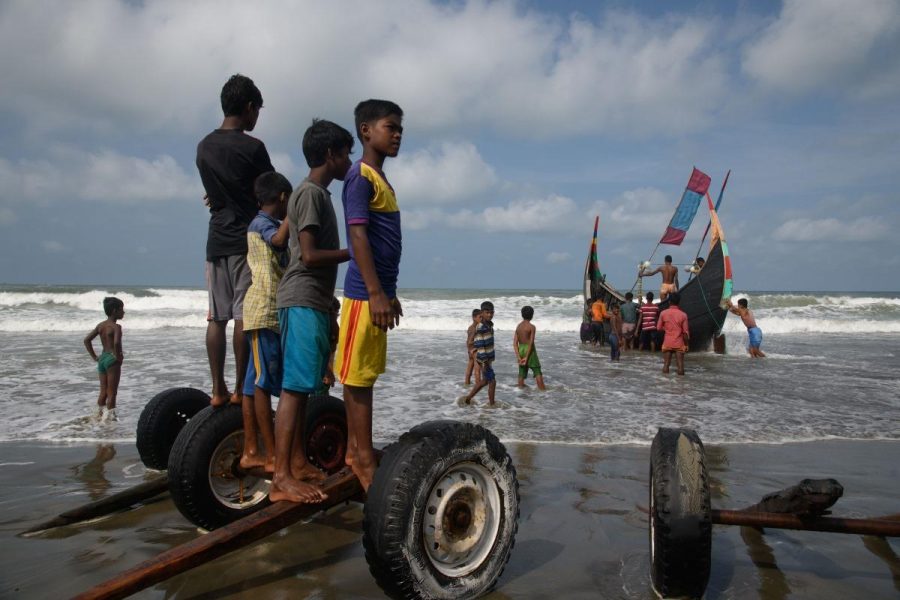