Rio Ferdinand: A Man for All Seasons

I never liked Rio Ferdinand as a player. This is because I do not support Manchester United – hey, not everyone in Asia does – and whenever he was playing against a team that I did support, he played annoyingly well. This is because, in his prime, he was annoyingly good.

Ferdinand was not a conventional centre-back. Playing football on the streets as a kid, he developed important skills that would go on to help his career and characterise his style of play. At very nearly 6’ 3” (1.9m) tall, he was lofty enough to be a commanding central defender, and he certainly had the physique – not a heavyweight perhaps, but definitely a fighting middleweight – but unlike many a burly, imposing last line of defence, he was as good on the ground as he was in the air.

He knew how to get the ball under control, and he knew how to pass. He rarely panicked, and almost invariably ensured that his distribution was judicious and accurate, and he accomplished this with a certain panache that harked back to his days as a ballet dancer.

I kid you not. The man attended classes at London’s Central School of Ballet for four years as a youth. It’s kind of fun to imagine Rio in tights and a “dance belt” (the ballet name for a thong jockstrap, let’s not mince terms), and even more fun to picture him in a tutu, but that’s just sour grapes from me as I remember the times he defied my team with his “they shall not pass” mentality.

His teammates would have enjoyed playing with him. They realised his importance in the structure of a team – managed by Sir Alex Ferguson – that picked up six English Premier League titles (and a UEFA Champions League crown) between 2003 and 2013.

It was a golden era for Manchester United, and Ferdinand’s heyday as a player. At the time, he was regarded as one of the best centre-backs in the world – he twice swapped the colour of his matchday shirt for record fees; such was the demand for his services. He was coveted by other clubs and got paid a shed load of money for plying his trade. Like all sportsmen and sportswomen, however, he knew it wasn’t going to last.

Stories of retired footballers going off the rails are legion. I’m reminded of the description of Tom Buchanan in The Great Gatsby when Fitzgerald suggests that he was “one of those men who reach such an acute limited excellence at twenty-one that everything afterwards savours of anti-climax”.

Buchanan spent the remainder of his life after his glory days at Yale as a footballer (American), restless and constantly looking for the kind of excitement and adulation that his sporting prowess had afforded him. But he never could, or did. The same could be said of professional footballers who know little other than the game itself, and fail to find purpose in a life bereft of the structure and discipline of being part of a football club, and the rush of sporting endeavour and idolatry.

Retired footballers often turn to drink, and/or gambling, and have been known to fritter away whatever savings they may have had, leaving them destitute and often psychologically damaged, and this may have been something that Ferdinand was aware of as his career wound down and he realised (after denial, anger, bargaining and maybe a little depression) that his playing days were nigh.

He put plans in place, setting many of them in motion prior to his last kick of a football on the field, and ensured that when his boots were neatly hung up, he had something to move on to. And he left no stone unturned, looking into several options, thrusting many an iron into many a fire, and making sure that, above all else, he wasn’t going to end up like so many others – bored, still looking for the kind of adrenaline-fuelled highs that sporting conquest brings, and without the wherewithal to look after his loved ones.

Ferdinand read the situation as well as he read the game on the field. As any good defender will tell you, anticipation is key, and being in the right place at the right time, absolutely crucial.

I’m preparing for the interview. I’ve decided that I’m not going to talk about football too much. That’s what everyone would do. I want to find out what makes a former professional footballer tick, and I’d like some payback for all the times Rio made me suffer as a fan supporting the team he was playing against.

Ferdinand’s career was not all plain sailing, however. Infamously, he “missed” a drug test in September 2003 that led to an eight-month ban from football. It also meant that he missed the UEFA European Championship in 2004.

While claiming that it was all a misunderstanding, it led to a series of events that could have derailed (even ended) his career. Some players would have been cast by the wayside, but Ferdinand was so good that even Sir Alex Ferguson – a notorious disciplinarian who brooked no infringement unless he perpetrated it – stood by his man, and had no hesitation whatsoever in bringing him back into the fold at the earliest opportunity. The rest is history. Ferdinand repaid the faith in him by helping Manchester United to pick up another five Premier League titles in less than a decade, elevating the player to superstar status.

Being a public figure – he was captain of England for quite a few games – his off-field antics were also under scrutiny and fodder for the UK’s tabloid press whose slasher mentality accounted for many a tall poppy. Ferdinand’s meticulously curated “family man”, “role model” image was called into question when it was revealed that he had been a serial philanderer. Ferdinand sued the Sunday Mirror for invasion of privacy on one occasion after revelations of an affair, but unlike most games that he played for Manchester United, he lost. It wasn’t his finest hour.

Ferdinand freely admits to being part of the “drinking culture” in football in his early playing days, but maturity, a sense of responsibility and the realisation of the damage being done to a finely tuned machine awash with unproductive lubrication were enough, ultimately, to get him back on the straight and narrow tracks.

Nevertheless, for any athlete, retirement can be difficult. For Ferdinand it came at a time of great personal tragedy. His wife (the mother of his three children) passed away from cancer at the age of 34, and Ferdinand, as most people would, struggled to deal with it. Preparing for a game is one thing. Preparing for personal tragedy is quite another. Raised on a council estate in Peckham, South London, demonstrating emotions would have been seen as a sign of weakness, and footballers in general don’t really do “touchy-feely”.

In that same year Ferdinand retired from the game, with no apparent regrets. How difficult was the decision to make, I asked him?

“It wasn’t difficult, because my personal life was…things happened.” To this day Ferdinand is not comfortable talking about family tragedy, but he has made a documentary about it, and written extensively on the subject in a book. “It sort of forced my hand in that sense. I had to retire for family reasons, personal reasons, but I was well and truly ready, so don’t worry.”

I’m not worried. We’ve sat, face to face in a pub (closed to the public) and his body language is studiously positive. Legs spread; constant eye contact; Rio has nothing to hide, lots to say, and tons of wisdom to impart.

His final season saw him playing for Queens Park Rangers and “it wasn’t a great year on the pitch”. QPR were relegated from the English Premier League and Ferdinand played only 11 games. The experience was a far cry from his days at Manchester United where everything was a “well-run, well-oiled machine that sort of ran with its eyes closed”. Fortunately though, well-laid plans were already in place, with Ferdinand having already helped to start a digital magazine, found a clothing line, and have a poke around a couple of philanthropic ventures.

He also made sure to focus on a social media presence that aided and abetted his transition into the media, instantly becoming a television pundit. “I’m still emotionally invested in football,” he says, and “I do love punditry. I’m at the games, I’m at the stadiums, I’m pitch-side, still seeing the players.” Ferdinand has a lucrative contract with BT Sport in the UK, and he’s a good pundit. Opinionated but not outrageously controversial, he prides himself on telling it like it is, as he sees it, and certainly has the credentials. But it could all have been so different.

After retiring from football, Ferdinand thought that it might be a neat idea to become a professional boxer. He wanted to see if he had what it took to make the transition from one professional sport to another. There can be little doubt that adrenaline played a part in the proceedings, not to mention post-trauma psychology. Who wouldn’t want to beat the crap out of something or someone when you’ve recently suffered an unfathomable and wholly unjustified loss? Or was he just doing it because he shouldn’t, and others thought that he couldn’t?

“Obviously, at that time I realised that I missed having some sort of direction in terms of a physical challenge, so I was always into my fitness after I retired…I was always going to the gym.” Presumably someone suggested that he might like to hit people while he was doing all this, and the boxing idea was writ large.

Dressed in jeans and a crisply laundered white shirt, Rio seems to be engaged, and is engaging. He’s had media training, surely. His lips almost make a natural snarl – something that would have been useful to him as a player – but there’s no hint of growling today as he acquiesces to every request. He’s likeable, dammit.

But Ferdinand’s plans, for once, were thwarted by the British Boxing Board of Control, who refused to grant him a professional licence, leaving Ferdinand disappointed, but not bitter. He was 38 years old at the time, and despite being in the pink of health and fit as a fiddle, the governing body didn’t feel that it would have been appropriate to subject the former footballer to the cut and thrust of what Ferdinand himself accepts as being a “brutal sport”.

“I look back now,” he says, “and I probably need to say ‘thank you’ that they didn’t do it. It was probably a blessing in disguise.” Besides, Ferdinand had already battered so many of the other fish to fry. Why would he want to put himself in harm’s way when there was a business and philanthropic empire in the making?

This article is an excerpt from UNRESERVED’s October 2019 issue from the article A MAN FOR ALL SEASONS. 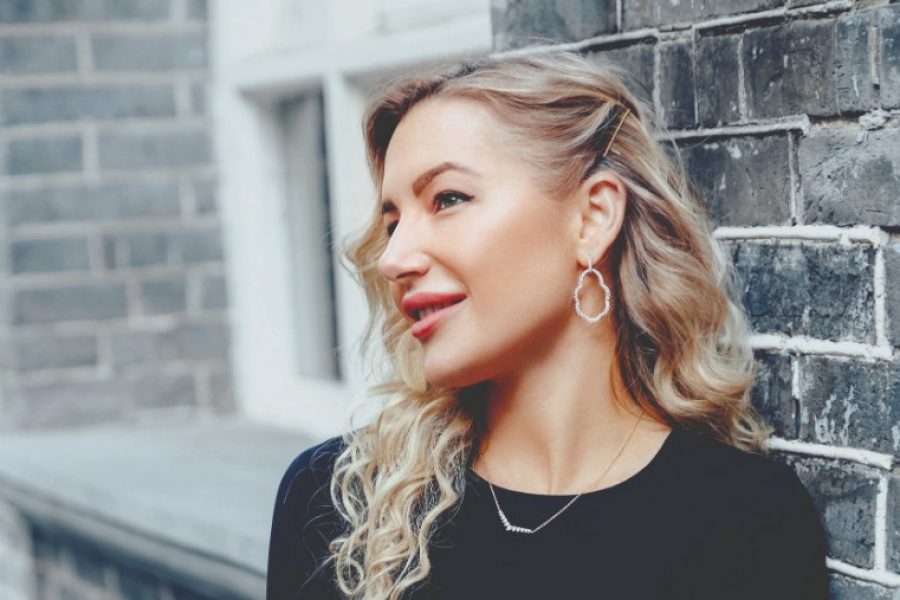 UNRESERVED Exclusive: Catching Up with the Cast of Last Christmas
By Kassandra Kassim
5 Powerful Men Who Are Defying Ageing
By Marlina Azmi