RIP Eddie Van Halen : A Tribute To A Gentleman Of Rock

Our Editor-in-Chief recalls a memorable afternoon with a legend in 1998.
Kassandra Kassim
Wednesday 7 October 2020 Born in the Netherlands and raised in California, Eddie Van Halen founded the rock group Van Halen with his older brother Alex in the 1970s. Photo: AFP

A lifetime ago, when I was still a radio DJ and producing a TV show for RTM, I had the insane opportunity to go to Los Angeles and interview a gaggle of celebrities from Denzel Washington to Harry Connick Jr. One of them was Eddie Van Halen, who then had regrouped with his band Van Halen for the album Van Halen III with Gary Cherone in the lead.

We were invited up to his sprawling house in LA, with magnificent views of the Pacific crashing into the beach, where his then wife Valerie Bertinelli made us coffee. We chilled out with Eddie whilst we sat waiting for the other band members to turn up. I played Chopsticks on his baby grand and remember the atmosphere as being laid back and “normal” and very unrockstar-ish. The man himself was jovial and warm, and bursting with energy.

During the interview, the one stand out quote I remember was when I asked the band on their thoughts on the departure of David Lee Roth. Eddie very quickly said, “Oh, he had LSD issues”. I remember feeling taken aback and replied, “He had a problem with drugs?” To which Eddie responded with a raised eyebrow and a deadpan expression, “No, he has lead singer disease,” after which everyone roared with laughter. A few years after that, the two seemed to have buried their respective hatches, as they went on to write a few more songs together.

It was one of my most entertaining yet “normal” afternoons. No anxious assistant or diva demands in sight. Photo requests were met with enthusiasm, and in this one photo I have included here, he insisted I wear his hat because he said, “It would look cute.” We were after all milling about in the living room of a rock legend. He was just a normal kinda guy that you could just hang with.

It’s possible his rock n roll flair came from his Indonesian mother, but his strong sense of normalcy was due to his Dutch heritage. There is a saying in the Netherlands, Doe maar gewoon, dan doe je al gek genoeg. Translation: Just act normal, that’s already crazy enough! It’s a saying that nine out of 10 Dutch people defined as their national characteristic, which is probably why this extraordinary rock legend made such a huge effort to be just an ordinary Joe who happened to have a few platinum albums, a Grammy and was inducted into the Rock ‘n’ Roll Hall of Fame.

Eddie Van Halen sadly died yesterday after a long battle with lung cancer. Rest in peace Eddie, thank you for the music and may you rock on with the gods. 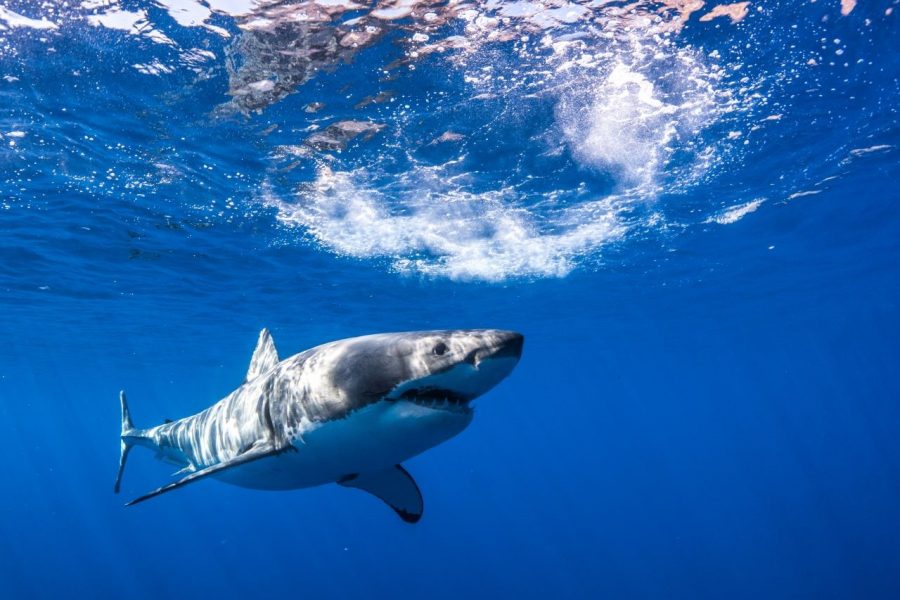 Why You Shouldn't Miss Out On Shark Week
By Zoe Ibrahim
WATCH: The Final Trailer for ‘Fantastic Beasts: The Crimes of Grindelwald’
By Zoe Ibrahim