A whodunnit which happily, doesn’t involve a dead body.
June See
Thursday 31 May 2018 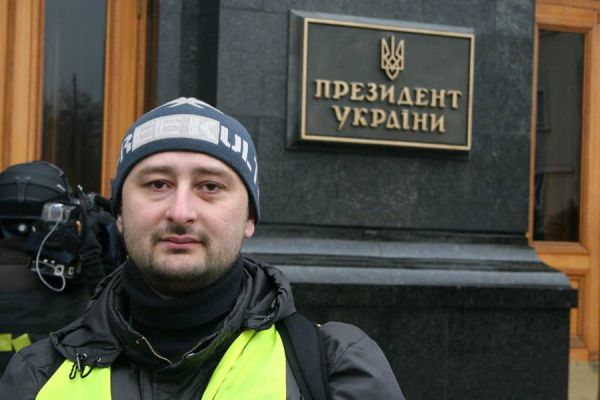 Like something out of a spy film, Russian journalist Arkady Babchenko who was thought to have been murdered in Ukraine, turned up alive at a press conference on Wednesday.

Initially held to update the media on the crime, journalists were stunned when instead, Babchenko himself walked out to address the crowd, explaining that the elaborate cover-up was in a bid to uncover an alleged Russian-ordered hit on his life. No – this belief-defying event was not an act of the divine, but rather, a staged murder by the Ukrainian security services to foil the assassination attempt.

Russian response to the incident has been strong, with the Russian Foreign Ministry stating that it is “obviously calculated propaganda” and “anti-Russian provocation…to [further] promote Russophobic lies”.

Deputy Chairman of the International Affairs Committee of Russian Federation Council Vladimir Dzhabarov added that Kiev is now “disgraced in the eyes of the whole world.” Wow – these Russians do not mess around. Conversely, Ukrainian security services received hearty congratulations on a well-executed operation from Ukrainian President Petro Poroshenko, with Babchenko himself thanking them for coming to his aid.

Babchenko had reportedly been shot in the back in his apartment, where his wife found him close to death. A government official added that he had died in an ambulance on the way to the hospital.

Ukrainian Prosecutor General Larisa Sargan confirmed that security services had apprehended two people they believe to have played key roles in the plan to have him murdered – the person who ordered the killing and the potential assassin.

An outspoken critic of the Kremlin, Babchenko had previously reproached it in Facebook posts about the downing of Malaysia Airlines flight MH17 as well as a 2016 military airliner crash carrying members of the Alexandrov Ensemble.

Revealing that Ukrainian officials had advised of the threat against him and their plan to foil the assassination a month ago, he added that he “had no choice but to cooperate.” Talk about being stuck between a rock and a hard place.

Whatever transpired, it’s clear that this is an unprecedented turn of events that seems to yield more questions than answers.

He Killed 2 Women and Put 1 in a Bag
By SK Effendi
The Beauty Queen Murder That Shocked Malaysia
By D. Kanyakumari
A Family Feud Turned Bloody
By Amylia Hilda