On the road to Bocuse d’Or 2021, the 26-year old culinary whiz is bringing the heat to the prestigious competition
Najihah Rashid
Friday 16 July 2021 Meet Singaporean Chef Mathew Leong. At 26, he is Singapore’s youngest ever candidate for the Bocuse d’Or 2021, the Olympics of the gastronomy world.

He’s made quite the voyage in the culinary realm, and it all began with his first competition, which took place in his adolescent years. If this were a game of chance, you would call it beginner’s luck, but there is no such thing when it’s a showcase of skill—he took home the gold in his very first competition.

Spurring him on was none other than his mother. “I’d always help her when she whips up a storm in the kitchen for the family,” he says. And from all those hours together in the kitchen, a couple of recipes—like Hong Kong-style steamed fish and fried scallion beef—have stuck to him.

It was all fun and games until he met Celebrity Chef Jimmy Chok, who pulled the culinary curtain back to unveil the wonders of a restaurant kitchen. Leong, 13 years old at the time, was given a whole day’s tour of Chef Chok’s restaurant in the Singaporean Supreme Court. “I was in awe the moment I stepped into his kitchen. It really ignited my passion to be a chef and achieve culinary excellence. I’d say that if it’s not for this opportunity, I would not be where I am today, embarking on this culinary adventure,” he shares.

From that point on, it’s been full-steam ahead for him. Conquering Singapore’s culinary competition scene has revealed that he thoroughly enjoys cooking and crafting unique dishes. After completing his national service, Leong spent months looking for the right opportunity. By this point, he’s already had experience from the kitchens of the Ritz Carlton, the then-Marina Mandarin Singapore, and Tippling Club. Being a man with a plan, taking strategic steps in his career is paramount. 21 years old then, Leong packed up his bags and left for Norway to accept an offer from Re-naa, a one Michelin star restaurant. (Note: the restaurant now has two Michelin stars.)

It was all part of the game plan: Leong has long learned that most of Bocuse d’Or medallists hailed from Norway, so it would only make sense for him to maximise his odds by heading to the Nordic country. At Re-naa, he took on the role of chef de partie. In 2018, he went to work at Michelin Plate restaurant À L’aise in Oslo, where he climbed the ranks to become the head chef and second-in-command to the restaurant’s owner, Ulrik Jepsen.

At À L’aise, he definitely lets Singaporean flavours shine through the dishes he creates. It is a welcome whimsical twist for the locals in Norway. So, with an extensive list of culinary exploits in both Singapore and Norway, you would think that he has come to have a preference. He has not. “I don’t think I will be able to choose one. Every kitchen I have worked in has taught me a lot and contributed to my growth over the years. The only difference is the different experiences I gained from working at different restaurants, having to learn to create different cuisine and dishes,” Leong admits.

However, there are moments that cannot replace the Singaporean kitchen experience that will definitely serve him well in the upcoming Bocuse d’Or Final 2021. “I started my career with zero knowledge, and I remember I would always volunteer to stay back to work extra hours, just because I wanted to learn more from my mentors then. I was aware that I needed to work doubly hard to climb up the rank. While it was tough and exhausting staying in the kitchen for more than 15 hours every day, I am glad I persevered because it has taught me a lot. I can say that your achievements will be the testament of your hard work,” he shares.

It’s safe to assume that the combination of natural talent and grit has jettisoned him to where he wants to be. Ever since he’s heard of Geir Skeie, who won the 2009 competition at the age of 29, he’s made it his raison d’être to be the youngest to ever win the prestigious event. Fast forward to 2021, he’s right on track, proving that man truly is the architect of his own fate. “The biggest motivation for me is to achieve the goal I’ve set for myself since I was 15. Whenever I feel demotivated, this is one quote that I live by: ‘Winners make things happen and losers let things happen’.” It’s been a long time coming. He is two months away from making his dream a reality, and all the years’ toil worth it. UNRESERVED asks if he has anything to tell his younger self, and this is his reply: “The journey in the beginning may be tough, but don’t give up. Persevere and continue to push harder every day, because it will eventually pay off.”

Hard work is not all that it takes. To make it to this point in his career, some due sacrifices were made. “It’s been five years since I left Singapore to pursue this. The last time I was home was one and a half years ago,” he reveals.

For those who intend on going down the same path, the Chef has these pearls of wisdom to share with you: “I always believe that tough times don’t last, tough people do. If you want to achieve something, you have to be prepared to be faced with challenges and have a strong mindset to endure every struggle you encounter. Being in this industry is never easy, you have to undergo a lot of pressure, working long hours. But if you are really passionate about it, it’s important that you create opportunities for yourself and not just wait for opportunities to come knocking on your door. Be courageous enough to step out of your comfort zone, because that’s how you will learn and grow.”

This great achievement, being the youngest candidate to represent Singapore, comes with its own catch. “I have heard people around me telling me that I am too young, and inexperienced to compete in such a prestigious culinary contest. People have their doubts about me because of my young age,” Leong says.

It is a tall order, and perhaps the skeptics have had their hopes crushed one too many times. The only time Singapore scored a medal was back in 1989—yes, more than 30 years ago!—when Chef William Wai took home a bronze. Not only does Leong want to be the first Singaporean to win gold, he’s also striving to be the youngest chef ever to win.

“This is something I want to achieve not just for myself, my family and loved ones, but also for all my mentors who have been supporting, helping, and guiding me along the way all these years, placing their trust in me, as well as my country and the Singapore Chef Association.”

The world final, which will be taking place in September, in Lyon, France, is drawing near. Although the young Chef Leong is most excited to greet and battle the great Goliaths of the gastronomy world, he’s keeping a level head. The past three years have gone into preparing for this grand competition, and he definitely would not be leaving anything to chance.

Traditionally, chefs competing in the Bocuse d’Or are taken out of duty. Take Scandinavia for instance; participants from the region receive great financial support from a wide range of sponsors, which allow them to focus on the rigorous training for Bocuse d’Or. This is an extra challenge for Leong, because he was not doled out such financial grants. Instead, he carries on to work full-time as head chef at À L’aise. He only has the two days off to train for this huge competition, and each session takes an average of 10 hours.

On top of that, the competition updated its rules, introducing a twist that can only be inspired by the pandemic. This year, candidates will showcase their own take on takeouts. “All dishes [starter, main course and dessert] must be presented in a reusable box designed and developed by the candidates from materials of plant origin. Now, I also need to work with the design team to create a takeout box that is sustainable, and since the design is one of the marking criteria, a lot of work needs to go into it,” he says. Judging by his masterful work in Singapore 2019 Selection, we bet he’s going in with a few tricks up his sleeve.

Outside of this fiery competition, he is just another human chasing his dreams. And just like most occupational wanderers, Leong sometimes longs for the taste of home. “Besides my mum’s signature dishes, I really miss eating local food like Ou Jian (fried oyster omelette) Hokkien mee (fried prawn noodles), chilli crab, satay, and drinking my favourite teh-peng (iced milk tea). I do make some of these dishes whenever I crave them, but they just don’t taste like home,” he confesses.

Although the world can never truly go back to what it once was, it’s just a matter of time for the ban on leisure travel to be lifted. And when we get to the other side, here are some spots in Singapore that have Chef Mathew Leong’s stamp of approval: for the quintessential tourist experience, head over to Dempsey’s Long Beach, where they serve amazing chilli crab and salted egg crab. But if you want the real, local experience, Newton Food Centre should hit the spot, with an array of famous local food such as BBQ stingray, satay, char kway teow (stir-fried flat rice noodles), and of course, durian.

He’s got you covered for your future trip to Norway, too. “I’d highly recommend Dinner Restaurant and Bar. They serve amazing Cantonese cuisine that really captures the familiar flavours I grew up eating. The taste really hits close to home,” he enthuses.

For Malaysians looking for a domestic, Chef Leong-approved dining experience, turn to Penang. “Some of my best meals I had were no doubt the local food such as cendol, Penang laksa, Hokkien prawn noodles and char kway teow, which are different from the ones we have in Singapore.” 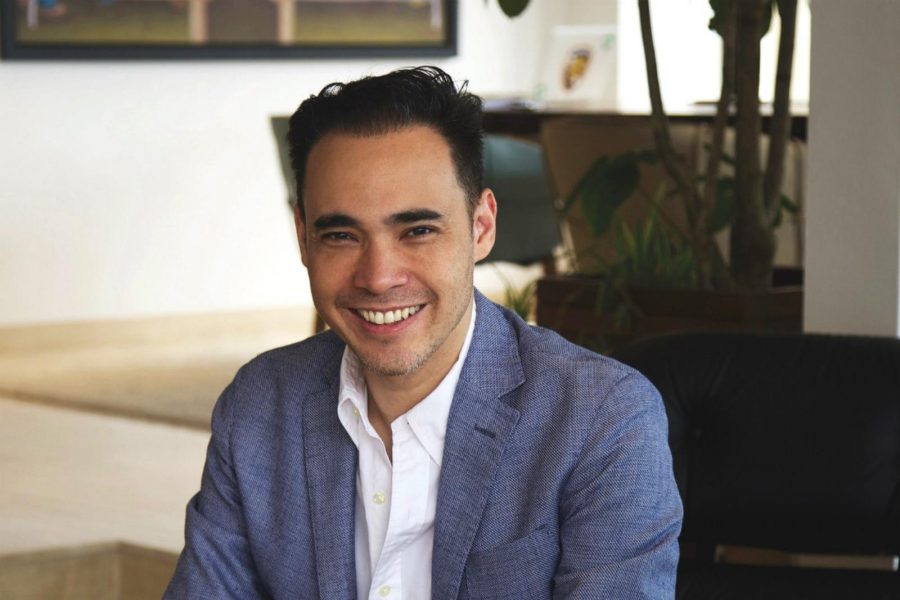