Singapore is "Worth a Special Journey" According to the Michelin Guide You would almost forget that the most influential restaurant guide in the world started as a marketing idea from a tyre company. Around 1900 there weren’t that many cars, fewer than 3,000 in France for instance. So, Michelin started publishing maps and guides to provide useful information to drivers and have them make more trips; because more trips mean more tyre usage. This idea has steadily grown into a restaurant guide that can make or break the careers and reputations of Chefs and restaurants, worldwide. The Michelin Guide currently rates 30,000 establishments in over 35 territories.

The Guide started in France, then Europe of course, but over the years has branched out to South and North America, the Middle East and Asia. Surprisingly, Japan, not France, has the most restaurants with Michelin stars per capita. The only other Asian country in the top 15 is Singapore, ranking as a proud number 7 in the world with no less then 52 Michelin star restaurants and three of them are…worth that special journey.

So how did Singapore get up there? How did they develop 52 Michelin star restaurants and another 197 restaurants that are listed in the Michelin Guide? There is even a hawker stall which had a 1-star status for a few years. We caught up with John Gregory Conceicao, Executive Director Southeast Asia from the Singapore Tourism Board STB, to find out what they have been ‘cooking’ in Singapore.

How did Singapore attract the attention of the Michelin Guide

“The very nature of Singapore being a port city means that throughout our history we’ve attracted a confluence of influences. You have people from the Malay world of course and then after that you have Chinese, Indian, and Arab influences. Later on, you had Europeans coming: the Portuguese, the Dutch and the British. So you have this little island with so many influences, and I think we’ve been evolving, and that kind of fusion led to what we call today ‘reimagine food’. Because the Chinese food is not really the same in Singapore as it is in China, same with Indian food, etc.”

“The fact that as a country we needed to survive, because we were small and without resources, created a kind of atmosphere and environment that lends itself to creativity and innovation. Which then gets translated into our food offerings. When you have that kind of creativity and innovation, it makes you a bit more distinct. The Michelin Awards came quite naturally and Michelin wanted to focus on what we have, whether it’s our food or whether it’s our drinks.”

What lies behind the ambition, especially when it comes to food, to get it to those high levels?

“I think that passion, hard work, the striving, the ambition is something that has been part of our DNA. We are meticulous in how we move things and how we approach whatever we do. We put in 100% of our passion because people like us, we always want to be number 1, we are ‘kiasu’. Because if you really need to survive, you need to really make sure that you move in the right direction and enable yourself to achieve what you really want to achieve. And again, because we’re small, you always want to be the best. That gets translated into everything we do as a country. That’s the same for the food scene. If you look at our Chefs and Mixologists, it’s all born out of their passion and their struggle, because if you want to survive in the food industry, if you want to survive in the entertainment industry, you will struggle because there are so many things against you. Especially in a country like Singapore were parents want their children to be a professional like a doctor, lawyer, engineer, etc. and not go into the food and drinks industry. So people fight because they have a passion and when they make it… they really make it.”

Investment is key in realising ambition; where does the investment come from? Government?

“The government’s role is to support the industry in general. Through schemes, funding and advice. The government gives funding up to 70% in Singapore, if you want to adopt technology in F&B. That support is important. If you look at a lot restaurants in Singapore you will see self-service scanners and QR codes for ordering, this will help with the shortage of manpower. Some people prefer to have the human contact of a service staff, but today people are tech savvy, and efficiency is also important. If people can order food using technology, they would.”

Talent is so important; how did Singapore attract and nurture all that talent?

“The food scene is attractive because there is creativity; and that attracts young people. Young people say maybe I don’t want to take the tried and tested road going in professions like law, engineering and medicine and I am going to do something more interesting. Because I have seen this Michelin star restaurant, I have seen Master Chef and it looks quite nice for young people to cook. The whole industry is seen as attractive because it’s seen as glamorous; but behind the scenes of course you really need to work very hard. So I think that attracts people and talent into an industry that’s otherwise toil and sweat. The perceived glamour is very important in attracting people into the industry. So that’s one. That’s the high-end level of the industry.”

“Then we are looking at hawkers and their next generation. You have ‘heritage food’ that families are passing down to their children. But the children are also innovating, they are using technology to innovate.  Government schemes and schools in Singapore, culinary schools, are training the next generation of people to take over the management of hawker stalls. They may have chosen heritage food that they want to focus on, but they want to make it more innovative. So, the noodles… instead of using the normal noodles they use pasta or they use some kind of Japanese noodles. And that’s how things will evolve in a country where innovation is important, and you can also apply that to Hawker food.”

About 30 years ago, your former Prime Minister, Lee Kuan Yew complained publicly there was no creativity in Singapore, and he said you need chaos for there to be creativity. What happened from that point on? What do you think happened in Singapore that led to all this creativity?

“Personally, I think it’s organic. It’s very difficult to engineer creativity. I think globalization, you can’t stop globalization. Singaporeans travel and they see things happening outside, come back and they want those things they see outside and if there is a demand then somehow the supply will come in. So firstly, people travel. Secondly Singapore as I mentioned to you by its nature of being a port city, attracted that kind of globalization, attracted that kind of influences that then engendered creativity.”

Do you think Singapore food can travel like Chinese and Thai food, because obviously when your culture travels the world, you become more influential?

“We are small and to have Singaporean restaurants in its Singapore form across the world, I don’t think we are going to make it the way that Thai food has exploded. There is a Thai restaurant on every street corner in Europe or US. But what we have is the more innovative style of Singapore, the Mod-Sin kind of food, where we manage to fuse things that are local with things that are global, and present that.”

Does the attitude of fusing come from the Peranakan culture that you have, which is inherently about fusion?

“I don’t think it’s just Peranakan, of course we always talk about Peranakan being a fusion of Malay, Chinese, and some western. I think there is a lot of Singapore food has fused and has been reimagined. Like the food that Labyrinth, a One Michelin Star restaurant, has. I think LG Han has done good job reimagining Singapore Hawker food to the point where it has become a ‘Modern Singapore’ type of food. His Bak Chor Mee was made from squid, the Char Keow Teow is made from fish and that is interesting and innovative in itself. It’s very Singaporean, he’s put a total different in spin on the way he makes his noodle dishes, but it’s not just that….. because I think 80% of the food he serves, is locally sourced; the fish, the milk, the products, it is all locally sourced. I think that that’s where that movement is at the moment.”

Final words on the talent in Singapore, what can you say that we haven’t covered today?

“Talk to them! I think they have a passion story that would encompass some Singapore elements of struggle, we always talk about how we have to struggle because we were small and had no resources, and these people did struggle and then when they made it, everybody wants a part of that.”

We’ll take John’s advice so look out for more articles on Singapore’s talent in the food and drinks industry. 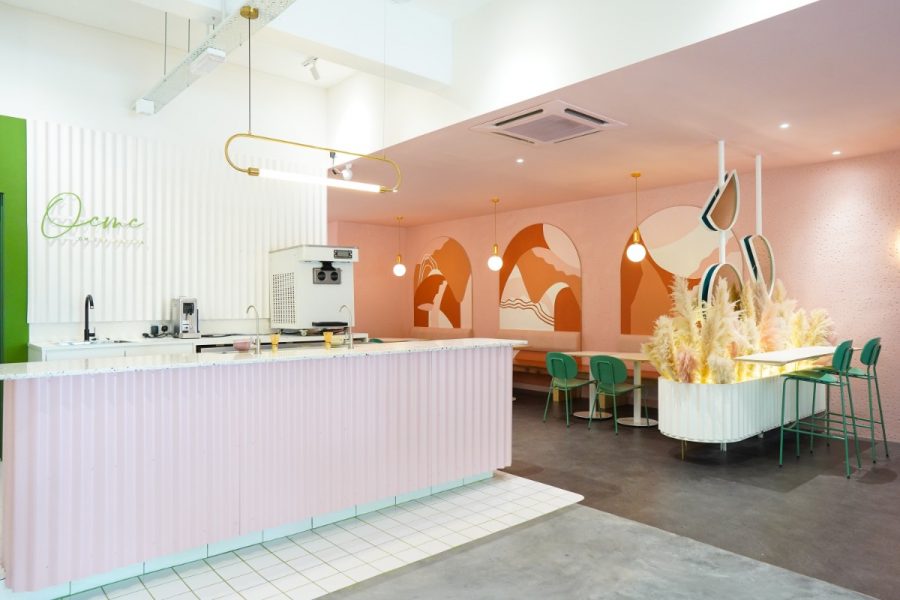