Soon, You’ll Be Able to Rent Furniture from Ikea

The company is going eco-friendly to address concerns its affordable, flat-pack business model leads to overconsumption and waste.
Lainey Loh
Monday 15 April 2019
Ikea is putting a a stop to the throwaway culture that it invented. Photo: AFP Relax News

Sceptics see the Swedish giant’s initiative as a mere marketing ploy, while supporters see a genuine seachange. Either way, Ikea says it plans to become a circular business by 2030.

It has already begun repairing and re-packaging products in every store that have been damaged in transit, as well as allowing customers to return products – including furniture – for resale or donation to charities. Ingka Group, which operates 367 Ikea stores worldwide, earlier this year launched a pilot leasing furniture in four countries, a project it now plans to expand to all of its 30 markets.

But renting a kitchen? The idea is actually not that absurd, said Cecilia Cassinger, a professor of strategic communication at Sweden’s Lund University. “Ikea’s products can be used and reused over a long period of time, thus reducing waste,” she said.

But Ikea’s 2030 goal could be difficult to attain, given its current carbon footprint. “The main challenges in making a shift to a circular economy are related to sustainable logistics (transport, storage, product assembly), services (repair, maintenance), and waste management,” Cassinger said.

The company aims to reduce its overall climate impact by 70 percent on average per product by 2030. “The biggest opportunity for reducing the Ikea greenhouse gas footprint comes in raw materials and the life of products in the homes of Ikea customers,” the company said in a 2018 sustainability report.

According to another report issued earlier this year, Ikea’s raw materials represented more than a third of its greenhouse gas emissions, at 36.4 percent. Transporting goods and customers’ transportation to stores – which are usually located outside city centres – meanwhile accounted for 19.4 percent of emissions.

Environmentalists, such as Greenpeace Nordic, say Ikea’s new initiatives are a good first step but say the company still has a long way to go before it can be considered environmentally friendly. “Ikea has the potential to become a fully circular business… but there are still major loopholes in terms of their ecological footprint that the new model does not provide a solution for.”

For example, its production units are located far from its main markets, requiring long journeys that pollute the environment. Most Ikea products manufactured by its subsidiary Ikea Industry are made in Poland, Russia, Slovakia and Sweden, but its biggest sales markets are Germany (15 percent), the United States (14 percent) and France (eight percent), according to 2017 figures.

Greenpeace is also critical of Ikea’s large-scale use of natural resources like palm oil and wood, as well as plastic. Ikea has vowed to eliminate single-use plastics by 2020 and help suppliers convert their plants to be climate-positive.

“Do we need to own everything we have at home?” said Lund University’s Cassinger, stressing that the consumer also has a responsibility to make green choices. Ikea’s 2030 goal can only be reached if the company manages to extend the lifetime of its products, she said.

And that’s a demand increasingly being made by consumers, said Ingka Group’s chief sustainability officer Pia Heidenmark Cook. “We have done a lot of research, talking to people in 10 markets and we have seen that consumer behaviour and consumer expectations are changing,” in particular regarding the environment.

Experts note however that Ikea’s products, with their typically low second-hand value, hardly conform to the new trend of “consuming less but better”. Ikea practically invented the throwaway culture by revolutionising furniture as trendy, affordable and disposable items.

So how does it adapt to changing consumer trends, while still running a profitable business? Ultimately, Cassinger called Ikea’s business model into question. “Sharing and leasing may be ways of becoming more sustainable,” she said.

“But another option could be to scale down production and focus on fewer product categories of higher quality and price that may be used for a longer period of time and that can easily be repaired and maintained by IKEA consumer services, as opposed to being replaced by a new product.” 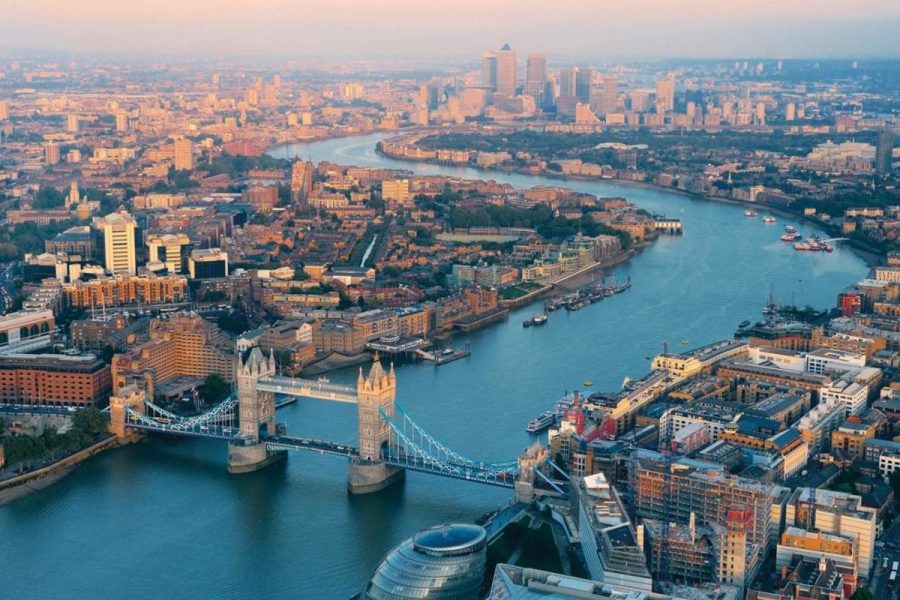 Does It Still Make Sense to Invest in Properties in London?
By Sreerema Banoo
You Can Own This Italian Paradise from US$1.1 Million
By